With the controversy over India's nuclear deterrence refusing to die down, top scientists from atomic and other fields today urged the government to quickly set up a high-level and Independent panel of experts to chalk out an effective course of action in development of thermo -nuclear weapons.

The proposed broad-based mechanism is required for getting the country out of the impasse in which it is on the "crucial aspect of our Credible Nuclear Deterrent and hence on the core of our national, military and political security", the scientists said.

The Group of 14 scientists said in a statement that by all accounts -- geological, radiochemical as well as seismic -- it is now quite clear that the fusion device (Hydorgen-bomb) during the Pokhran tests in May 1998 yielded a very low value of explosive power.

The group backed the claims by former Defence Research Development Organisation scientist Dr K Santhanam, who in the recent months has raised doubts about the efficacy of Pokhran-II tests. Santhanam was the project coordinator for Pokhran-II.

"The findings (by Santhanam) are extremely serious for the security of the nation, particularly in the context of our pronouncement of being a nuclear weapon power, along with our enunciated doctrine of 'no first use' and our 'unilateral voluntary moratorium and nuclear testing'," it said.

The group said an in-depth analysis of the country's real capabilities in terms of command and control systems, Nuclear Weapon Delivery System and the types, character and numbers of nuclear weapons needed to constitute the nuclear arsenal and keeping of that arsenal up-to-date, is essential -- "indeed actually pressing." Shekhar Suman on the campaign trail 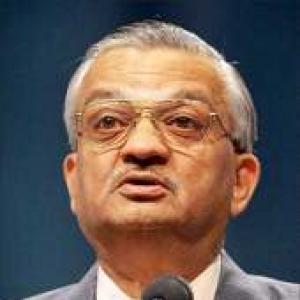