PM to scientists: Extend research from labs to land 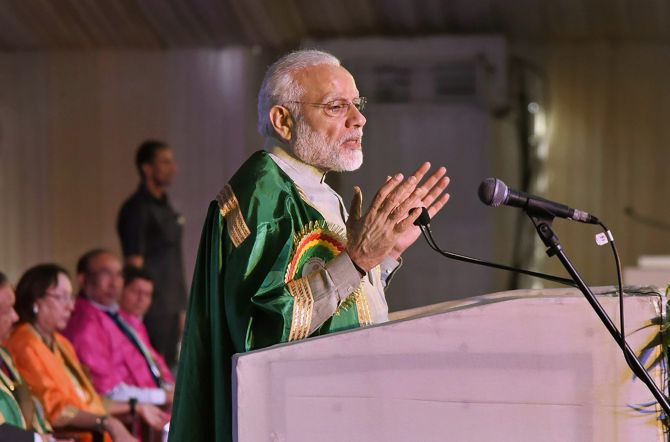 Prime Minister Narendra Modi on Friday exhorted scientists to extend their research from 'the labs to the land' for the greater benefit of the people and said time was ripe to redefine R&D as research for development of the nation.

Addressing the inaugural session of the 105th Indian Science Congress in Imphal, he said India has a rich tradition and a long history of both discovery and use of science and technology.

"It is time to reclaim our rightful place among the front-line nations in this field," he said, calling upon the scientific community to extend its research from 'the labs to the land'.

"The time is ripe to redefine R&D as Research for the Development of the nation. That is R&D in the real sense. Science is after all, a means to a far greater end -- of making a difference in the lives of others, of furthering human progress and welfare," he said.

Modi said the country has to be 'future-ready' in implementing technology vital for the growth and prosperity of the nation.

"Technology will allow far greater penetration of services such as education, health care and banking to our citizens," he said.

By 2020, the prime minister said, India should become a major player in developing technologies, devices, standards and manufacturing for 5-G broadband tele-communication networks.

"Together with Artificial Intelligence, Big Data Analytics, Machine Learning and cyber-physical systems, effective communication will be a major ingredient in our success in smart manufacturing, smart cities. Let us aim for India to be among the top 10 countries in the Global Innovation Index by 2030," he added.

Modi also talked about developing Clusters of Excellence in Science in cities around important scientific institutions with an aim to creating city-based R&D centres which will bring together all science and technology partners, from academia to institutes, to industries to start-ups. "This will help promote new discoveries and create globally competitive vibrant research hubs," he said.

Modi said India is committed to increasing the share of non-fossil fuel based capacity in the electricity mix above 40 per cent by 2030.

"Efficiency of solar modules currently available in the market is around 17-18 per cent. Can our scientists take a challenge to come up with a more efficient solar module, which can be produced in India at the same cost?" he asked.

Referring to the recently held Founding Conference on International Solar Alliance, Modi said India is a leader in the multi-country Solar Alliance and in Mission Innovation.

These groupings are providing a thrust to R&D for clean energy, the prime minister pointed out.

Listing out key initiatives taken by his government in the area of science for the northeastern states, Modi said the agro-meteorological services that benefits five lakh farmers will now be expanded to all districts of the region.

Besides this, State Climate Change Centres have been set up in seven northeastern states that will undertake risk analysis, and raise public awareness about climate change, he added.

An Ethno Medicinal Research Centre has also been set up in Manipur which will undertake research on wild herbs with unique medicinal and aromatic properties available in the region, the prime minister said.

Modi paid tributes to senior and renowned Indian scientists Prof Yashpal, Prof U R Roa and Baldev Raj, who passed away in last one year.

Yashpal was known for his contribution for taking science to the masses while Rao and Raj were space and nuclear scientists.

Remembering cosmologist Stephen Hawking, who passed away this week at the age of 76, Modi said the common man did not know the legendary cosmologist for his work on black holes but for his 'unusually high commitment and spirit' against all odds.

Hawking had a rare early-onset slow-progressing form of motor neurone disease that gradually paralysed him over the decades. This year's Indian Science Congress, which started on Friday, was a subdued one.

Due to the change of venue at the last minute -- from Hyderabad to Imphal --- there has been a dip in the numbers of delegates and scientists attending it. 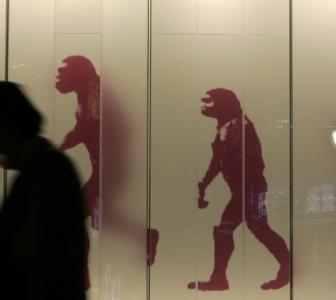 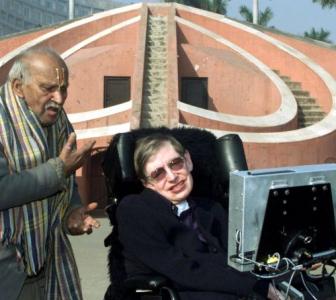 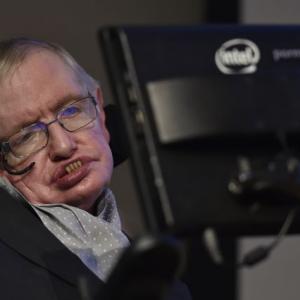