Highly placed sources in New Delhi said that both the prime minister and Sonia Gandhi worked the telephone wires with international dignitaries and heads of government to ensure that their sports teams participation make sure that the CWG does not flop.

A great deal of diplomatic effort has been put in at the highest level resulting in most of the countries suddenly appearing to be co-operative, virtually overnight, after panic had set in at both 10 janpath and 7 Race Course Road over the possible international boycott of the Commonwealth games.

Prime Minister Manmohan Singh was livid with his ministers for the shoddy manner in which the preparations have been handled by them.

Highly placed sources disclosed that in Thursday's meeting with urban development minister Jaipal Reddy, Sports minister MS Gill and Delhi Chief Minister Sheila Dixit, The PM accused them of "keeping him in the dark" on the ongoing preparations for the games and said that they had not done their job "as it should have been done."

The PM told off Reddy saying that the government had come under a great deal of criticism regarding the preparations for the games "but still you did not realize what was happening and did not do your job."

Sources said that the PM was extremely rattled by the criticism that he woke up too late and that he himself had not been proactive on monitoring the games. He is reported to have told Jaipal Reddy that the GOM headed by him was formed over 6 months ago and "that was the super body which was supposed to monitor the games. The GOM was supposed to meet every week and look into the ongoing preparations but you did not do that". He told the ministers, "you have kept me in the dark."

Sources in the PMO state that at Thursday's meeting the prime minister criticised the sloppy work at the various stadiums, the lack of cleanliness and the bad publicity that India was getting internationally as he blamed all the concerned ministers and the chief minister for the lack of co-ordination between them.The Prime Minister told them that with the foreign delegations already arriving, time was running out and it was time for them to co-ordinate their actions.

The national security advisor, the cabinet secretary, Delhi CM Sheila Dixit and Lieutenant-Governor of Delhi, Tejendra Khanna attended Thursday's meeting where the Governor was stripped of the responsibility of the Games village. 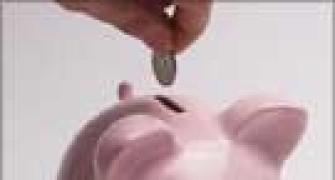 GoM on caste-based census to meet on Thursday