PM Modi has a jam-packed schedule in Singapore 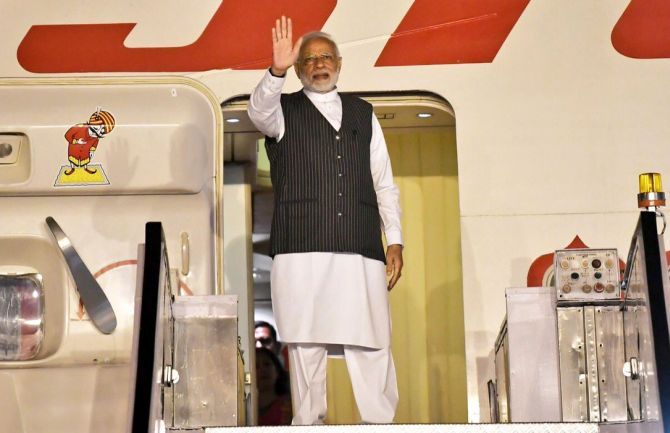 He will have a number of high-profile multilateral and bilateral meetings with global leaders including United States Vice President Mike Pence and Singapore premier Lee Hsein Loong during his visit beginning on Wednesday, Indian officials said on Tuesday.

Modi will reach Singapore on Wednesday morning for his 36-hour visit to the city-state and his first engagement after arrival will be to deliver the keynote address at the Singapore Fintech Summit. "Continued focus on 'Act East Policy'.

The PM said his participation in the ASEAN-India and East Asia summits symbolised India's ‘continued commitment’ to strengthen its engagement with ASEAN members and with the wider Indo-Pacific region.

‘My participation in these meetings symbolises our continued commitment to strengthening our engagement with ASEAN member states and with the wider Indo-Pacific region. I am looking forward to my interactions with other ASEAN and East Asia Summit leaders,’ Modi said in his departure statement issued on Tuesday.

‘On Wednesday, I will be the first head of government to deliver the Keynote address at the Singapore Fintech Festival,’ he said.

Modi said as the world's largest event on financial technology, the festival was the right forum not only to showcase India's strengths in this fast-growing sector, but also to forge global partnerships for fostering innovation and growth.

The PM said during the visit, he would also have the opportunity to interact with the participants and winners of the joint India-Singapore Hackathon.

‘It is my firm belief that if we provide the right encouragement and a nurturing ecosystem, our youth have the ability to become global leaders in providing solutions to the challenges facing humanity,’ he said.

Modi said he was confident that his visit to Singapore would impart fresh momentum to New Delhi's growing partnership with ASEAN and East Asia Summit nations.

‘As I depart for Singapore, I would like to extend my heartiest congratulations to Singapore for their able chairmanship of ASEAN this year, and convey my best wishes for all success in hosting ASEAN and related summits,’ he said.

Modi, who will be in Singapore on November 14 and 15 at the invitation of Prime Minister Lee, will attend the ASEAN (Association of Southeast Asian Nations)-India Breakfast Summit, India's High Commission in Singapore said in a statement.

‘The ASEAN-India Breakfast Summit at Singapore will provide an opportunity to review progress in the relationship,’ the statement said.

During the visit, Prime Minister Modi will have a bilateral meeting with his Singapore counterpart Lee.

On the margins of these Summits, Modi will hold bilateral meetings with other leaders.

Prime Minister Modi will hold a bilateral meeting with US Vice President Pence on November 14, the Ministry of External Affairs said in New Delhi.

The White House said last week that Pence and Modi would discuss the India-US defence cooperation and the bilateral relationship during their meeting in Singapore.

As strategic partners, India and ASEAN enjoy close trade and economic relations. Trade between India and ASEAN stood at $81.33 billion in 2017-18 and constitutes 10.58 per cent of India's total trade.

In an unprecedented gesture, all 10 ASEAN Leaders attended the Commemorative Summit and graced the Republic Day celebrations as chief guests.

During the Summit, leaders reviewed the whole range of ASEAN-India cooperation and adopted the Delhi Declaration.

Since its inception in 2005, it has played an important role in reviewing political, security and economic developments in the Indo-Pacific region, the statement said.

‘This will be Prime Minister's fifth engagement with EAS. At the 13th EAS, Prime Minister will join other leaders to discuss international developmental issues such as information and communications technology, smart cities, maritime cooperation, education, finance, food security, environment and energy at both the retreat and plenary sessions.

‘They will also deliberate on global and regional issues of mutual interest,’ the statement said.

Modi will attend the RCEP Summit to review the progress made on the negotiations presently underway to finalise the RCEP, a proposed free trade agreement presently being negotiated amongst 16 countries -- 10 ASEAN member-states and India, Australia, China, Japan, New Zealand and South Korea.

Since the commencement of negotiations in 2012, considerable progress has been achieved during the 24 rounds of negotiations at experts' level and 12 Ministerial Sessions.

‘India remains committed to a forward looking and balanced outcome that results in a modern, comprehensive, high quality and mutually beneficial economic partnership,’ the statement said.

On November 14, Modi will deliver a keynote address at the Fintech Festival- the first Head of Government to do so.

The festival, now in its third edition, is one of the largest events on financial technology and will see participation from Indian companies as well, the statement said.

On the same day, he will felicitate the winners and participants of India-Singapore Hackathon conducted by the All India Council for Technical Education and Nanyang Technological University of Singapore. 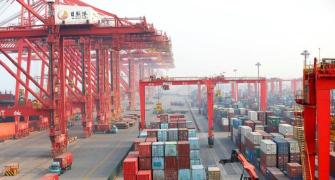 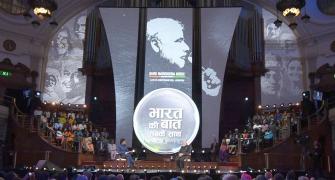 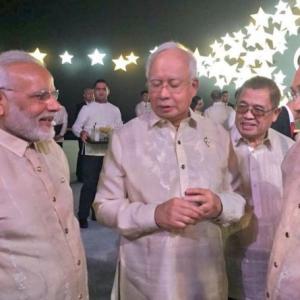