Prime Minister Narendra Modi arrived in Kathmandu on Tuesday with an aim to inject new momentum to regional bloc SAARC during its two-day summit beginning on Wednesday as he said development of close relations with neighbours was a key priority for his government.

On his arrival to attend his maiden SAARC Summit, Modi was accorded a warm welcome. He was given a guard of honour and a group of girls presented a cultural performance for him.

Modi will articulate India's position on various issues during the summit on November 26-7 and will hold bilateral talks with South Asian heads of state and government on its margins.

In his pre-departure statement, Modi said development of close relations with neighbours was a key priority for his government and he was also looking forward to holding talks with other South Asian heads of state and government on the margins of the summit. Prime Minister Narendra Modi is welcomed at his hotel in Kathmandu. Photographs: MEA/Flickr

"Although this is my first SAARC Summit, during the last six months, I have interacted extensively with leaders of SAARC countries beginning with their auspicious presence at my swearing-in ceremony. Development of close relations with our neighbours is a key priority for my Government," Modi said.

Noting that the summit's theme was "Deeper Regional Integration for Peace and Prosperity", he said India has always emphasised on the importance of greater regional integration at all levels for the socio-economic development of the South Asian region.

"We have undertaken several initiatives in this regard on bilateral, sub-regional and regional basis, and will continue to do more. We hope that the summit will lead to concrete outcomes, particularly in regard to various initiatives on enhancing connectivity that have been under discussion for a long time," he said.

"This will be my second visit to Nepal within four months, which reflects the importance we attach to our unique and special relations with Nepal. There has been significant progress in the implementation of the decisions taken during my visit to Nepal in August 2014. I look forward to reviewing the progress in our relations with Prime Minister Sushil Koirala and other Nepalese leaders," he added. Modi, after becoming Prime Minister, has been pushing for a stronger SAARC and there has been a lot of enthusiasm among top diplomats of various countries about what he brings to the table to make the eight-nation grouping a regional powerhouse.

The theme of the summit is "Deeper Regional Integration for Peace and Prosperity" and diplomats of a number of member countries said there have been expectations that the summit will make "breakthroughs" in some areas.

The leaders are also expected to deliberate on enhancing cooperation in the fields of education, healthcare, energy security and poverty alleviation.

Diplomats said there will be a detailed discussion on removing hurdles for ensuring free flow of trade among the member countries. The authorities have put in place an elaborate security cover deploying over 25,000 armed commandos across the capital which has been decked up to greet the leaders of the member countries.

As Foreign Secretaries of the member countries concluded two-day deliberations on Monday to finalise agenda of discussion for the summit, there have been apprehensions that India, Pakistan bilateral relations may overshadow the summit. 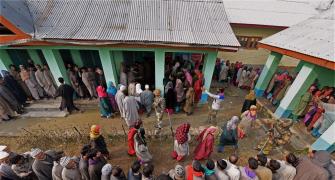 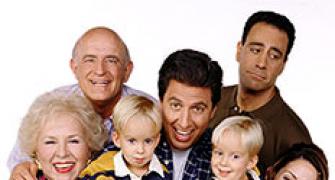 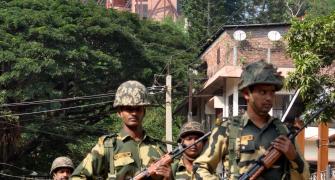