On eve of monsoon session of Parliament 'weather appears bad' 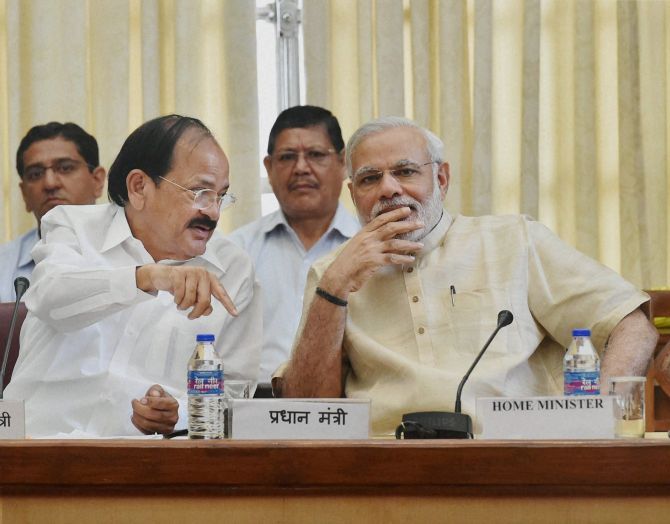 On the eve of the monsoon session, the government and main opposition Congress on Monday locked horns over the controversies surrounding Sushma Swaraj, Vasundhara Raje and Shivraj Singh Chouhan, setting the stage for confrontation in Parliament.

While Congress made it clear that it will not allow Parliament to function unless the Bharatiya Janata Party leaders facing allegations quit, the government asserted that there will be no resignations and that it will not give in to any ultimatum.

Prime Minister Narendra Modi, while seeking the cooperation of opposition, expressed willingness to discuss any issue as he said that running Parliament is a “shared responsibility”.

Modi appealed to all the parties to utilise Parliament time for discussing issues and said running both the Houses is a “shared responsibility of all”.

He also exhorted them to move forward collectively on the contentious land bill, which has got stuck because of stiff opposition by various parties.

Ahead of the Monsoon session, two all-party meetings were held -- one convened by Parliamentary Affairs Minister M Venkaiah Naidu and the other by Lok Sabha Speaker Sumitra Mahajan -- but both ended in a deadlock, with the government and the main opposition sticking to their positions on the controversies, particularly over Lalit Modi and Vyapam scam.

HRD Minister Smriti Irani’s ouster is being demanded in a case of alleged false claim over education. Chouhan, the Madhya Pradesh chief minister, is under fire over Vyapam scam while Chhattisgarh Chief Minister Raman Singh is being targeted over the rice scam.

At the meeting convened by Naidu, Leader of Opposition in Rajya Sabha Ghulam Nabi Azad insisted that resignations are necessary for the smooth functioning of Parliament.

Rejecting this, Naidu said, “There is no question of accepting an ultimatum by anybody. From where did the question of resignation arise? Nobody can dictate terms to the government. From the government’s side, no Union minister has done anything illegal or immoral.”

Azad dubbed the government as “thick skinned” for rejecting the demands.

Contrasting the attitude with that of the previous Congress-led United Progressive Alliance government, he cited how the then Railway Minister Pawan Kumar Bansal and former Maharashtra Chief Minister Ashok Chavan had resigned on surfacing of some charges.

K C Venugopal, Congress whip in the Lok Sabha said, “We are ready for cooperation with the government in passage of bills on merit provided there is elaborate cooperation and meaningful action on the recent important issues like Vyapam, ‘Lalitgate’ and Indo-Pakistan ties.

“Government should be ready for detailed discussion and strong action against those who are involved. We are for running of Parliament. But the duty of the government is to settle the issue and address concerns of the opposition and people’s sentiments all over the country. The ball is in the government's court.”

Condemning the trail of deaths in Vyapam case of Madhya Pradesh, Azad sarcastically wondered whether the government thinks it is being done “by Inter-Services Intelligence of Pakistan, or some terrorists or naxals here”.

B Mahtab of Biju Janata Dal, while wanting Parliament to function, said Vyapam was a case of “degeneration of the system” and needs to be discussed.

Sanjay Raut of Shiv Sena expressed concerns over the events along the Indo-Pak border and said, the nation will not forgive those who do not allow a discussion on it by disrupting the functioning of Parliament.

K Kesava Rao of Telangana Rashtra Samithi  sought detailed debate on all issues but appeared to be in disagreement with the manner of raising these as suggested by Azad.

Sukhdev Singh Dhindsa of Shiromani Akali Dal, while referring to the need to discuss issues raised by Azad, wondered how that can be done if Parliament was not allowed to function.

“This is not correct. Parliament should run but government must allow discussion,” Janata Dal-United President Sharad Yadav said when asked about the Congress stand.

Samajwadi Party leader Ramgopal Yadav was, however, skeptical about the smooth functioning of Parliament. “I do not think this will be resolved. Weather seems bad from now itself.”

On the land acquisition bill, the PM expressed agreement with the remarks by Ram Gopal Yadav that since there is no consensus on the issue, both the government and Opposition should make some adjustments to resolve the issue. Quoting Yadav, he said, “It is time that we should move forward on the land bill issue, incorporating suggestions from all sides. We should move positively on this issue.”

Asked about Modi’s remarks expressing agreement with his views on the land bill, Yadav said Samajwadi Party was not in agreement with the amendments made in the proposed legislation.

“If the government withdraws them, then something may work out. Right now, they have already made a number of amendments on which our party cannot agree,” the SP leader said.

Facing Opposition heat on ‘Lalitgate’, the government made it clear that External Affairs Minister Sushma Swaraj is ready to make a statement in Parliament on allegations against her on facilitating Lalit Modi’s travel documents.

Talking to reporters after an all party meeting called by him on the eve on monsoon beginning on Tuesday, Parliamentary Affairs Minister M Venkaiah Naidu told reporters that Swaraj was keen to make a statement on the Lalit Modi issue.

At the same time, Naidu rejected the demand for resignation being made by Congress.

The issues suggested by members for discussion in Monsoon session included India-Pakistan relations and foreign policy, farmers’ suicides and farm sector distress, reservation for SCs and STs in promotions, socio-economic and caste census and celebration of 125th birth anniversary of BR Ambedkar.

The government proposes to take up a number of bills, including the significant GST bill. 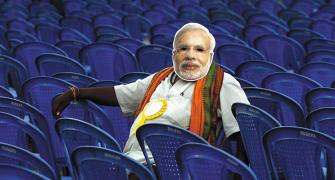 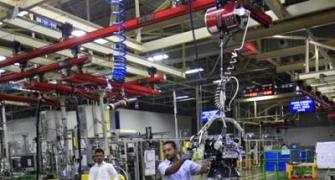 GST: Govt amenable to full compensation to states for 5 years 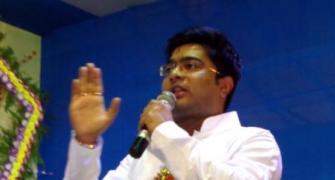 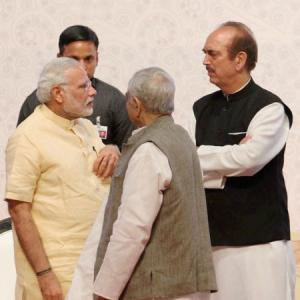