Playboy is coming to India. Your Take 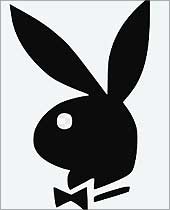 Playboy Enterprises, known for its adult magazine for men Playboy, is reportedly planning to launch its accessories, apparel, etc, in India by year end 'targetting young adults', even as the Indian American community has called it 'crude westernization'.

Indian-American leader Rajan Zed has, in a statement, said this reckless flooding of Indian markets with western icons and trends would lead that society away from its traditional value systems. He said that the West had a lot of wonderful things to offer, but everything Western was not always good.

Zed argued that India was an ancient civilization with certain norms, and therefore, crude westernization was not the correct path to take in that country.

Describing the move as 'just for plain mercantile greed', Zed said: 'We should not attempt to destroy the age old traditions, moral standards and value system with the irrelevant arguments of keeping with the times and globalization'.

It runs a Playboy Club Casino and a nightclub in Las Vegas and three such venues are under development in Macau (China), Latin America, and South Beach which will allow customers to 'experience the Playboy lifestyle'.

Will the entry of Playboy really impact Indian culture and values? Post your views below