Towering effigies of 10-headed demon king Ravana, his son Meghnad and brother Kumbhakaran crackled in fiery splendour marking the triumph of good over evil as gusto and fervour marked Dussehra festivities across the country.

Crowds burst into cheers as the stuffed effigies, dotting grounds and open spaces, went up in flames at sundown. 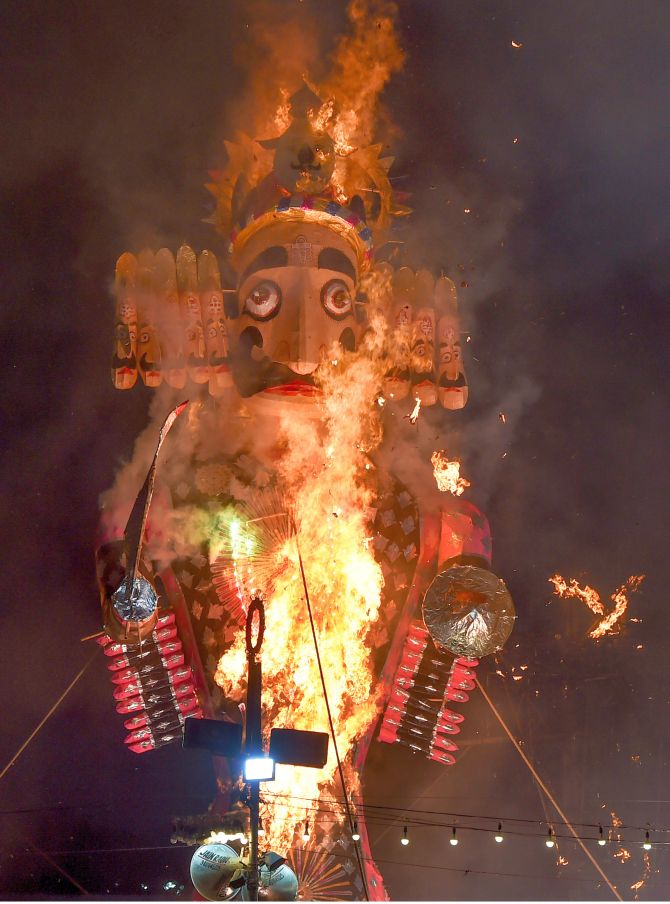 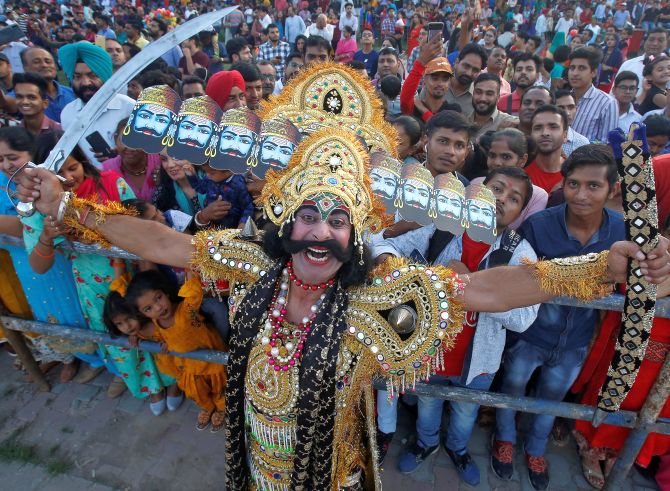 An artist dressed as demon King Ravana reacts as he takes part in a religious play during Dussehra in Chandigarh. Photograph: Ajay Verma/Reuters 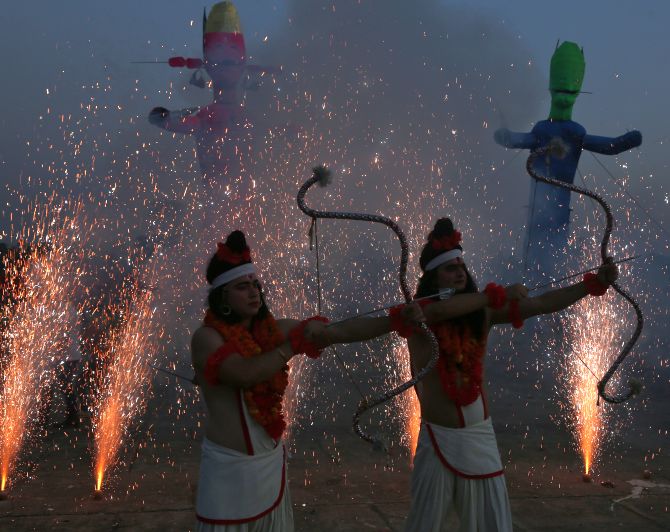 Artists dressed as Rama and Laxman act in a religious play as fireworks explode during Dussehra in Chandigarh. Photograph: Ajay Verma/Reuters 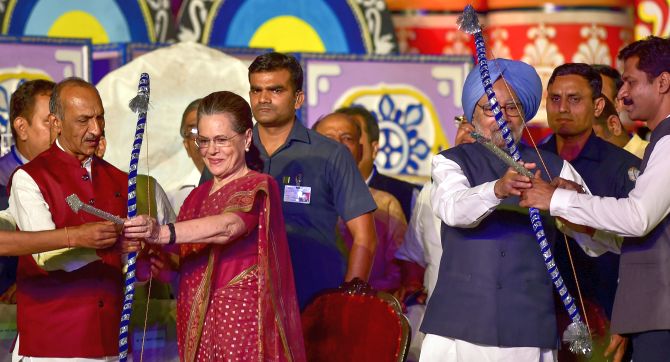 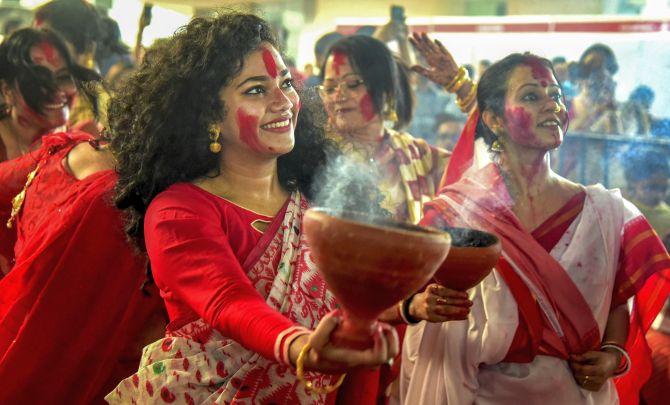 Bengali women dance during Sundir Khela on the ocassion of Vijayadashmi at Vashi in Navi Mumbai. Photograph: PTI Photo 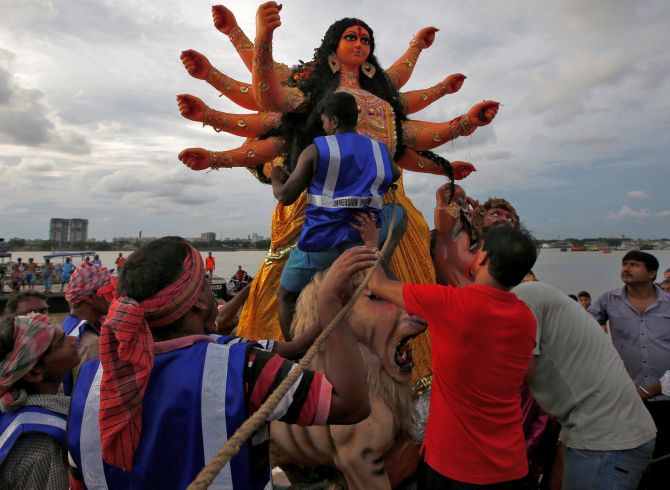 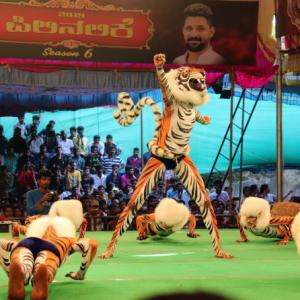