The Democrats captured the House of Representatives on Wednesday in the crucial midterm elections while United States President Donald Trump’s Republican Party retained its majority in the Senate, an outcome likely to intensify the political bitterness and fighting between the two major parties in the run up to the 2020 presidential poll. Breaking the Republican monopoly on power, Democrats had already picked up over two dozen seats in the House -- more than the 23 needed to take control of the House for the first time in eight years.

Initial statements coming from the Democratic party leaders indicated it would make it tough for US President Trump, who wants major legislative changes on some of his signature issues including immigration, tax and healthcare reforms.

By capturing the House of Representatives, the Democrats may exert a major institutional check on Trump and break the Republican monopoly in Washington.

Trump, who campaigned aggressively in the last several weeks, expressed satisfaction over the results and described this as tremendous success.

“Tremendous success tonight. Thank you to all!” Trump said in a brief tweet. 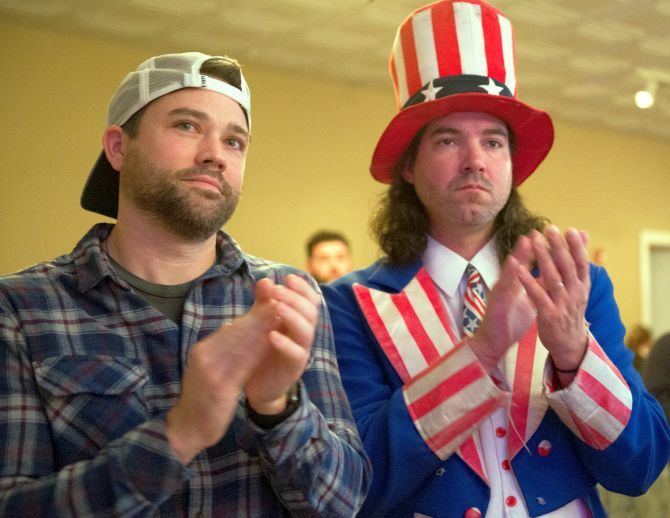 In the House of Representatives, the Democrats gained 24 seats giving them enough for the majority in the 435-membered chamber. Political pundits had predicted a much greater gain for the Democrats in the House, which was pointed out by the GOP leaders as they tended to give the credit for this to Trump.

Congresswoman Nancy Pelosi, 78, is expected to be re-elected as Speaker of House of Representatives, which is equivalent to India’s Lok Sabha.
In the outgoing House, the Republicans had 235 seats while the Democrats 193. The new House would come into being next January.

In her victory speech in Washington DC, Pelosi said the party would use its newly won majority to pursue a bipartisan agenda for a country. Pelosi said Americans have all “had enough of division”.

“Thanks to you, tomorrow will be a new day in America,” she said standing alongside other Democratic House leaders. 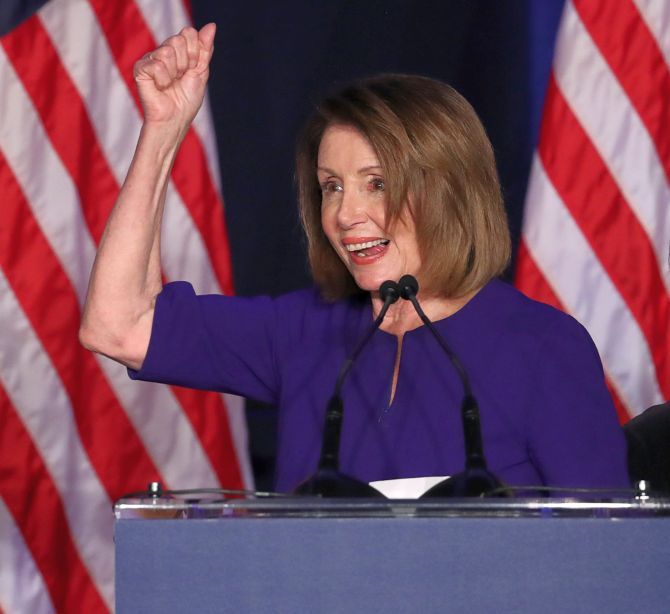 IMAGE: US House Minority Leader Nancy Pelosi celebrates the Democrats winning a majority in the House of Representatives in the midterm elections. Photograph: Jonathan Ernst/Reuters

She said that the election result is about “restoring the system of checks and balances” in Trump administration thus indicating that the new Democratic party would play the role of a strong opponent in for the US President.

For the Democrats taking control of the House gives them an opportunity to be more assertive in the Congress and prevent Trump for achieving his legislative agenda. “The Democratic Party is back,” said Democratic National Committee chair Tom Perez. 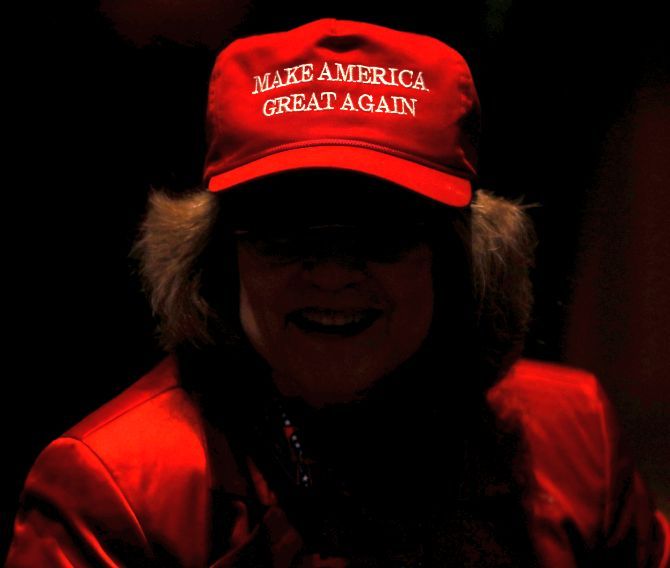 “We won back the House because our candidates had a clear message for working families and refused to let Trump and the GOP distract us from the issues that matter most. Democrats believe that health care is a right for all. We believe that the economy should work for everyone, not just those at the top,” Perez said.

However, the ruling Republican Party retained its majority in the 100-member Senate where it currently has a razor thin majority of 51-49 seats. The GOP is expected to increase its tally, as counting of votes were still going on when reports last came in. Thirty-five of the 100 Senate seats went to polls.

The crucial polls, marking the first major voter test of Trump, is seen as a referendum on his controversial policies, including those on immigration.

In his campaign rallies, Trump had said that he was on the ballot and made it a referendum on his nearly two years rule.

The US president who headlined an unprecedented 50 rallies -- 30 in the last two months alone -- and has campaigned for dozens of candidates at all levels of government, according to White House Press Secretary Sarah Sanders, watched the results come in with friends and family in the White House residence.

“The President has energised a staggering number of Americans at packed arenas and in overflow crowds at rallies across the country,” Sanders said.

“Under Trump’s leadership, the Republican National Committee has raised more than a quarter billion dollars, fuelling an extraordinary ground game geared toward defying midterm history and protecting the GOP’s majorities,” she said. 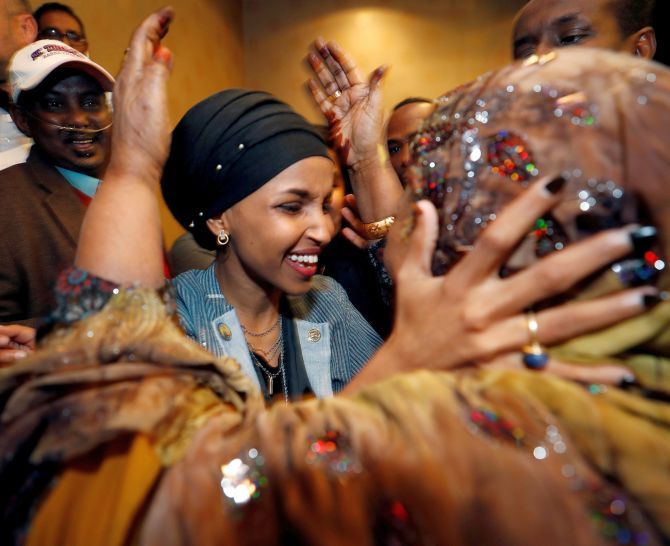 In victory, The Washington Post said Democrats regained some of the confidence -- although less of the power -- they lost in 2016, when Trump won a surprise victory over Hillary Clinton.

“In this election, they sought to energise groups that Clinton did not: young voters, Latinos, African Americans and infrequent voters,” the daily said.
According to The New York Times, amid signs that the nation’s deep political and cultural divisions that lifted Trump in 2016 may only be deepening, “rural voters were breaking sharply” with their counterparts in the suburban districts and metropolitan areas, as turnout soared in a midterm election that came to serve as a national referendum on the president.

The Democrats also won some of the high-profile governor’s race including Kansas, Illinois, Michigan and Minnesota. The GOP retained its governorship in Florida. 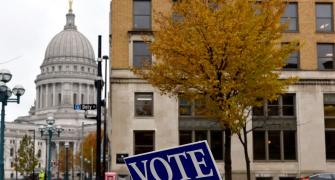 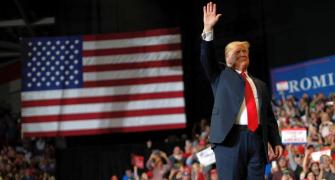 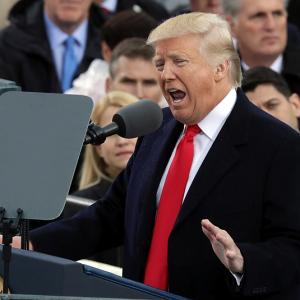 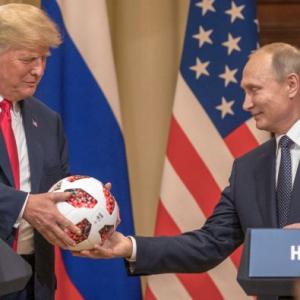