Diwali was commemorated for the first time at the United Nations, with the world body’s imposing headquarters here lit up especially on the occasion of the Indian festival of lights.

The facade of the UN headquarters was lit in bright hues and the words ‘Happy Diwali’, along with the image of a traditional ‘diya’, projected onto the building. 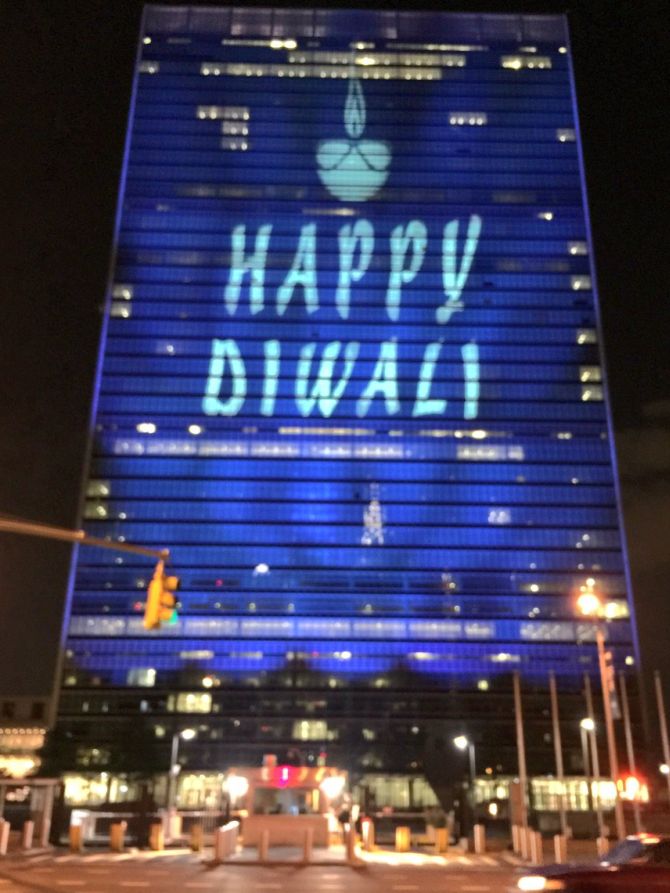 “Lighting up. @UN lights up for #Diwali for 1st time,” India’s Ambassador to the UN Syed Akbaruddin tweeted.

He also tweeted a picture of passers-by clicking photographs of the building as well as being themselves clicked against the illuminated UN headquarters in the background.

Thomson also tweeted a picture of the UN building lit up in bright blue for Diwali and said “Light over darkness, hope over despair, knowledge over ignorance, good over evil -- the UN lights up. Happy Diwali!” 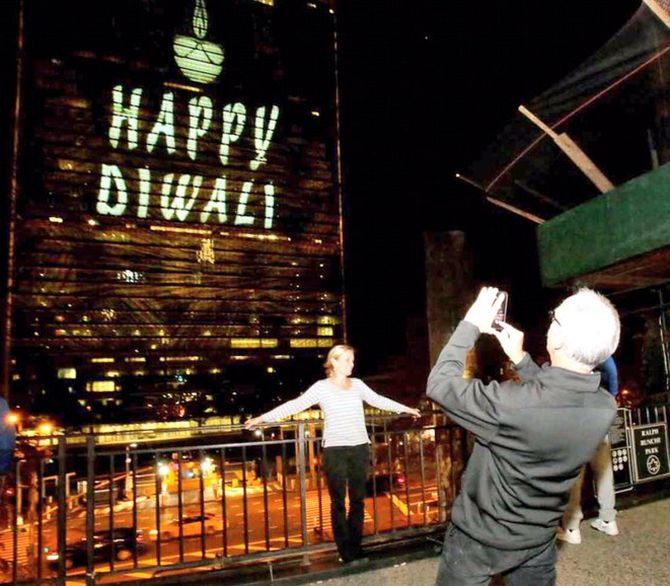 The UN Secretariat building will be lit up for Diwali from October 29-31.  It is for the first time that the Indian festival of lights is celebrated at the world body after the UN General Assembly adopted a resolution in December, 2014 that acknowledged the “significance of Diwali”.

Noting that the festival is observed in many UN member states, the resolution had called on UN bodies to avoid holding meetings on Diwali, declaring it a no-meeting day.

From 2016 onwards, Diwali was made an optional holiday for the UN, India’s Permanent Mission to the world body said in a special video message.

Earlier in June, the UN building was lit up on the occasion of the International Yoga Day, with images of yoga postures projected on the imposing headquarters. 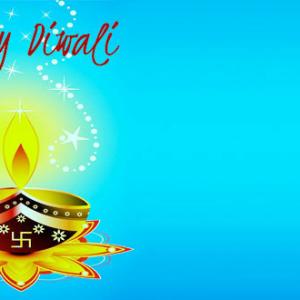 Send a Diwali card to our soldiers!