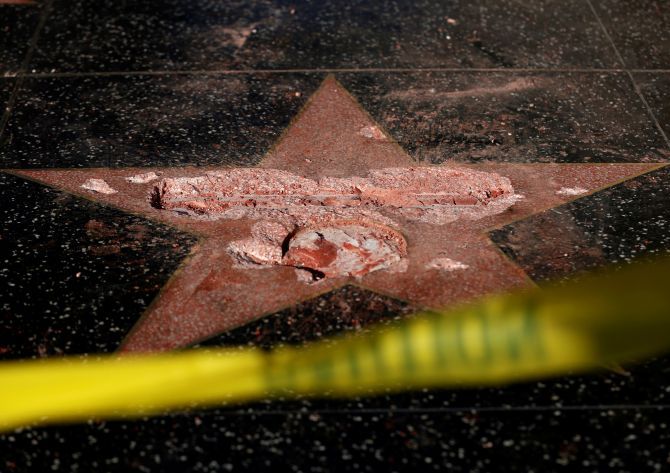 IMAGE: Donald Trump's vandalised star on the Hollywood of fame walk. Initially, the suspect wanted to remove the star and put it up for auction. Photograph: Mario Anzuoni/Reuters

Dressed like a construction worker, Otis showed up on Hollywood Boulevard and smashed the star to pieces using a sledgehammer and a pickaxe he brought, reported Deadline.

In a video, Otis is shown repeatedly hammering the star located near the Dolby Theatre, and removing Trump’s name as well as the television logo while some people filmed him.

Otis said that he originally planned to remove the star and auctioned it off to raise money for the 11 women who have accused Trump of sexual assault.

“The reason why I took the star was to auction it on Election Day, and raise as much money as I can for the women who have been exploited by Mr Trump,” he explained. 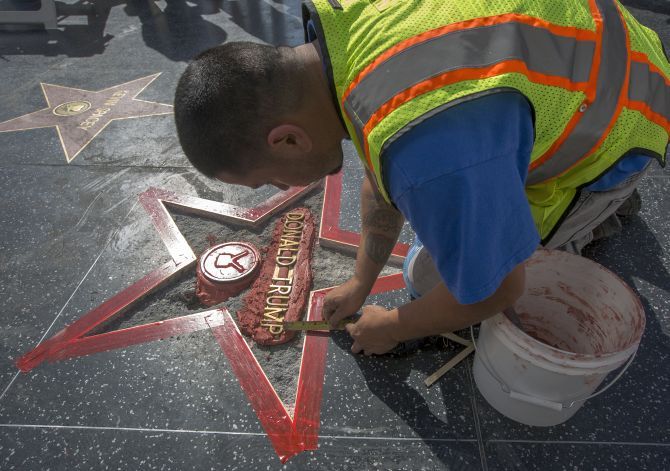 “I was just so fed up, so saddened and fed up by Mr Trump and how he continues to denigrate women, and he continues to joke and make fun about sexual violence and his own exploits against women,” he shared.

“And personally, I have in my own family, several people who have been sexually assaulted, including my brother and it hurts a lot. It doesn’t go away. It’s an issue that’s very important to me.”

Trump received the Hollywood Walk of Fame star back in 2007, when he was best known for working on ‘The Apprentice’.

Since he announced his White House bid last year, the spot has been defaced multiple times. 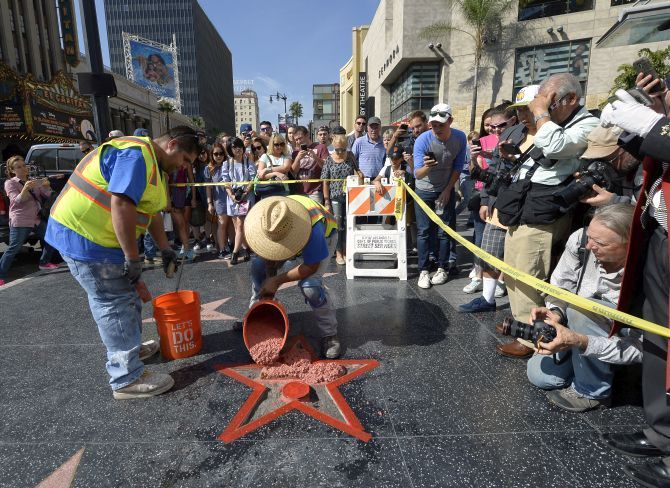 The defaced star is currently being repaired and could cost the Hollywood Chamber of Commerce thousands of dollars. 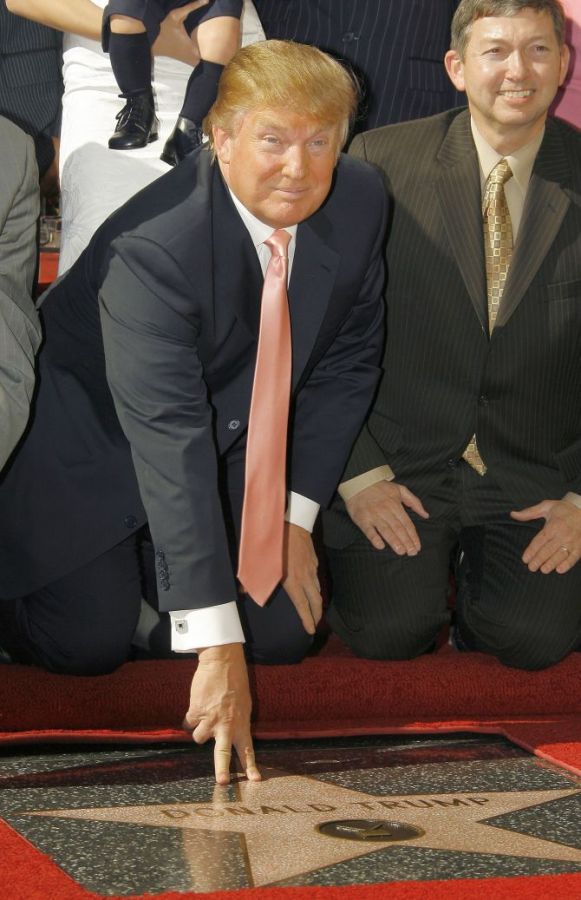 IMAGE: The Republican nominee and businessman received the star in 2007 for his work on the American version of the television show The Apprentice. Photograph: Vince Bucci/Getty Images

“It’s mostly the cost of the labour,” Gubler explained.

“The stars are composed of the brass symbols and the terrazzo is concrete with marble chips, so it’s a process. It takes quite a bit of work - several hours worth. It’ll take several days to season before they can polish and restore it.” 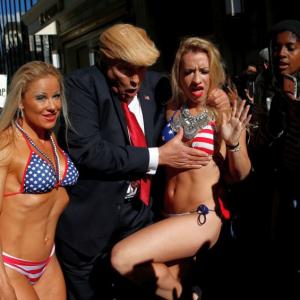 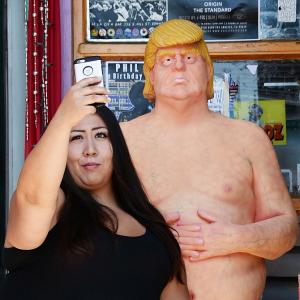