Toys and prayers books: Inside the home of California shooters 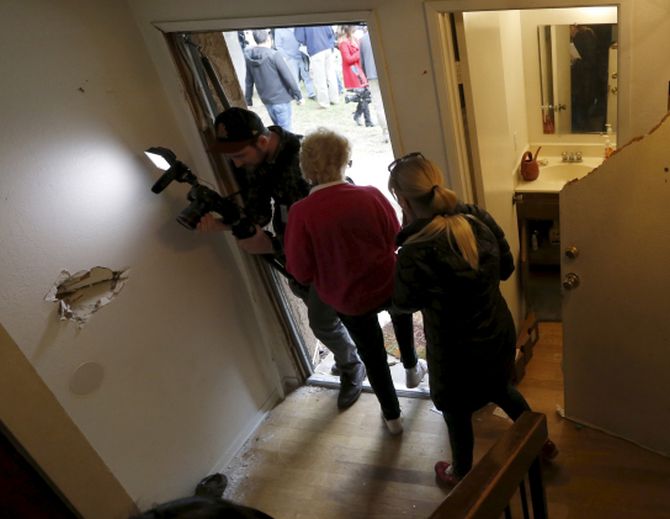 The home of San Bernardino mass murderers Syed Rizwan Farook and Tashfeen Malik was opened to reporters on Friday.

The media were granted access to the Redlands home, where they rushed in and went through personal effects, which included photo IDs and a wide array of documents and photographs — in addition to the couple’s baby toys. 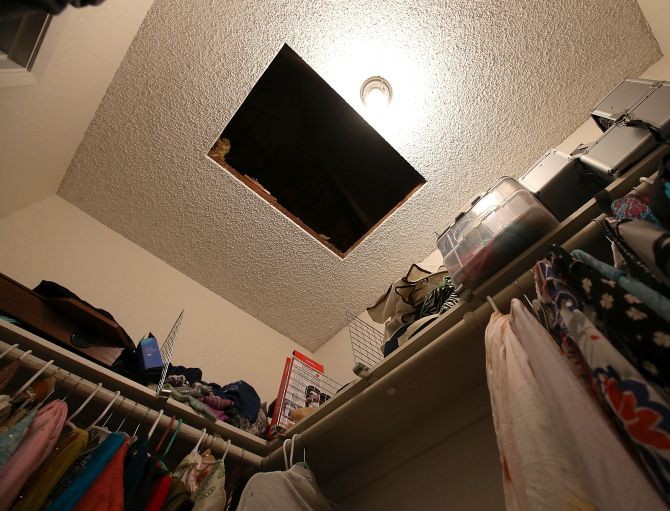 A hole in the ceiling is visible in a bedroom closet inside the home of shooting suspect Syed Farook. Photograph: Justin Sullivan/Getty Images 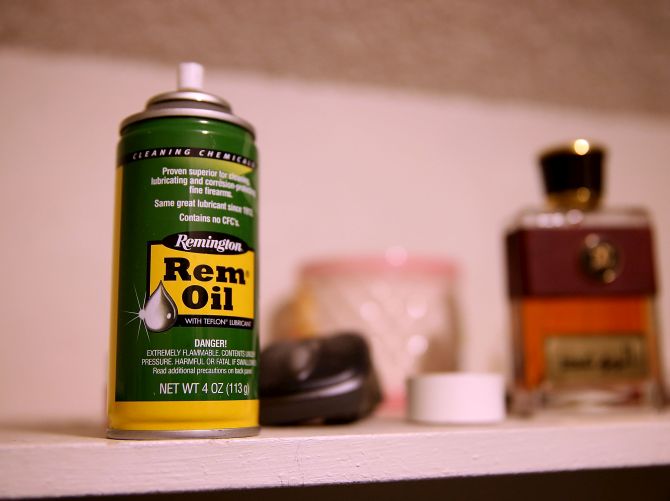 A can of gun oil sits in a bedroom closet inside the home of Farook and his wife Tashfeen. Photograph: Justin Sullivan/Getty Images 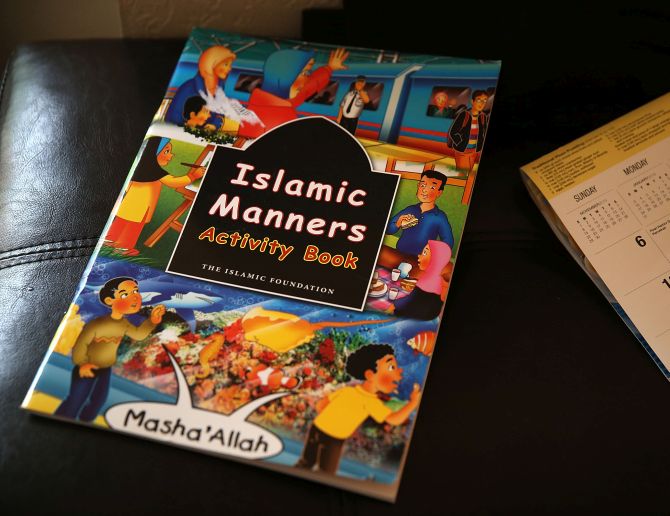 An Islamic Manners book sits in a bedroom inside the home. Authorities revealed that the family had become radicalised later and the wife Tashfeen had also pledged her allegiance to Islamic State on Facebook before going on a rampage and killing 14 people. Photograph: Justin Sullivan/Getty Images 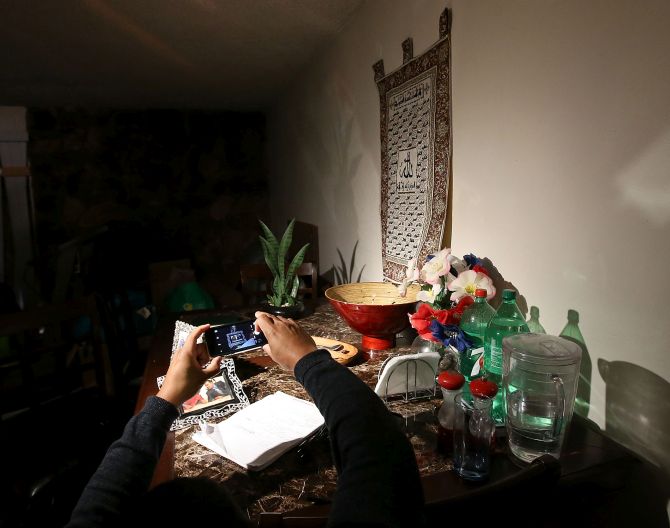 A prayer rug hangs above the dining table at Farook's home. The San Bernardino community is mourning as police continue to investigate the mass shooting. Photograph: Justin Sullivan/Getty Images 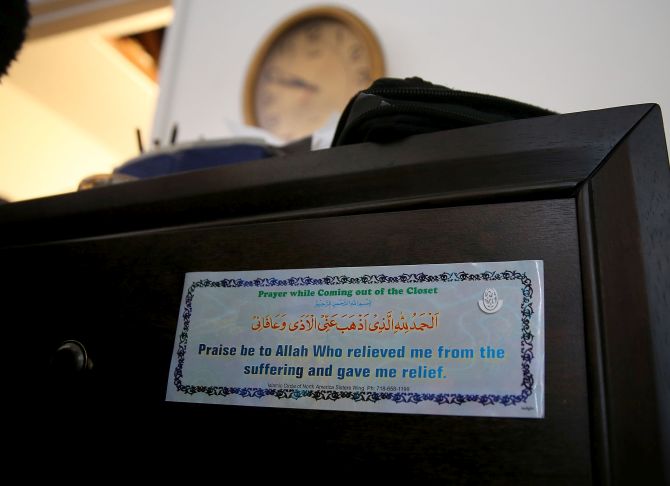 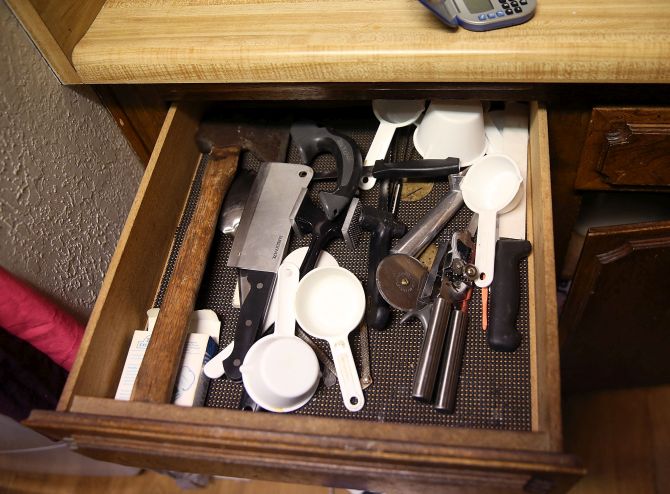 A hatchet sits in a kitchen drawer inside the home of shooting suspect Syed Farook. Photograph: Justin Sullivan/Getty Images 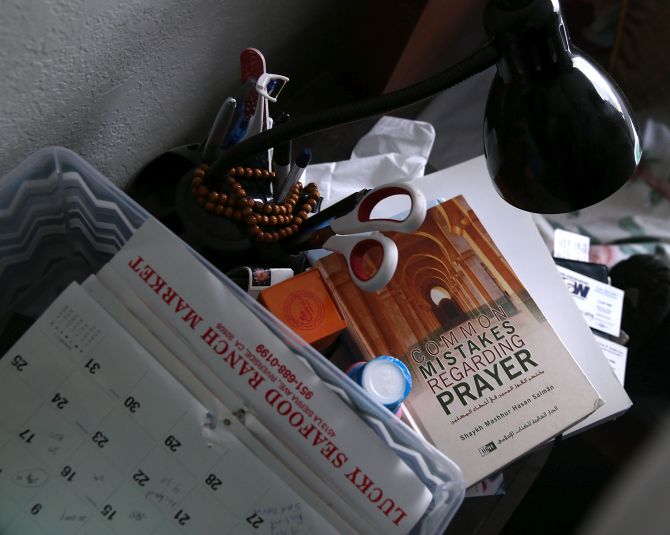 A book about prayer sits on a bedside table. Several other prayer books and about Islam were found inside the house. Photograph: Justin Sullivan/Getty Images 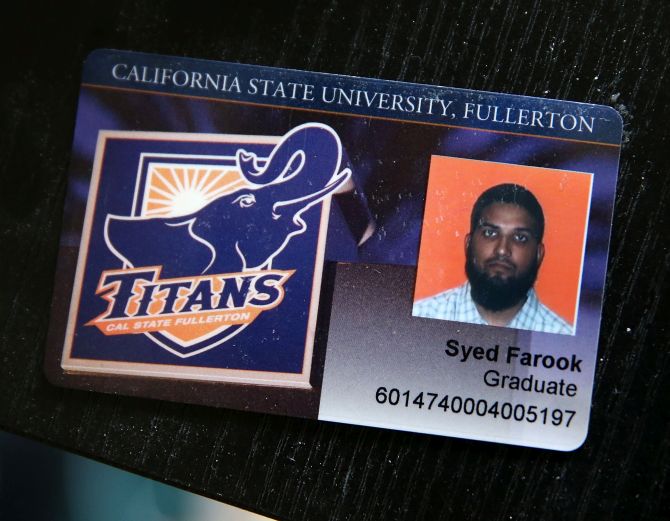 US media criticised for going live from California suspects’ home

A bizarre spectacle played out at the home of the suspects behind the California carnage when the rental apartment was thrown open to US media which beamed live visuals of intimate details of the family’s daily life, drawing sharp criticism from their audience and netizens.

Baby toys, shredded files, computer paraphernalia were shown “live” by a battery of television crews and reporters who jostled inside the small two-storey apartment of the alleged shooters -- Syed Rizwan Farook and Tashfeen Malik.

Hours after popular American news channels like CNN and MSNBC went “live” from inside the apartment rooms, The Wall Street Journal wrote that the channels “acted irresponsibly”.

“Many viewers and media analysts were surprised at the scene, with critics saying news media may have compromised a crime scene and acted irresponsibly by releasing sensitive, personally identifiable information about those who lived there,” The Wall Street Journal wrote.

According to one estimate, about 100 journalists entered the apartment on Friday morning.

The Federal Investigation Bureau, which is investigating the San Bernardino shooting that killed 14 people, said it had nothing to do with this.

The apartment was a highly-sensitive crime scene until a day ago, but was controversially thrown open to media by its landlord on Friday. The landlord said he opened the doors to the media after authorities released it back to him.

Netizens reacted sharply after the networks showed items such as a baby’s crib, mat, walker and a picture of a child. 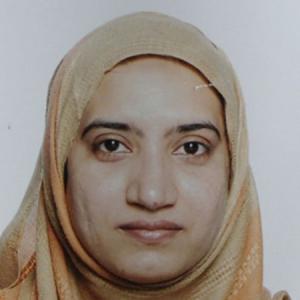 From housewife to killer: Mystery of California shooter Tashfeen Malik 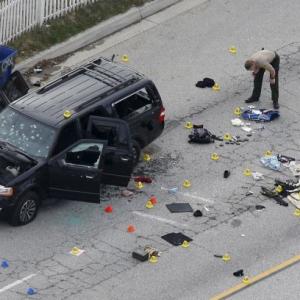