Crowds across Asia were treated to stunning views of a total solar eclipse on Wednesday morning.

Those in Indonesia had the best vantage point. The moon blacked out the sun in totality over Indonesia’s main western island of Sumatra, before moving eastwards across Sulawesi and Borneo, and then over to the Maluku Islands.

The last total solar eclipse was in March 2015, and the one before that was in November 2012.

The next total solar eclipse is on August 21, 2017 and will be visible from a narrow corridor across the United States. 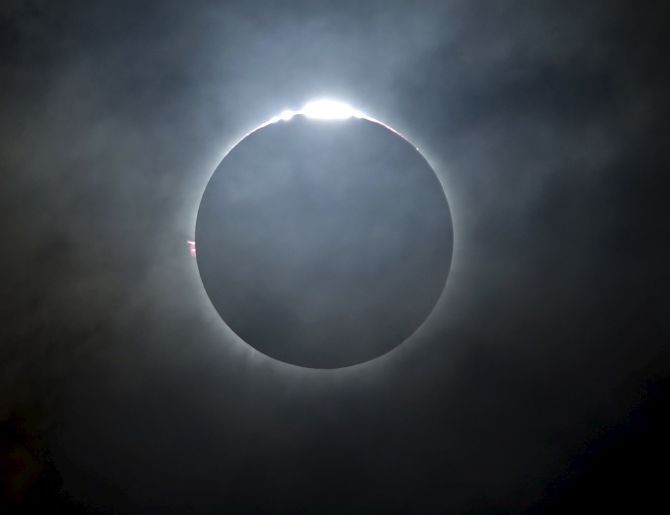 Isn't it just stunning? A total solar eclipse is seen from the beach on Ternate island, Indonesia. Photograph: Beawiharta/Reuters 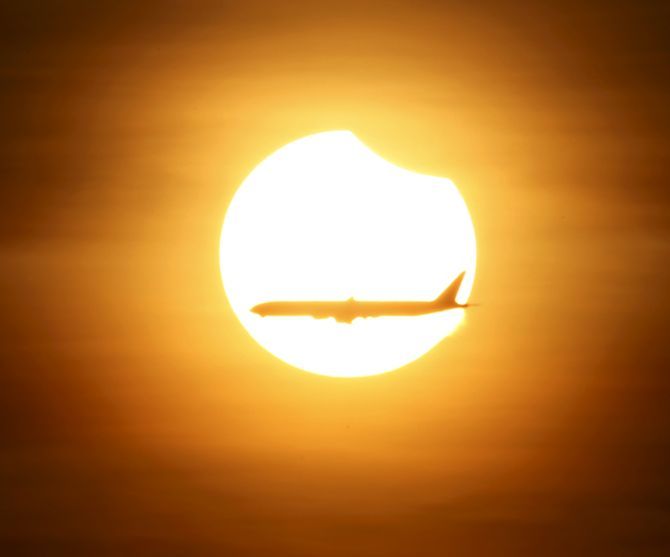 When day turned to night! The moon completely blocked the sun, providing people in Indonesia with their first solar eclipse in nearly 33 years. Photograph: Edgar Su/Reuters 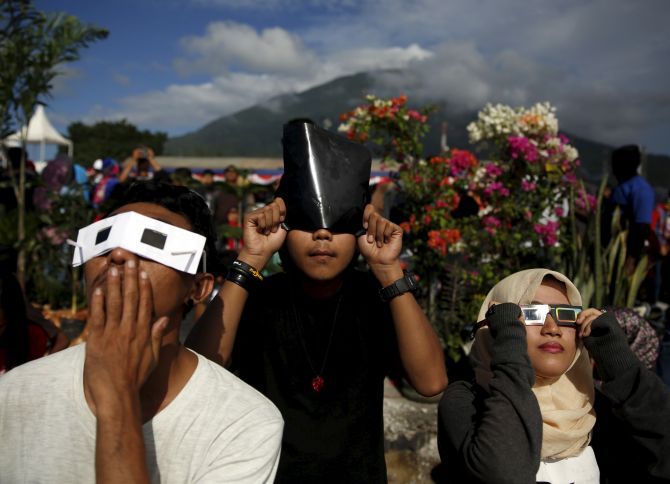 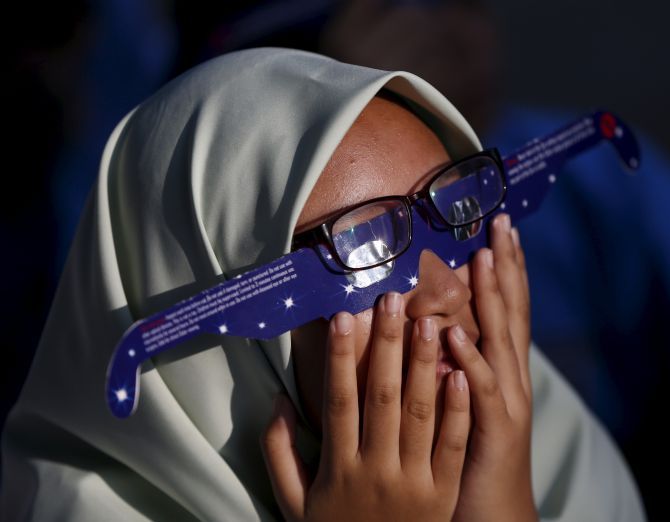 OMG, is what this girl appears to be saying after she catches a glimpse of the total eclipse. Photograph: Olivia Harris/Reuters 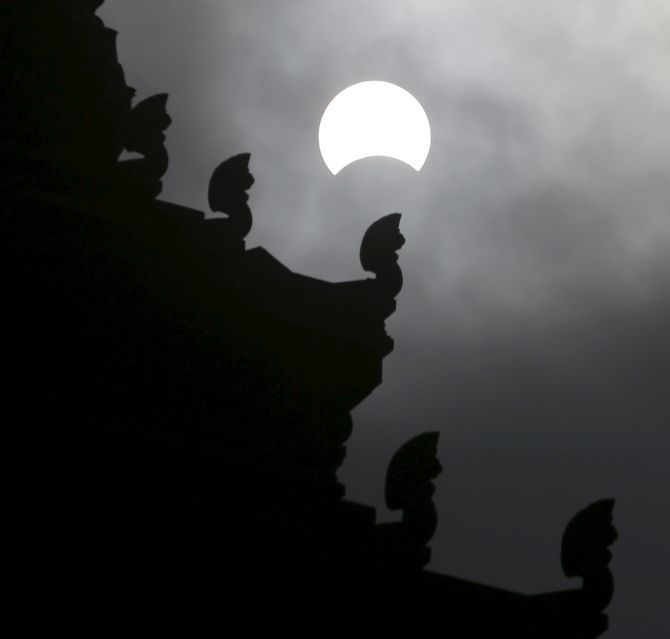 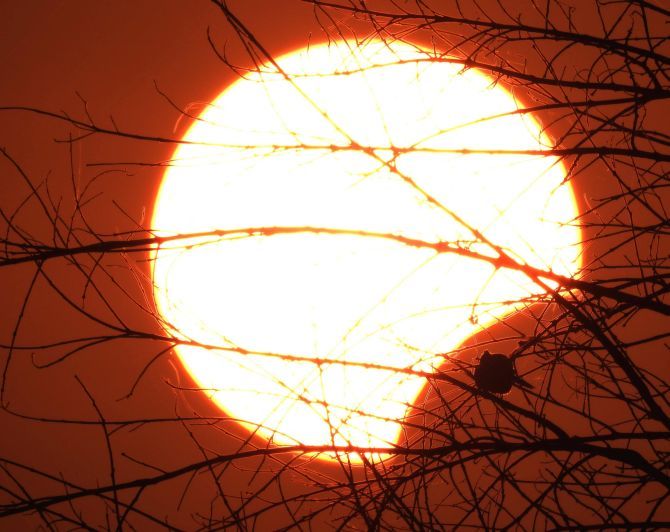 India, unfortunately, missed the total eclipse, but views of a partial eclipse were visible from Assam. 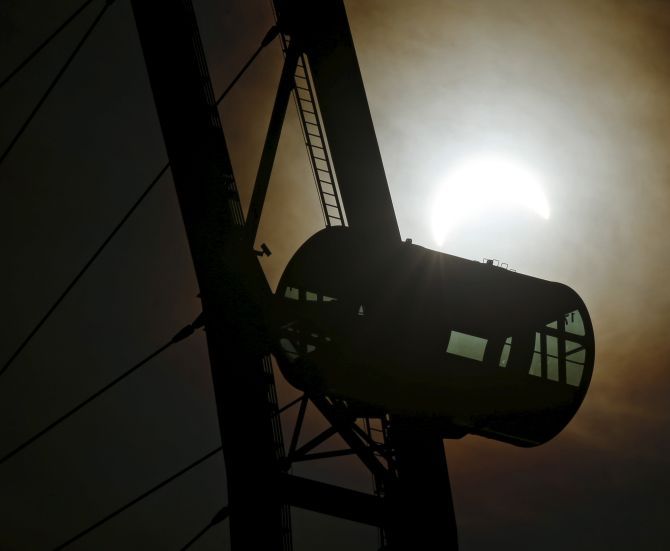 A capsule of the Singapore Flyer observatory wheel is silhouetted as the sun goes into a partial solar eclipse in Singapore. Photograph: Edgar Su/Reuters 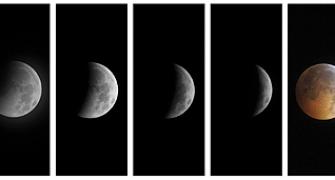 IMAGES: A stunning eclipse after 372 years 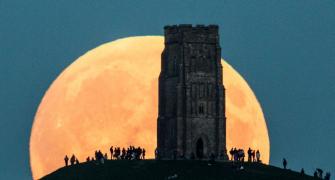 Blood moon paints the sky red: You won't get to see this sight till 2033 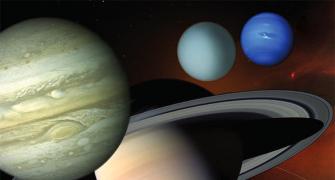 Up in the sky! It's a bird, it's a plane... it's five planets in a rare celestial dance 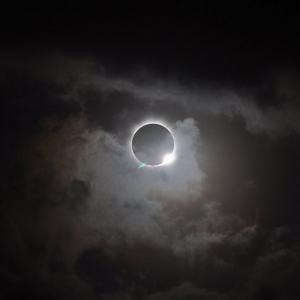 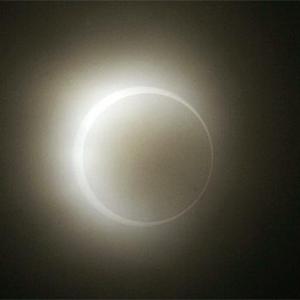