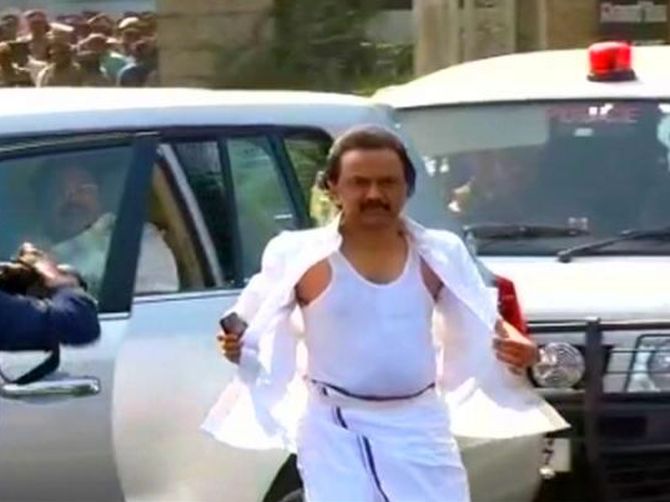 Though the All India Anna Dravida Munnetra Kazhagam government sailed through the crucial vote of confidence with a 122-11 margin, it was not before the House witnessed unruly scenes of jostling and strident sloganeering, taking the assembly by storm.

"I am hurt and ashamed," the speaker said after declaring the result of the vote, pointing to the pandemonium.

Earlier, for about an hour, the House turned into a virtual war zone after the speaker ordered the eviction of DMK members with marshals trying hard to remove them.

The DMK members resisted eviction with all their might. 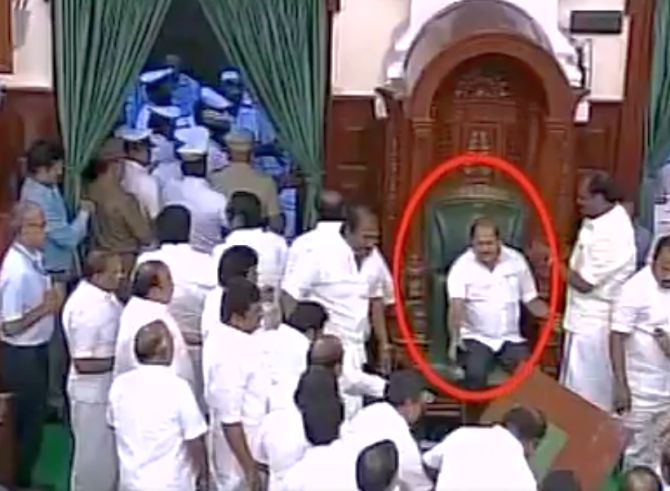 An agitated Stalin, the DMK's working president, told the watch and ward staff that the members would harm themselves if they were taken out.

Despite the speaker adjourning the House at 1.28 pm, the marshals faced a tough time asking the unrelenting DMK members to move out.

Stalin told the large number of watch and ward staff that "People are against this proxy regime, we are fighting for the people."

"If you try to evict us by force, we would be constrained to harm ourselves, we may even consider suicide," he threatened. 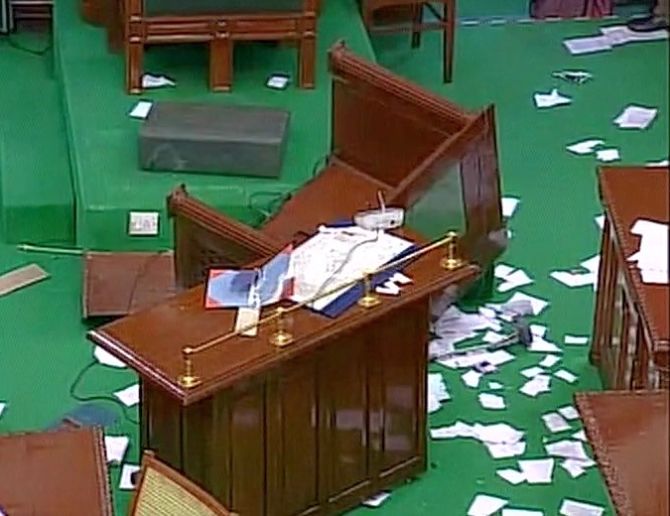 Finally, marshals were instructed to physically evict the DMK members, with all hell breaking lose and a free-for-all ensuing. While watch and ward staff physically carried legislators, DMK MLAs resisted by whatever means they could.

Stalin, when being carried over by marshals, thumped his head with his hands and shook hard his legs resisting removal.

Earlier, 78-year old DMK leader Duraimurugan played hide and seek with marshals, as he evaded eviction for some time.

While being led out, he managed to come back to the House through the corridors from near main entrance.

When marshalls prevented his entry into the House, he managed to sneak into the press gallery and crossed over to the Opposition benches from there. 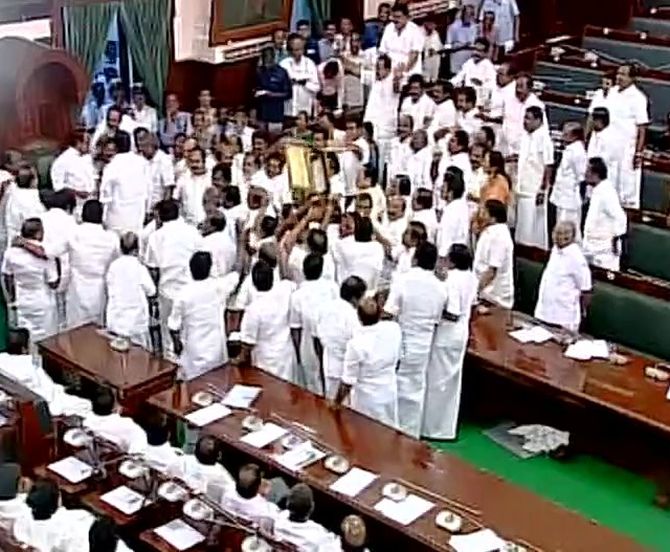 Some MLAs splashed water, and in the commotion two video cameras placed near the Fourth Block fell.

DMK's Sekar Babu squatted opposite the main entrance to the House along with several of his colleagues.

He argued with top officials that they had no legal right to remove a legislator from the House precincts. 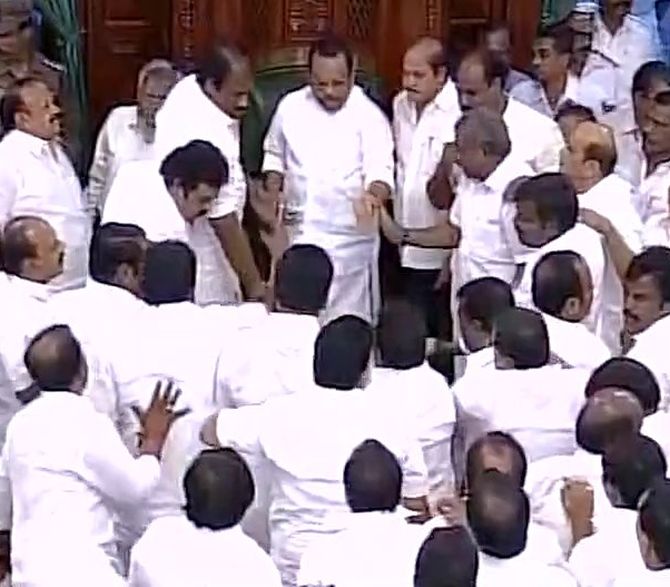 All the DMK members argued that they would consider leaving the House when the Speaker returned, but were fully evicted finally by 2.50 pm, in time for the House to take up the motion of confidence ten minutes later.

Journalists had to put up with severe restrictions on their movement at the entry and exit points to the House.

Before the speaker adjourned the House for the first time, two DMK MLAs were also seen sitting on speaker's chair in protest.

A Tamil Nadu assembly staffer was also injured during ruckus by opposition and later taken to hospital. 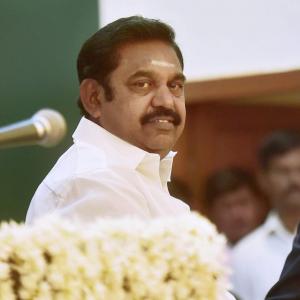 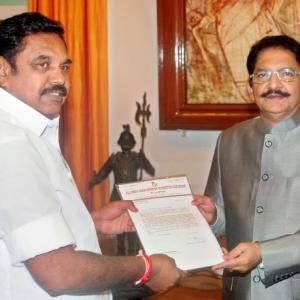