News
Business
Movies
Sports
Cricket
Get Ahead
Money Tips
Shopping
Sign in  |  Create a Rediffmail account
Rediff.com  » News » These women warriors are fighting the IS in Syria 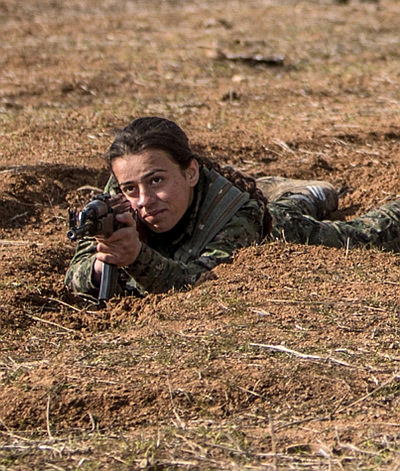 Kurdish forces this week inflicted a major blow to Islamic State militants when they liberated the Syrian city of Kobani after a hard-fought battle. Amid their recent successes in the battlefield lies an interesting aspect -- that of gender equality.

According to a Reuters report, the Kurdish militia has a large women’s unit, which makes up 40 percent of the entire force.

The female soldiers don’t take orders from male commanders, though they, in turn, are allowed to command men and mixed units. Compared to any other military environment, the Kurdish army’s gender composition and hierarchy is unique.

As the world recoiled in horror at tales of mass sexual enslavement of minority women by Islamic State, pictures of armed Kurdish female fighters on the battlefield went viral on social media.

An estimated 35 percent -- around 15,000 fighters -- are women. Founded in 2013 as an autonomous women's army, the YPJ conducts independent operations. There are several hundred women's battalions across the Kurdistan region.

‘The mass-mobilisation of women is the legacy of decades-long resistance of Kurdish women as fighters, prisoners, politicians, leaders of popular uprisings and tireless protesters, unwilling to compromise on their rights,’ Kurdish activist Dilar Dirik wrote for Al Jazeera.

We bring you some glimpses of these women warriors 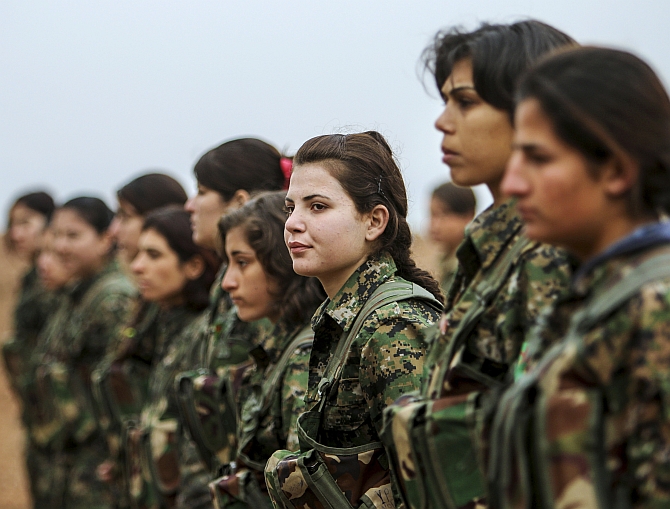 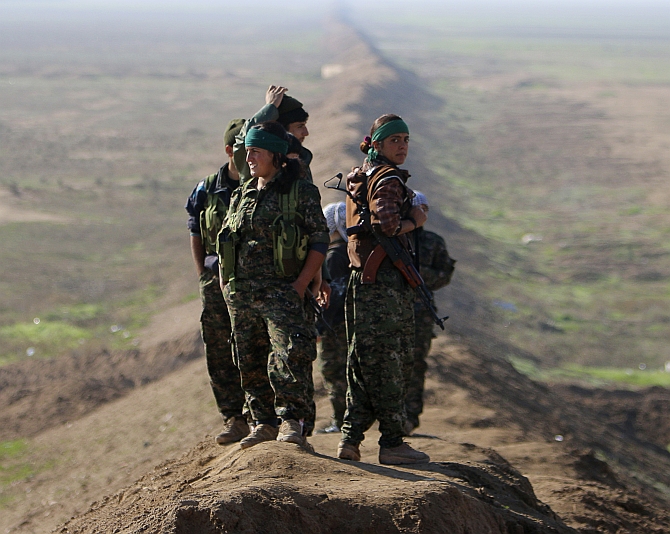 Female fighters of the Kurdish People's Protection Units stand near the border between Syria and Iraq, close to the Iraqi town of Snoun. Photograph: Reuters 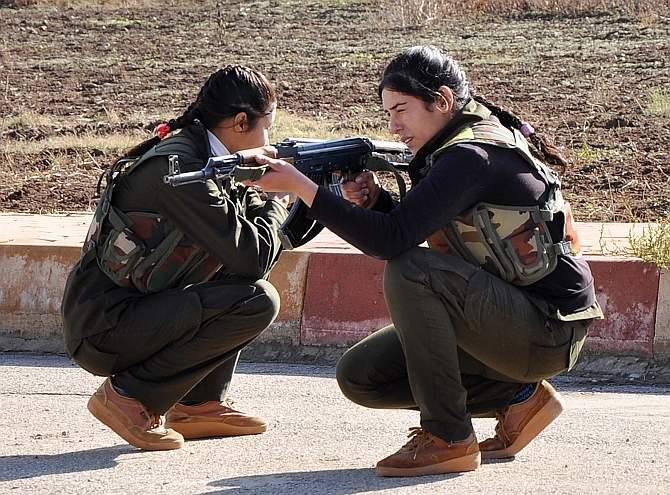 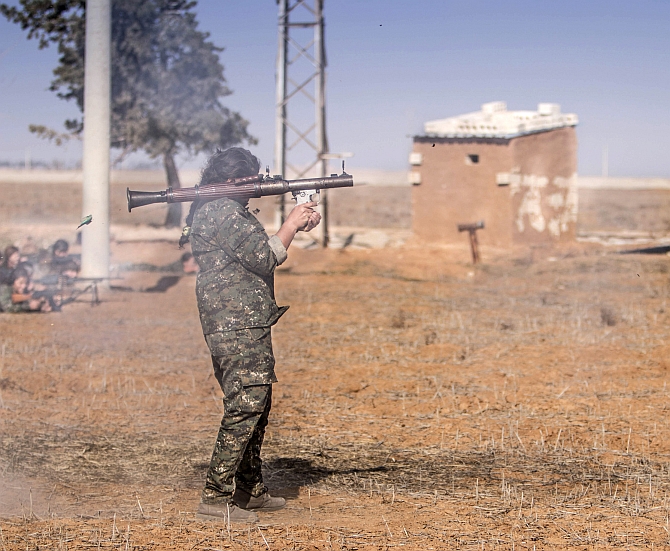 A female fighter of the Kurdish People's Protection Units fires a Rocket-propelled grenade as she participates in a military training in the western countryside of Ras al-Ain. Photograph: Rodi Said/Reuters 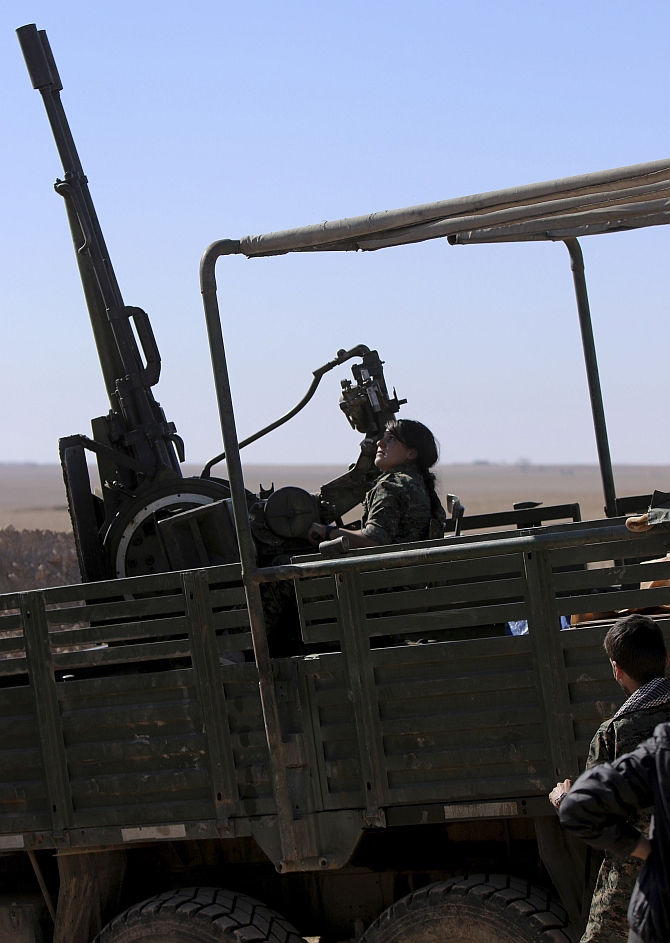 A female fighter of the Kurdish People's Protection Units mans a weapon mounted on a military vehicle in the southern countryside of Ras al-Ain, near the frontline against Islamic State fighters. Photograph: Rodi Said/Reuters 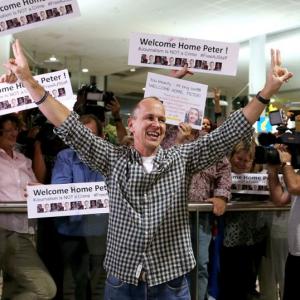 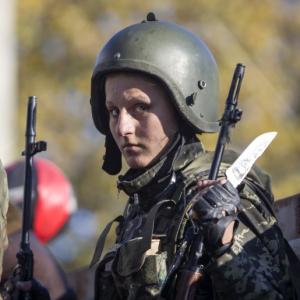