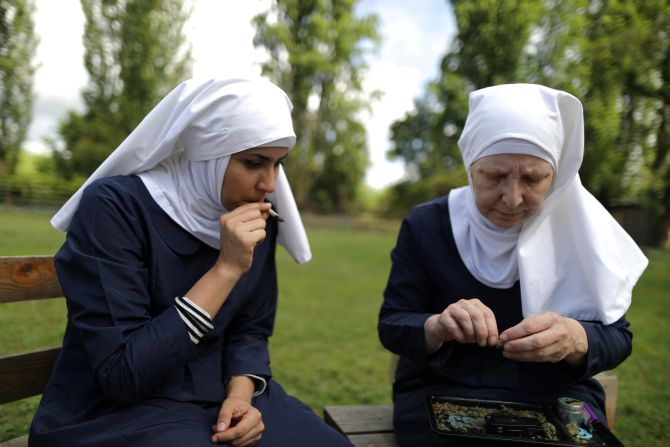 California ‘weed nun’ Christine Meeusen, 57, right, and India Delgado, who goes by the name Sister Eevee, smoke a joint at Sisters of the Valley near Merced, California. Photograph: Lucy Nicholson/Reuters 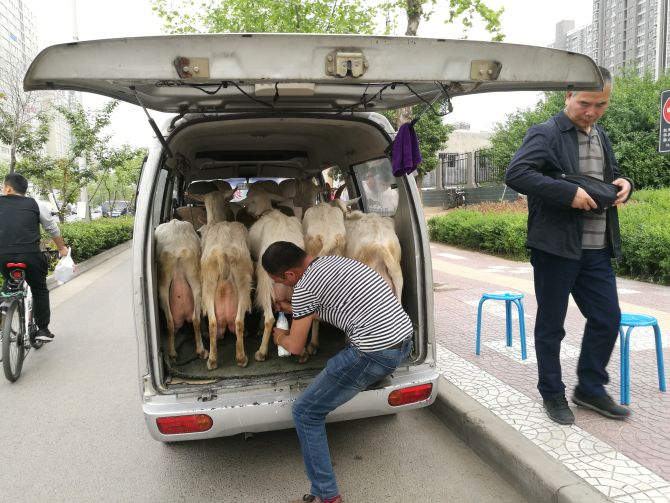 A man sells fresh goat milk at the back of a minibus in Xi’an, Shaanxi province, China. Photograph: Reuters 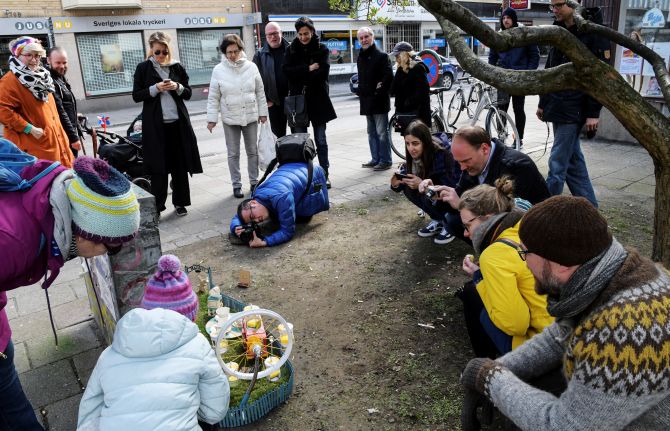 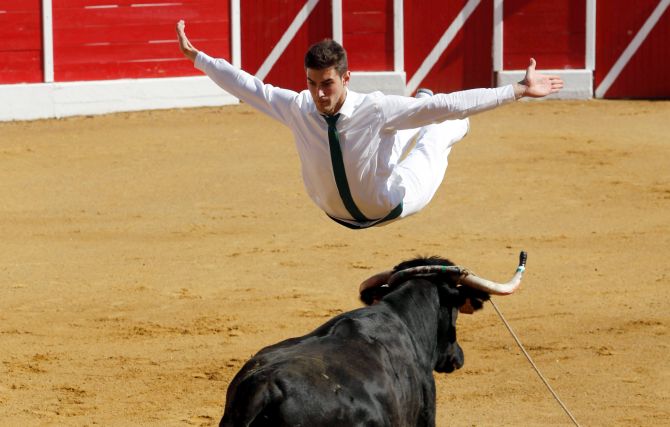 A competitor jumps over a cow during a Course landaise (cow race) in the Landes region in Aignan, France. Photograph: Regis Duvignau/Reuters 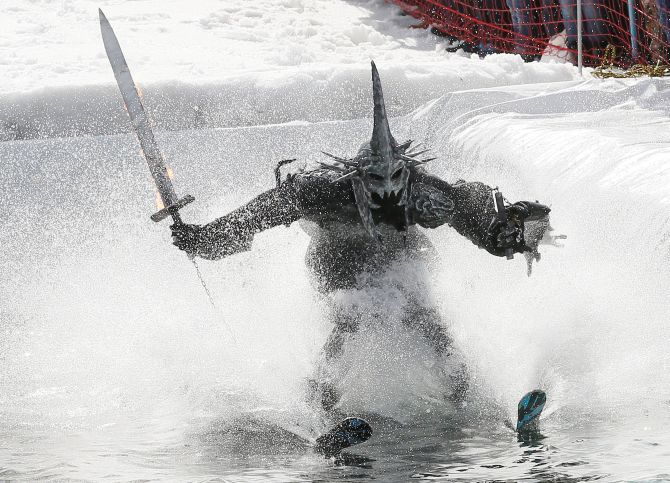 A skier in a costume attempts to cross a pool of water at the foot of a ski slope while competing in the annual ‘Gornoluzhnik’ amateur event marking the end of the ski season, at the Bobrovy Log ski resort in the suburbs of the Siberian city of Krasnoyarsk, Russia. Photograph: Ilya Naymushin/ Reuters 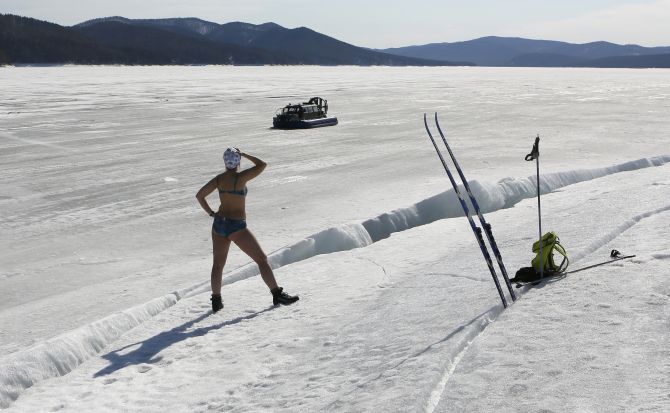 A woman wearing a bikini sunbathes on the bank of the frozen Yenisei river in the Taiga area, with the air temperature at -14°C, south of Krasnoyarsk, Siberia, Russia. Photograph: Ilya Naymushin/Reuters 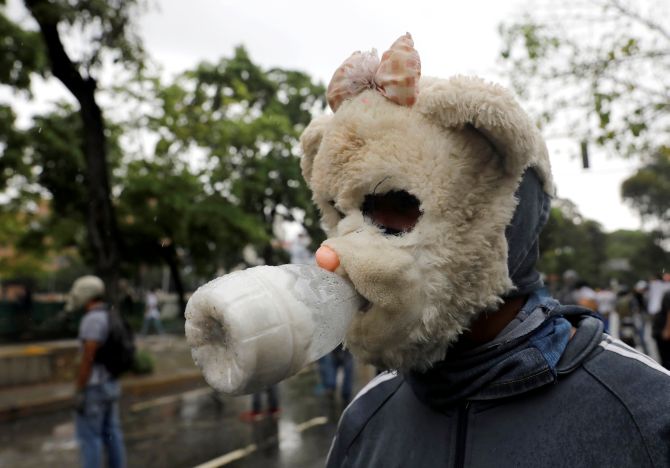 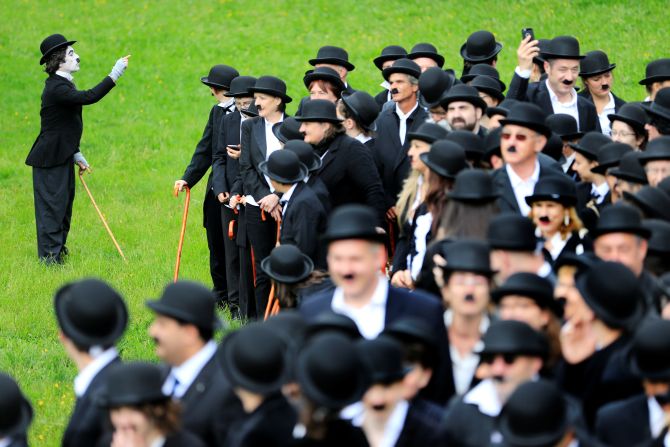 Some of the 662 participants of the world’s largest gathering of people dressed as The Tramp to mark Charlie Chaplin's 128th birthday and Chaplin's museum’s 1st anniversary are seen in Corsier sur Vevey, Switzerland. Photograph: Pierre Albouy/Reuters 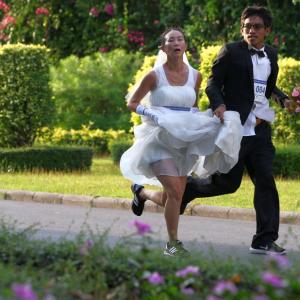 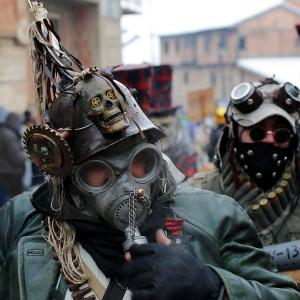