This week’s collection of unbelievably unusual images from across the world. 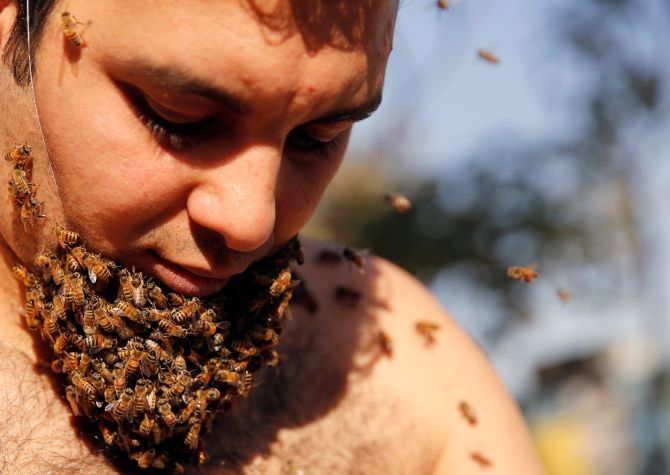 A man performs the ‘Beard of Bee’ before the upcoming Egyptian Agricultural Carnival of beekeeping in his farm at Shebin El Kom city in the province of Al- Al-Monofyia, northeast of Cairo. Photograph: Amr Abdallah Dalsh/Reuters 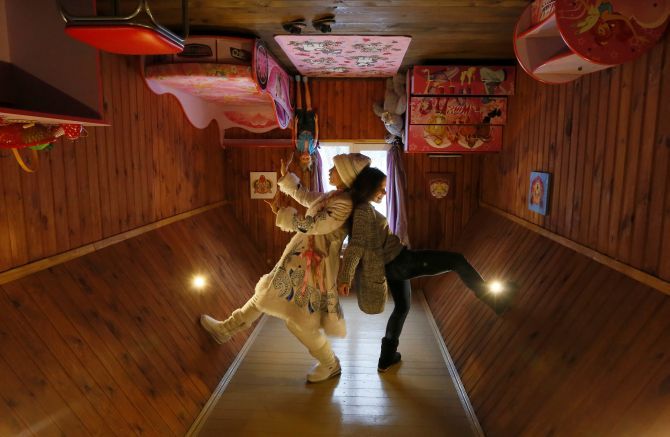 A visitor and an employee dressed as Snegurochka (Snow Maiden), the granddaughter of Ded Moroz (Russian equivalent of Santa Claus), pose for a picture inside an upside down house, constructed as an attraction for local residents and tourists and located at the Royev Ruchey Park of Flora and Fauna in the suburbs of Krasnoyarsk, Russia. Photograph: Ilya Naymushin/Reuters 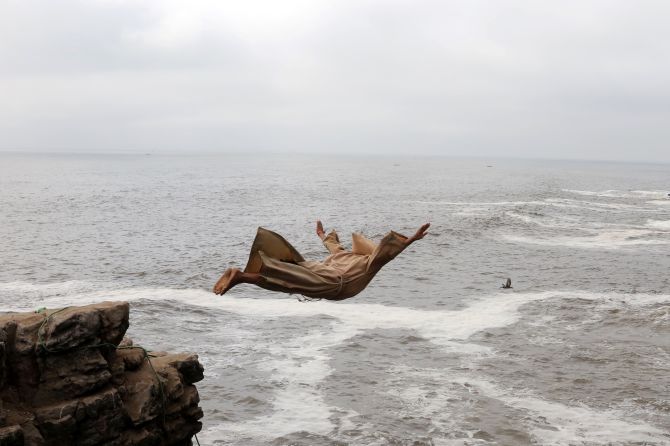 A man, dressed as a friar, jumps from a 13-metre-high cliff along HerraduraBeach in Lima. Photograph: Guadalupe Pardo/Reuters 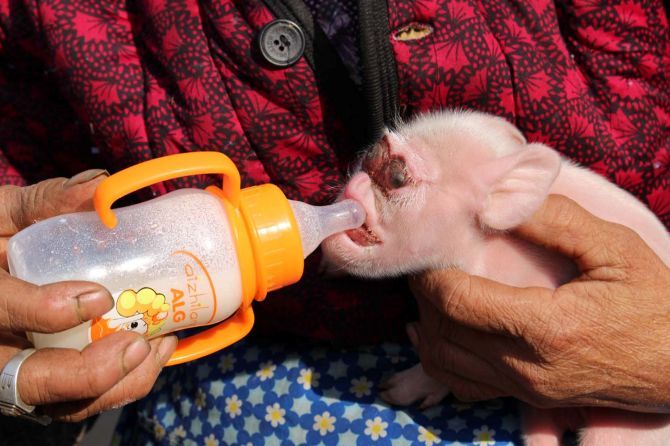 A woman feeds her piglet, which has a deformed face, at home in Zhijin, Guizhou province, China. Photograph: Stringer/Reuters 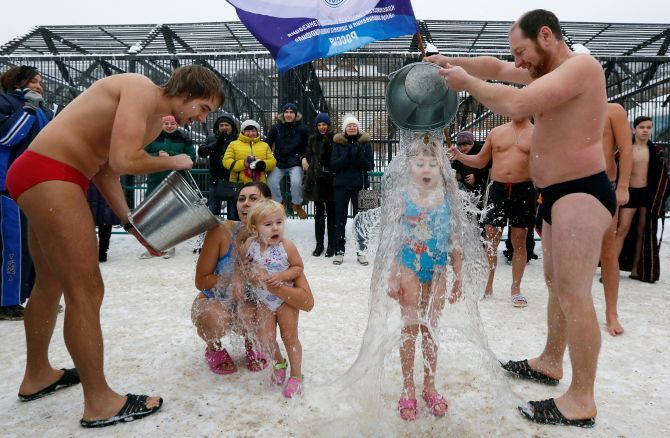 Visitors watch as members of a local winter swimmers club pour buckets of cold water over their daughters -- one 7-year-old and other 2-year-old -- during a celebration of Polar Bear Day at the Royev Ruchey zoo, with the air temperature at about -5°C, in Krasnoyarsk, Russia. Photograph: Ilya Naymushin/Reuters Guests enjoy a dinner at the table ‘Santa in the sky’ lifted by a crane and elevated at 50 metres in the air and decorated to match the appearance of a ‘Santa Sleigh’, as part as the Christmas festivities in Brussels, Belgium. Photograph: Reuters Employees and visitors view a Christmas tree, by Iranian-born artist Shirazeh Houshiary as part of the Festive Commission at the entrance to the Tate Britain gallery in LondonBritain. Photograph: Toby Melville/Reuters 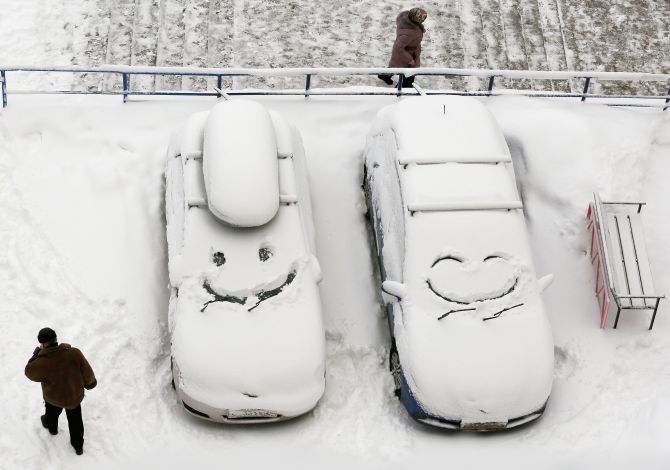 People walk past cars with faces which are scrawled on windscreens covered with snow after snowfall in Krasnoyarsk, Siberia. Photograph: Ilya Naymushin/Reuters A winter swimmer swims after breaking the ice on a frozen lake at a park in Shenyang, China. Photograph: Sheng Li/Reuters 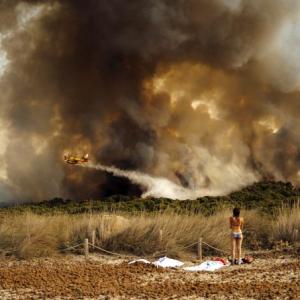