This week's collection of unbelievably unusual images that show it's an odd, crazy world we live in. 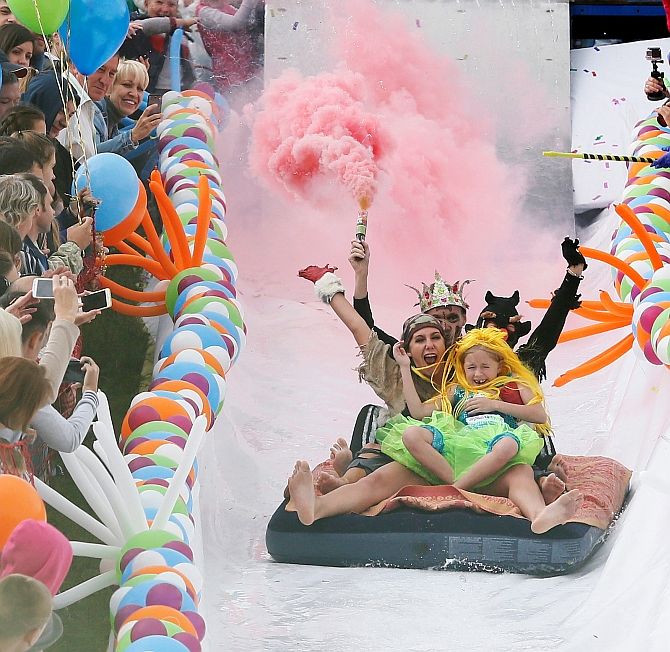 Participants hold smoke flares as they slide down along a chute to cross a pool of water and foam during the "Letniy Gornoluzhnik" (Summer mountain puddle rider) festival at the Bobroviy Log Fun Park near the Siberian city of Krasnoyarsk, Russia. Photograph: Ilya Naymushin/Reuters 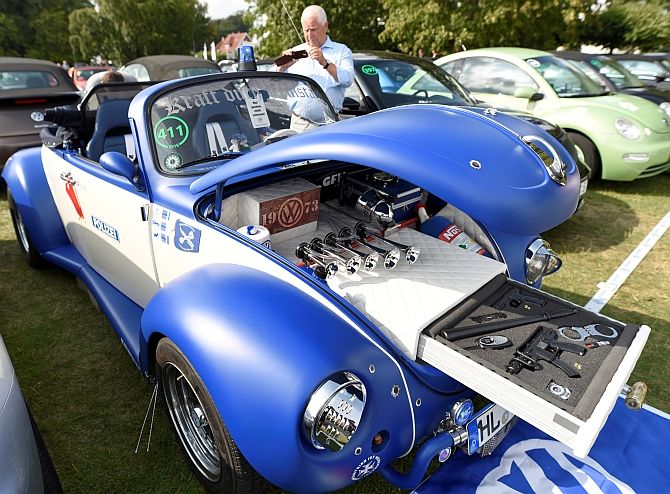 A Volkswagen Beetle car, reconstructed like a police car, is seen at the so called "Sunshinetour 2016" in Travemuende at the Baltic Sea. Photograph: Fabian Bimmer/Reuters 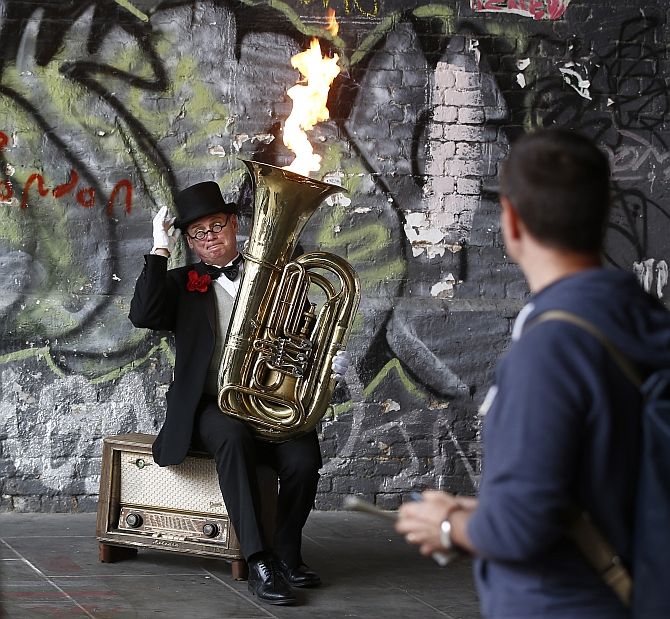 A street performer entertains tourists by playing his flame-throwing tuba on the South Bank in London, Britain. Photograph: Peter Nicholls/Reuters A man holds a picture of badminton player PV Sindhu during a special prayer for her to win the gold medal at the Rio Olympics in Chandigarh. Sidhu won the silver after losing the final match against world number one Corolina Marin. Photograph: Ajay Verma/Reuters 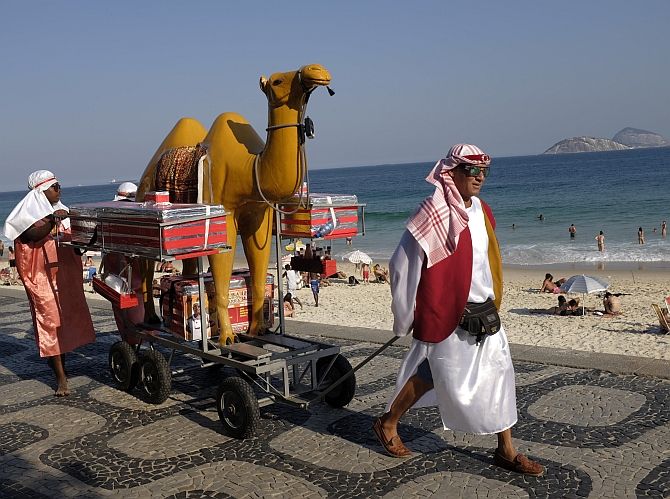 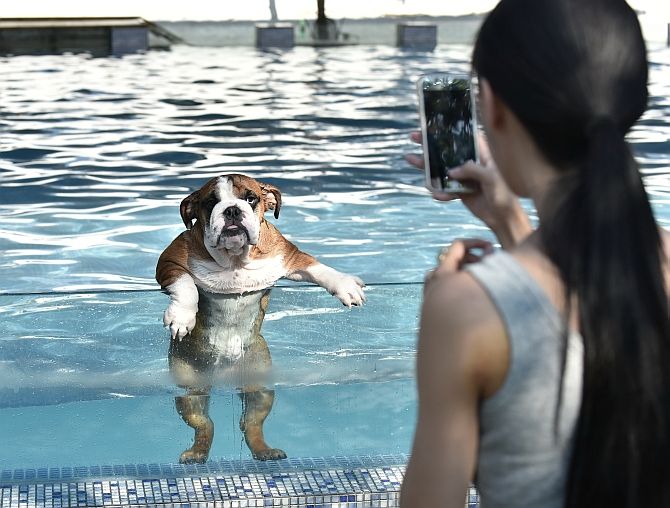 An owner takes a picture of her dog as it climbs up on a glass panel while swimming at a pool for dogs in Chengdu, Sichuan Province, China. Photograph: Reuters 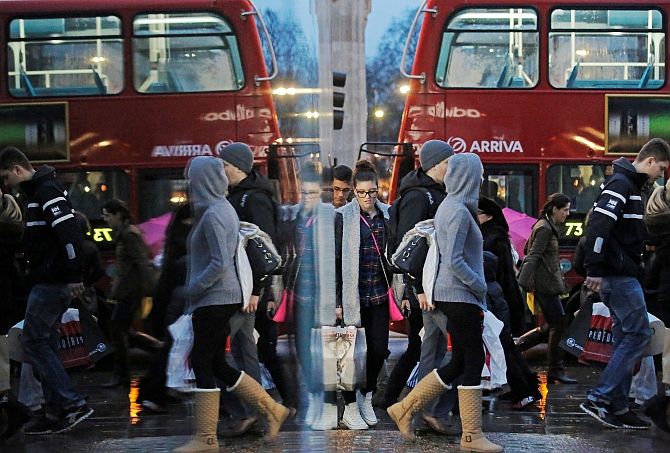 Shoppers are reflected in a shop window as they walk along Oxford Street on the last Saturday before Christmas, in London. Photograph: Luke MacGregor/Reuters 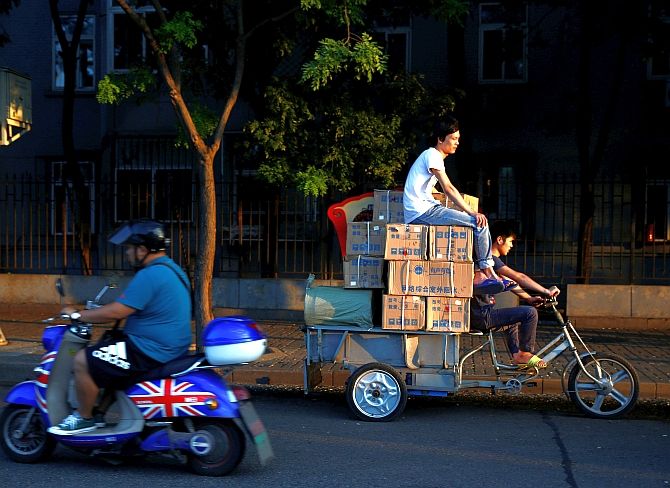 A man sits on top of boxes on a delivery tricycle as a man rides past on a scooter sporting the British flag in central Beijing, China. Photograph: Thomas Peter/Reuters Tourists take a selfie on a suspension bridge made of glass at the Shiniuzhai National Geological Park in Pingjiang County, China. The 300-meter-long glass suspension bridge, with a maximum height of 180 meters, opened to the public on August 20. Photograph: VCG via Getty Images 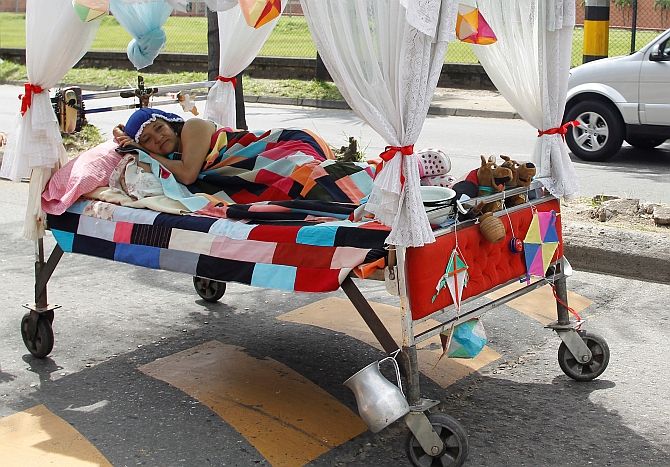 A woman lies in bed as she takes part in an event marking the World Day of Laziness in Itagui, Colombia on August 14. Photograph: Fredy Builes/Reuters 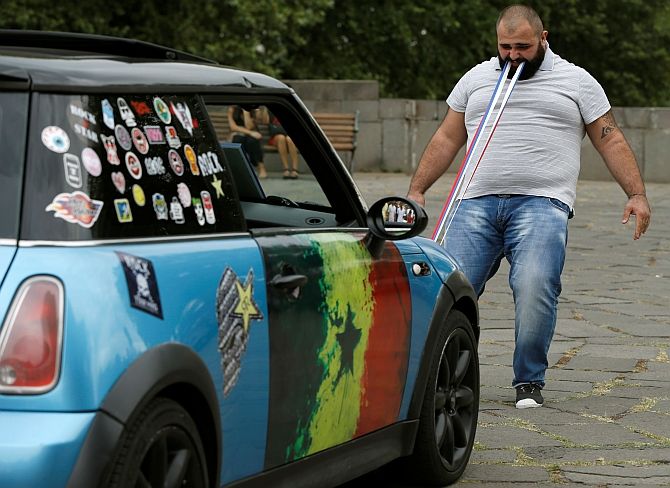 Guram Ustiashvili, 22, pulls four cars with his teeth during an attempt to set a world record in Tbilisi, Georgia. Photograph: David Mdzinarishvili/Reuters 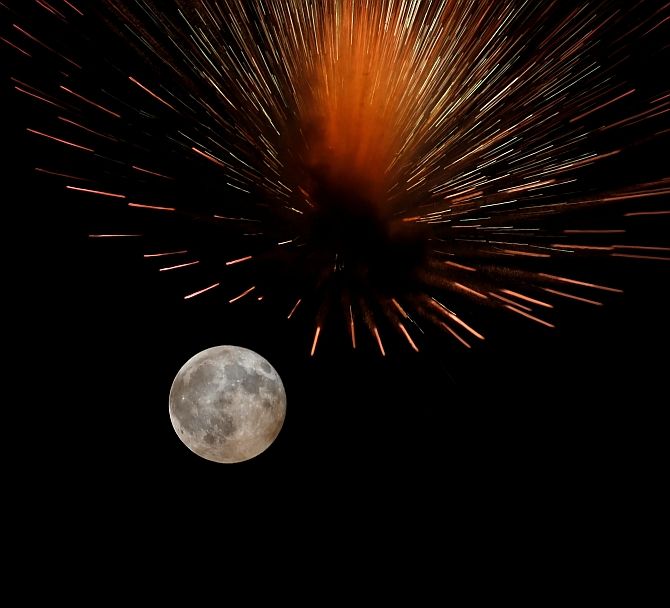 Fireworks explode in front of the full moon during celebrations for the feast of Saint Leonard, patron of the town of Kirkop, in central Malta. Photograph: Darrin Zammit/Reuters 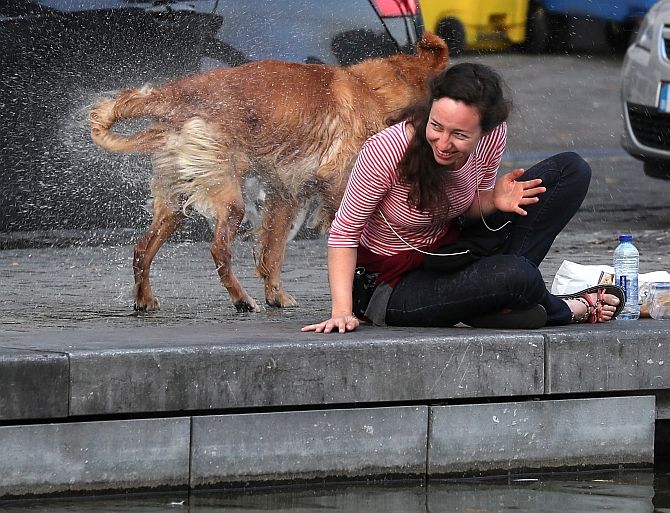 A woman is caught unexpectedly by a dog shaking off water after emerging from a canal in Brussels, Belgium. Photograph: Clodagh Kilcoyne/Reuters 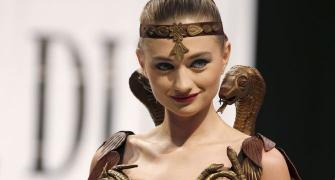 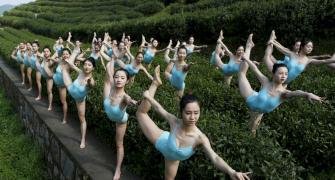 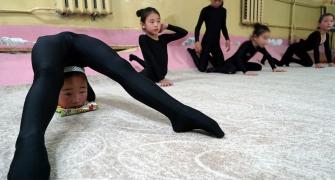 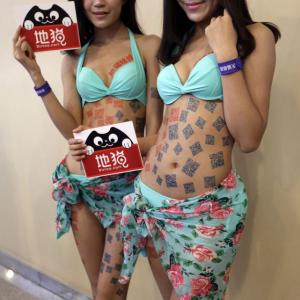 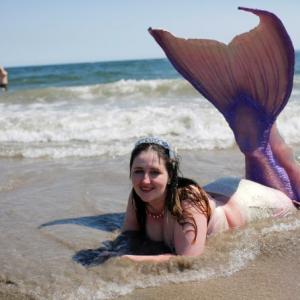 The odd, odd world we live in