China brings the world to its doorstep with scale replicas of famous tourist destinations from across the world. 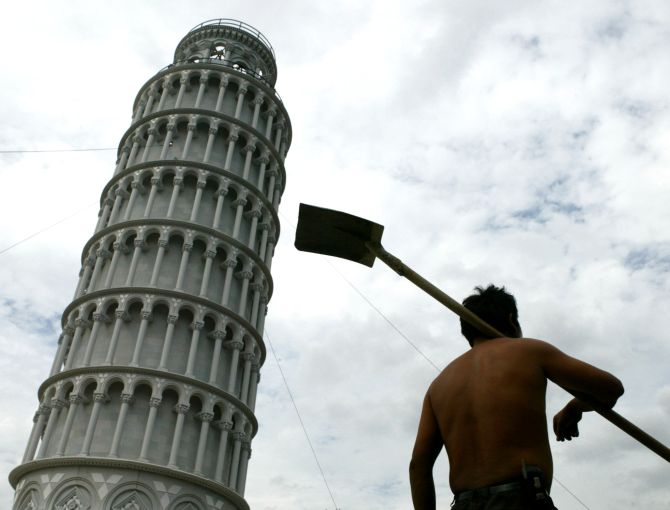 A Chinese worker walks past a replica of the leaning Tower of Pisa in Shanghai. In September 2004 the financial hub of Shanghai in eastern China hosted a 'Roman Holiday' carnival featuring Italian culture, architecture, fashion and food. Photograph: Reuters 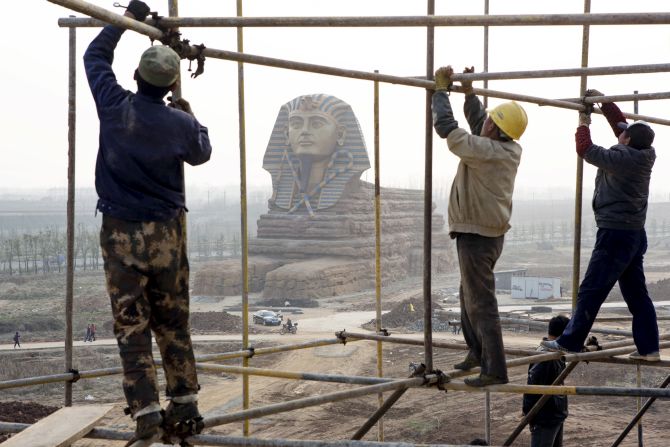 Labourers work on scaffolding near a full-scale replica of the Sphinx at an unfinished movie and animation tourism theme park, in Chuzhou, Anhui province. Photograph: China Daily/Reuters 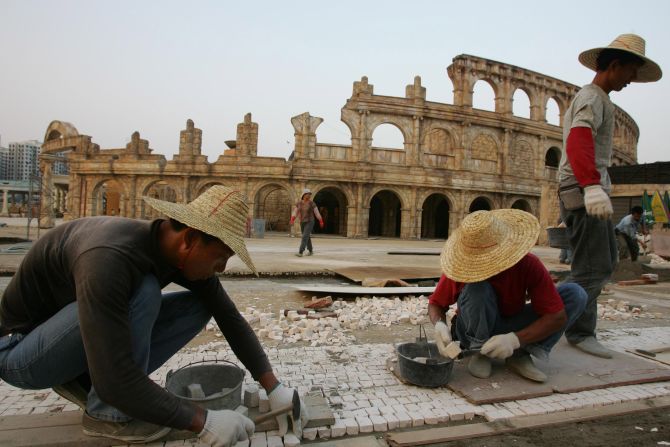 A replica of the Roman Colosseum in Macau. Photograph: Paul Yeng/Reuters 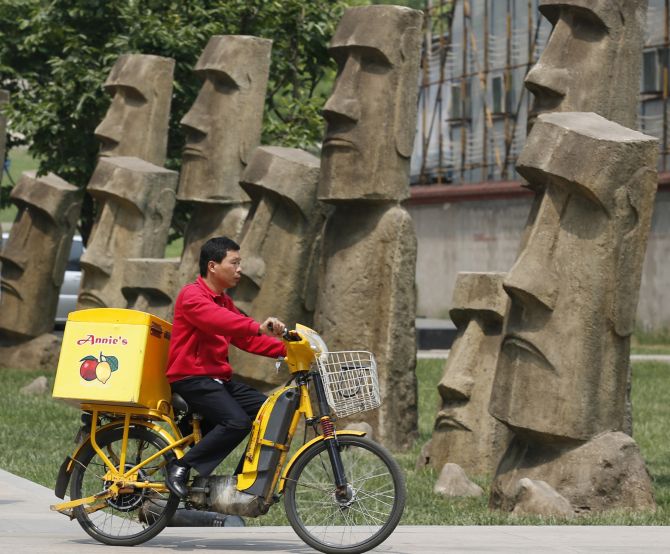 Replicas of the Moai statues on Chile's Easter Island, at a business district in Beijing. Photograph: Kim Kyung-Hoon/Reuters 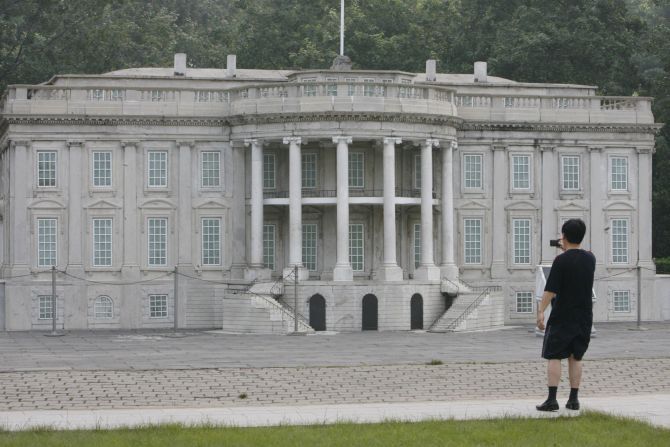 A visitor takes photographs of a replica of the White House at Beijing World Park. Photograph: Claro Cortes IV/Reuters 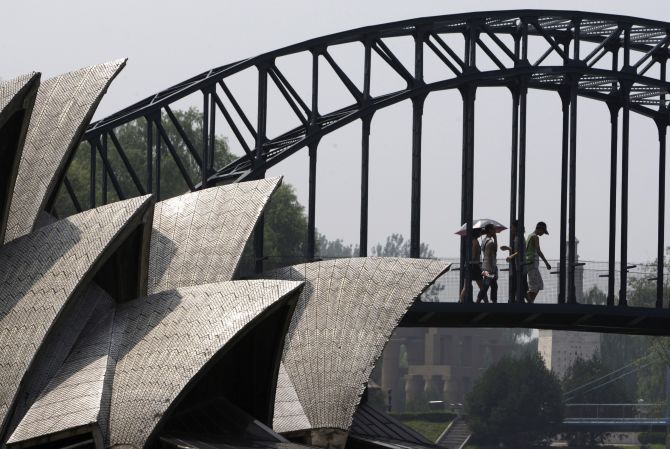 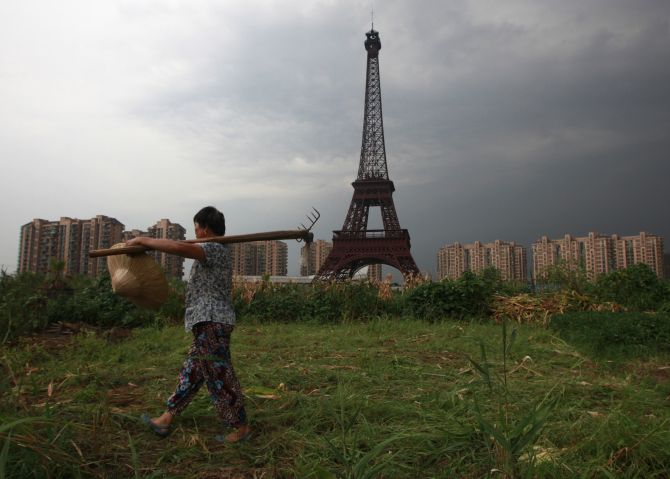 A farmer carries a rake walks down a dirt road past a replica of the Eiffel Tower at the Tianducheng development in Hangzhou, Zhejiang Province. Tianducheng, developed by Zhejiang Guangsha Co Ltd, started construction in 2007 and was known as a knockoff of Paris with a scaled replica of the Eiffel Tower standing at 108 metres (354 ft) and Parisian houses. Although designed to accommodate at least 10 thousand people, Tianducheng remains sparsely populated and is now considered as a "ghost town", according to local media. Photograph: Aly Song/Reuters 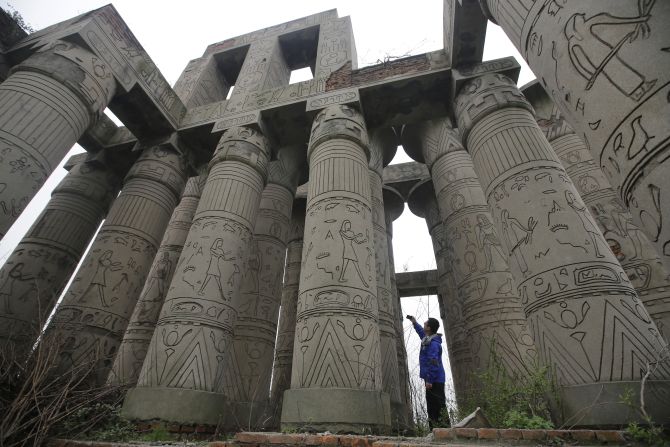 A visitor takes a photograph of a replica of the Karnak Temple in Egypt, at the abandoned Wanguo park in Wuhan, Hubei province. Photograph: Reuters 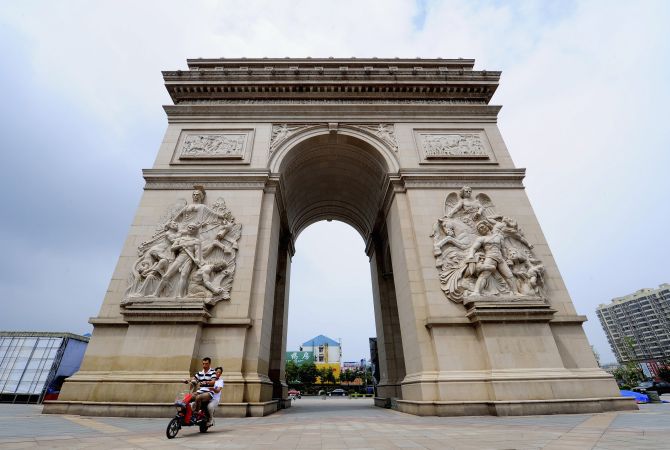 A motorcyclist rides past a 10-metre-high miniature replica of the Arc de Triomphe monument in Paris, in Jiangyan, Jiangsu province. Photograph: Reuters 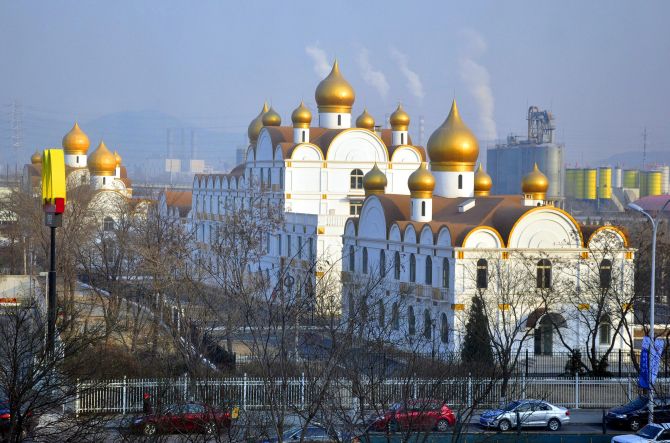 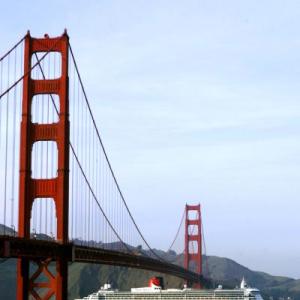 7 engineering wonders of the world