These 10 images show that it’s an odd world out there. 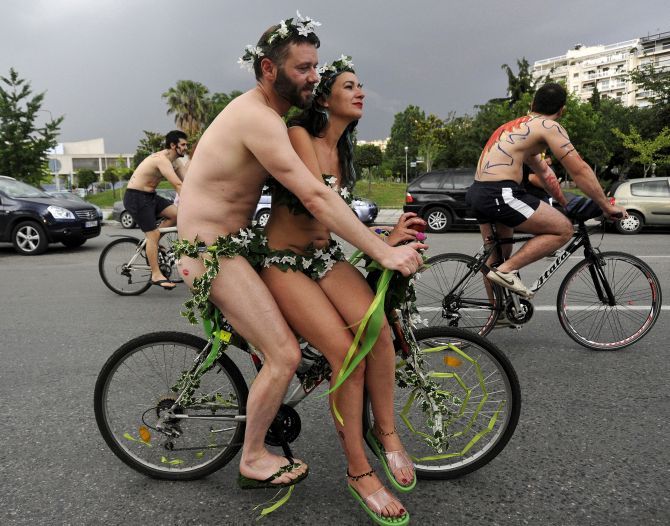 Naked cyclists take part in the World Naked Bike Ride in the northern Greek city of Thessaloniki. According to the organisers, the event aims to reduce exposure to pollution by encouraging cycling as an alternative mode of transportation. Photograph: Alexandros Avramidis/Reuters 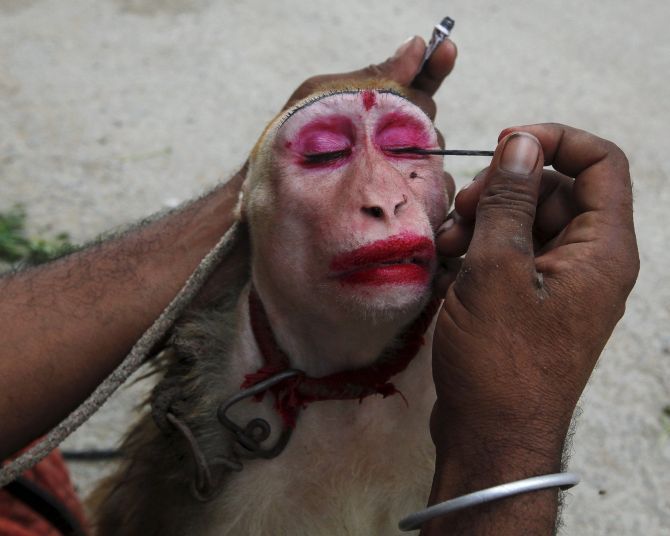 A man applies kohl eye make up to his pet monkey, named Gulabo, before it performs tricks for money along streets in Karachi, Pakistan. Photograph: Akhtar Soomro/Reuters 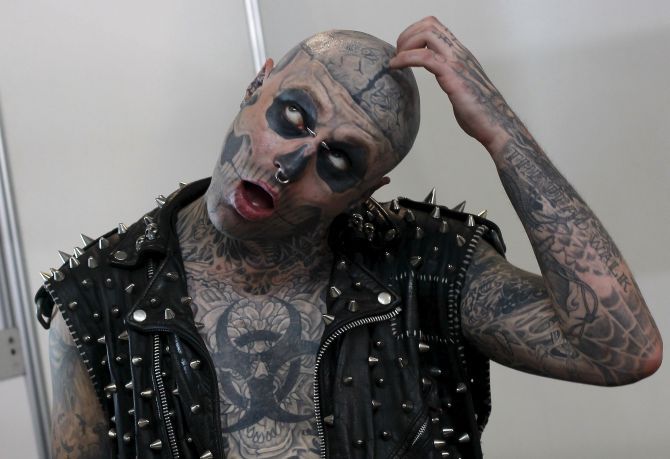 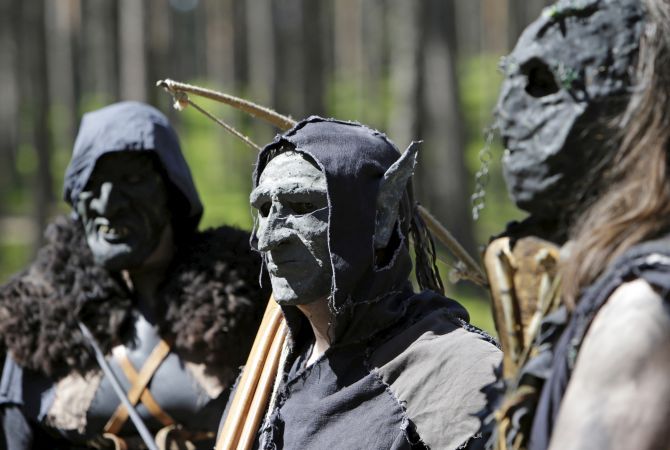 Participants re-enact the Battle of Five Armies from JRR Tolkien’s novel ‘The Hobbit’ in a forest near the town of Doksy, CzechRepublic. According to event organisers, hundreds of enthusiasts dressed as characters such as elves, dwarves, goblins and orcs from the book ‘The Hobbit’ re-enacted the clash. Photograph: David W Cerny/Reuters 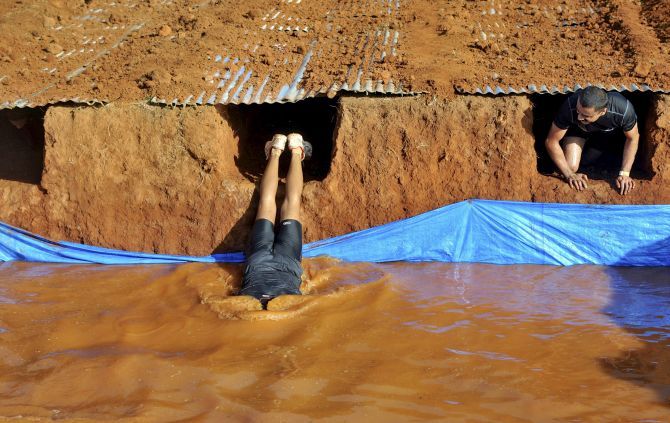 Competitors exit a tunnel as they participate in the Alpha League Races in Bengaluru, India. Around 2,000 people participated in the 5-km endurance race with 20 different obstacles, organisers said. Photograph: Abhishek N Chinnappa/Reuters 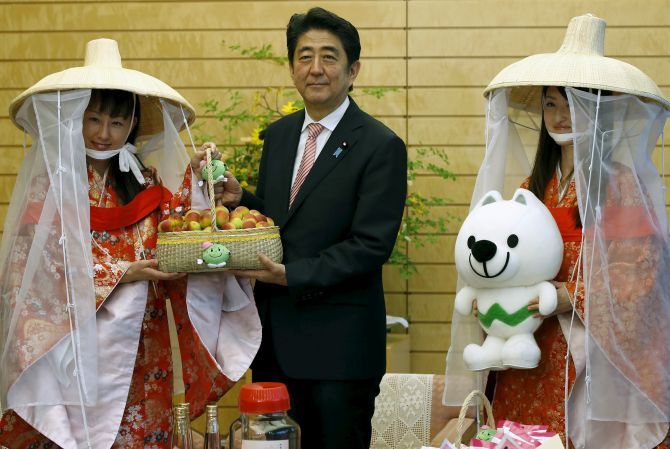 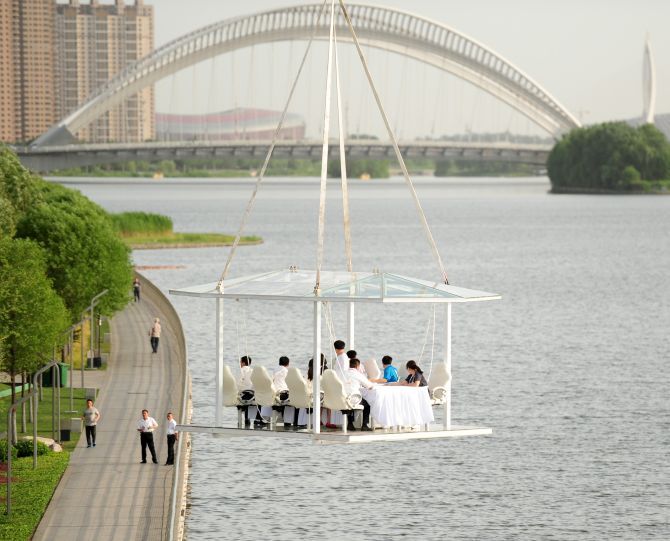 People sit at a table lifted above FenheRiver during a promotional event in Taiyuan, Shanxi province. A property developer opened the temporary restaurant which can hold eight customers to promote their office buildings nearby. People lined up can have a free meal in the air with a river view. The event lasted for three days. Photograph: Reuters 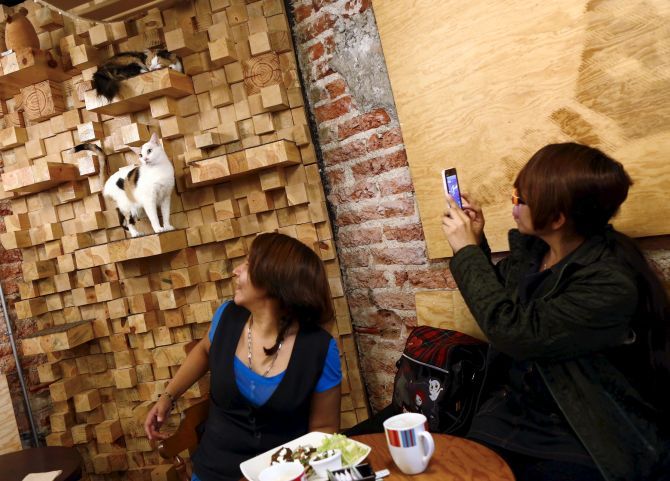 Customers look and take photos with two cats inside La Gateria restaurant in Mexico City. La Gateria is a vegetarian restaurant where diners can play and interact with cats. The owners provide services such as animal adoption as well as the sale of pet toys, brushes, collars and beds, according to local media. Photograph: Edgard Garrido/Reuters An audiovisual light show is projected over the walls of the OldCity during a light festival in Jerusalem, Israel. The Jerusalem Festival of Light is an annual arts festival held every summer since 2009 in Jerusalem. Photograph: Lior Mizrahi/Getty Images 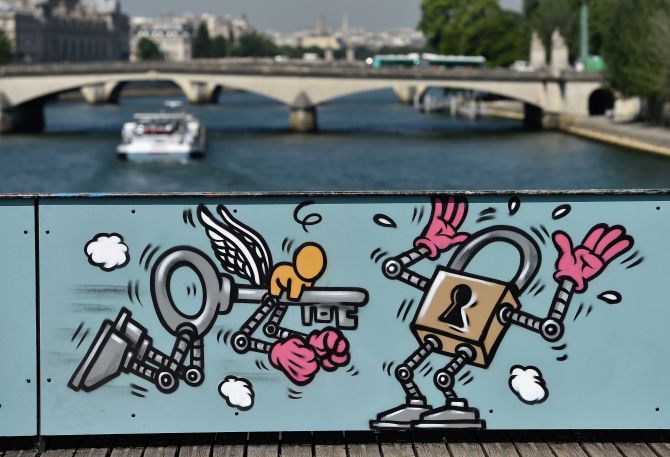 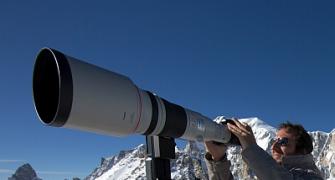 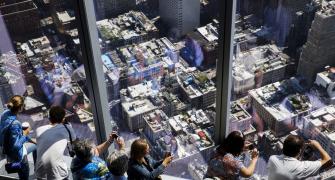 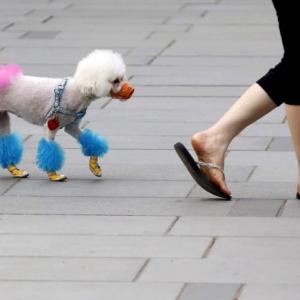 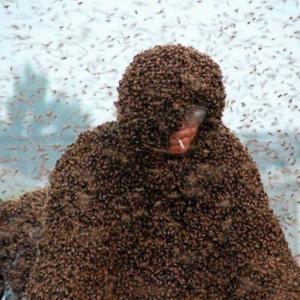