Images that will make you go OMG!

Photographs from moments that shaped the world last week. 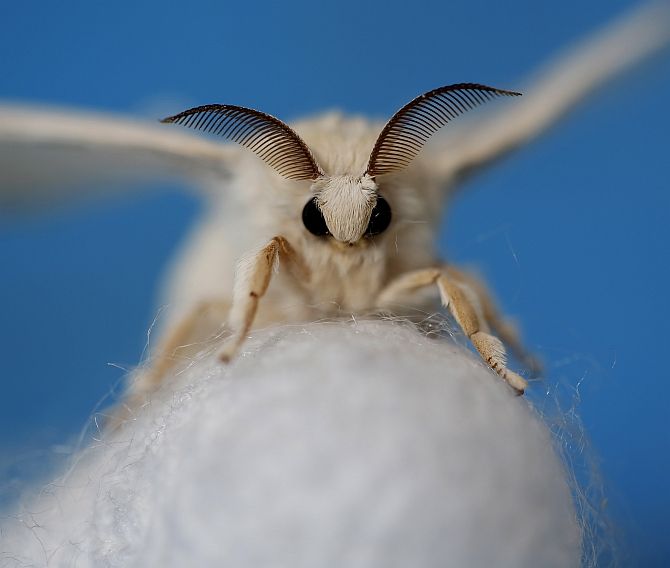 A silkmoth that has hatched out of its cocoon is seen at the Campoverde cooperative, Castelfranco Veneto, Italy. Despite having wings, the adult moth cannot fly. Clusters of silkworms munch on piles of locally-grown mulberry leaves in a white marquee in Italy's northern Veneto region. They are nourishing hopes of a revival of Italy's 1,000 year-old silk industry. Photograph: Alessandro Bianchi/Reuters 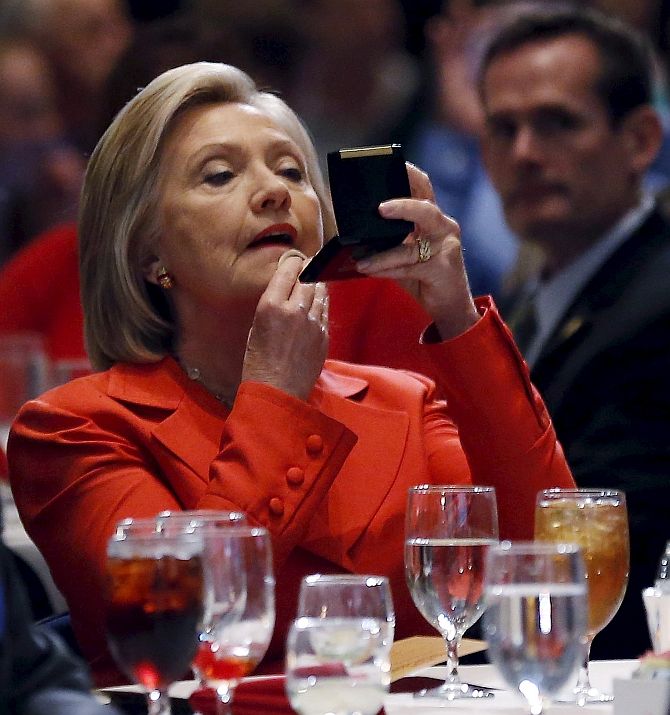 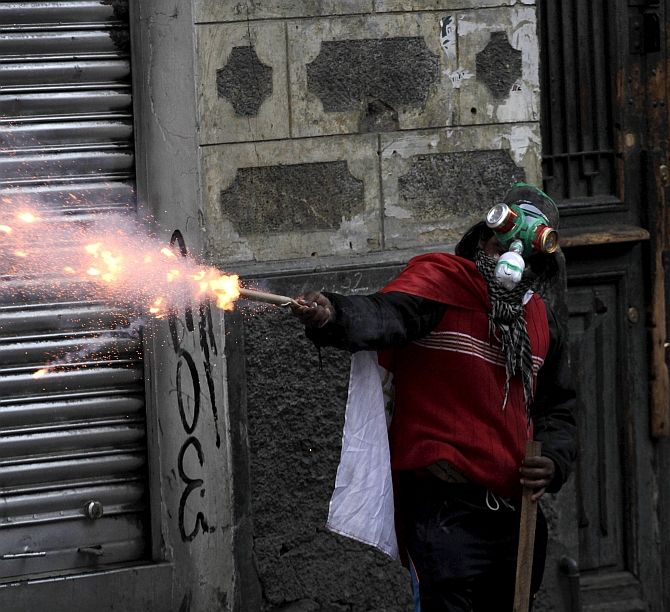 A student with a home-made gas mask lights a fireworks during clashes with riot policemen in La Paz. Photograph: David Mercado/Reuters 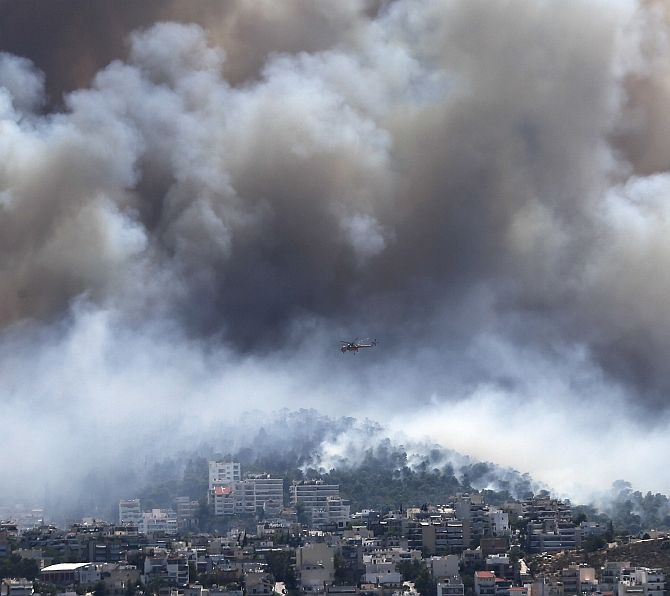 A firefighting helicopter operates over a raging wildfire at the Kareas suburb, east of Athens, Greece. Photograph: Alkis Konstantinidis/Reuters 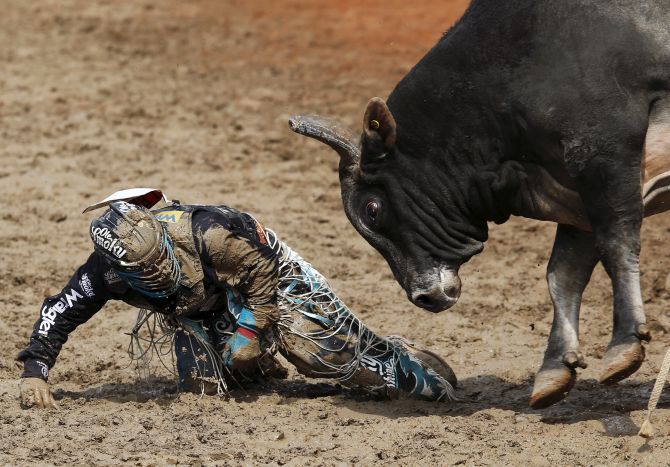 The bull Smoke Show goes after Mike Lee of Fort Worth, Texas after he got bucked off in the Bull Riding event during Championship Sunday at the finals of the Calgary Stampede rodeo in Calgary, Alberta. Photograph: Todd Korol/Reuters 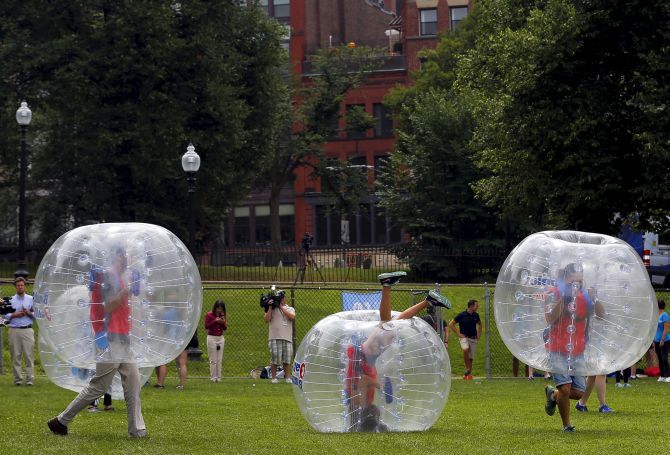 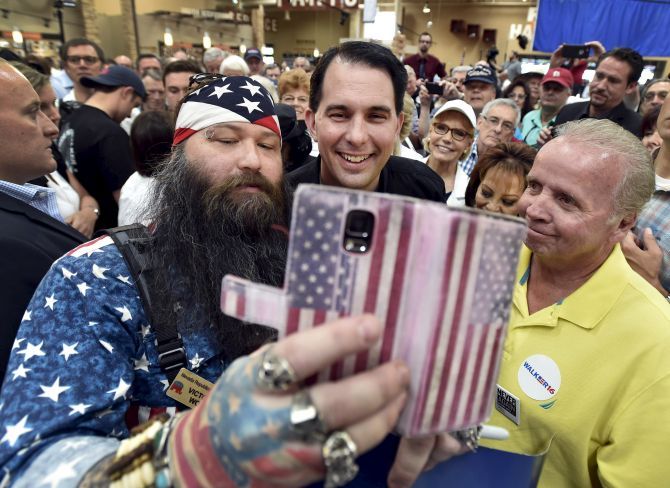 Republican presidential candidate and Wisconsin Governor Scott Walker takes a selfie with supporters during a visit at a Harley Davidson motorcycle dealership in Las Vegas, Nevada. Walker jumped into the race for the 2016 Republican presidential nomination, needing to prove he has learned from early missteps and can appeal to voters beyond the conservatives who dominate the first nominating contest in Iowa. Photograph: David Becker/Reuters 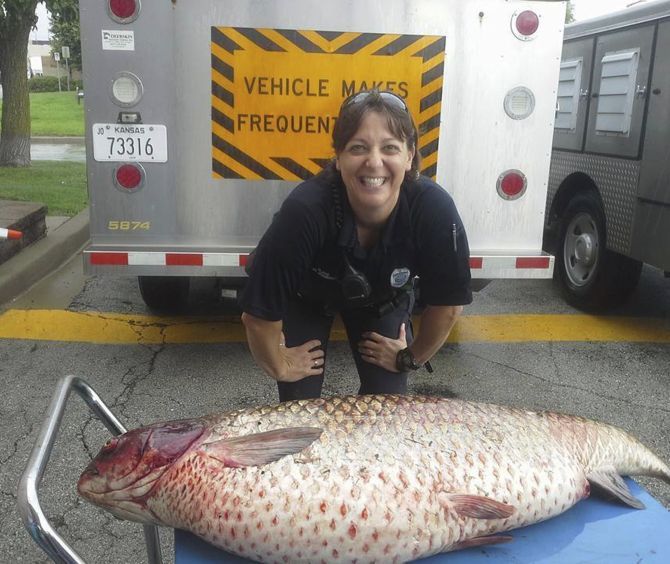 City animal control officer Jamie Schmidt poses with a fish she recovered from a drainage ditch in Olathe, Kansas. Identified as a grass carp, it weighed in at 60 lbs and was over 3 1/2 feet long. Photograph: Olathe Police Dept/Handout via Reuters 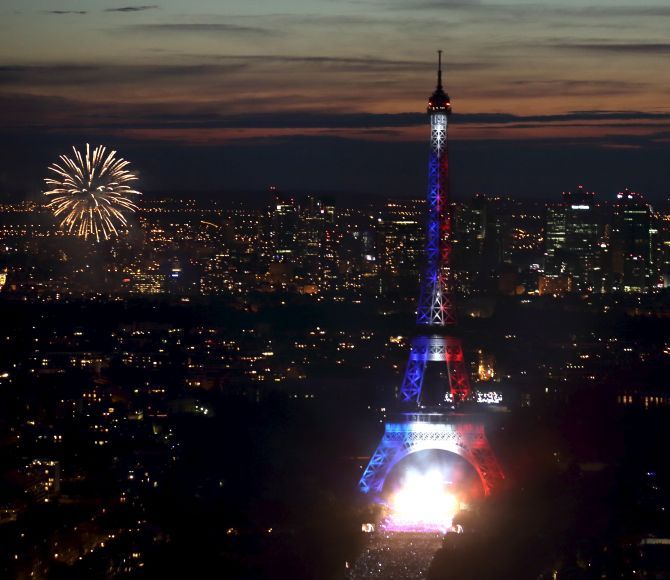 Fireworks light up the sky as the EiffelTower is illuminated in the colours of the French flag to end the traditional Bastille Day celebrations in Paris. Photograph: Pascal Rossignol/Reuters 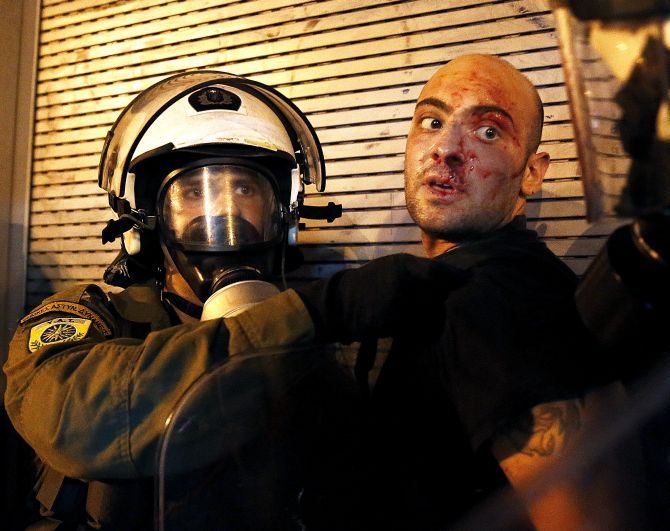 A protester bleeds as he is arrested by riot police following clashes in Athens, Greece. Greek anti-establishment protesters threw dozens of petrol bombs at police in front of parliament on Wednesday ahead of a key vote on a bailout deal, in some of the most serious violence in over two years. Police responded with tear gas, sending hundreds of people fleeing in central Syntagma Square. Photograph: Yannis Behrakis/Reuters 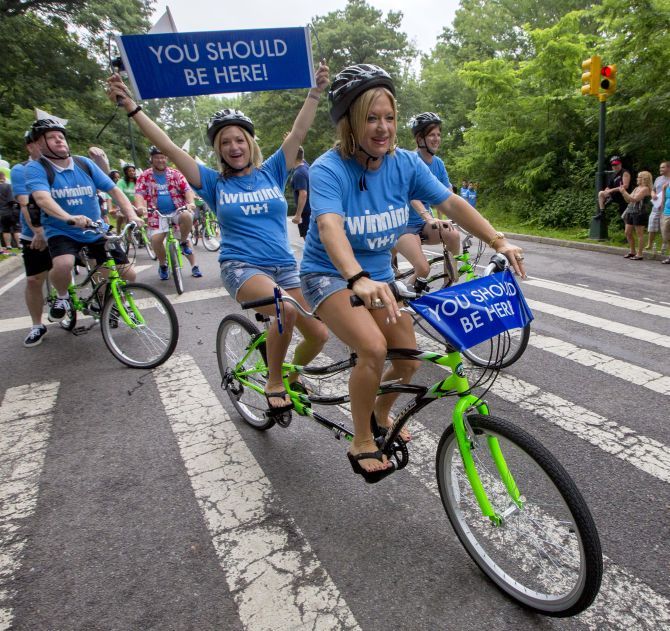 Sets of twins ride on a tandem bicycles in New York's Central Park. Over 160 sets of twins and multiple births took part in an attempt to set a Guinness World Record for the largest parade of tandem bicycles as part of a promotional event for the VH1 network series ‘Twinning.’ Photograph: Brendan McDermid/Reuters 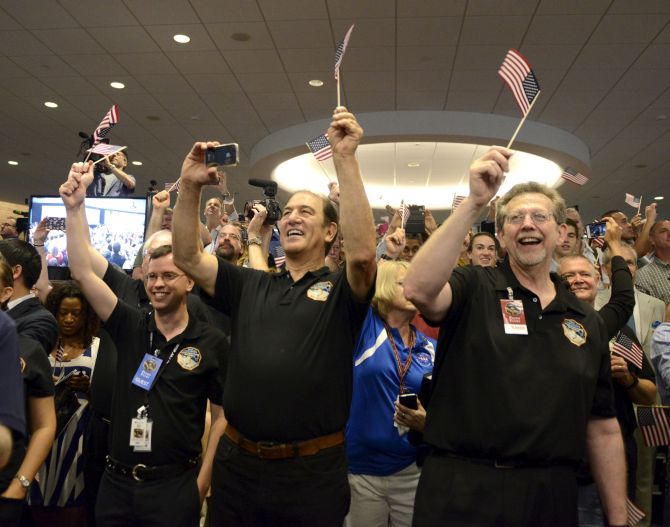 Scientists and guests cheer at the countdown as the spacecraft New Horizons approaches a flyby of Pluto, at NASA's Johns Hopkins Applied Physics Laboratory in Laurel, Maryland. More than nine years after its launch, a US spacecraft sailed past Pluto on Tuesday, capping a 3 billion mile (4.88 billion km) journey to the solar system’s farthest reaches, NASA said. The craft flew by the distant ‘dwarf’ planet at after reaching a region beyond Neptune called the Kuiper Belt that was discovered in 1992. The achievement is the culmination of a 50-year effort to explore the solar system. Photograph: Mike Theiler/Reuters 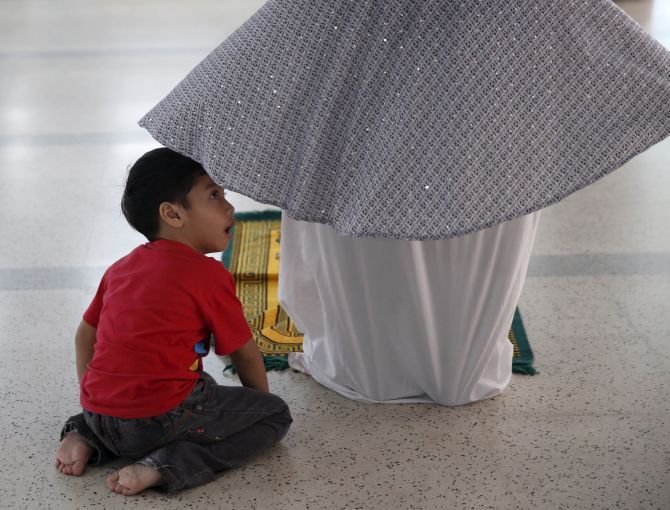 A boy is seen with his mother as she prays on the last day of Ramadan at a mosque in Kuala Lumpur, Malaysia. Photograph: Olivia Harris/Reuters 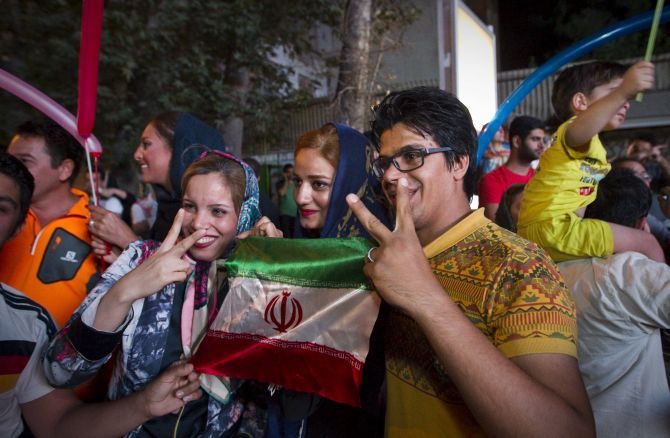 Iranians gesture as they celebrate in the street following a nuclear deal with major powers, in Tehran. Iran’s President Hassan Rouhani said on Tuesday a nuclear deal with major powers would open a new chapter of cooperation with the outside world after years of sanctions, predicting the "win-win" result would gradually eliminate mutual mistrust. Photograph: Tima/Reuters 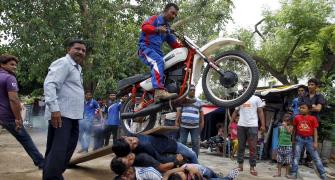 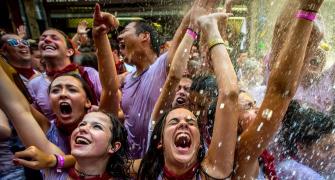 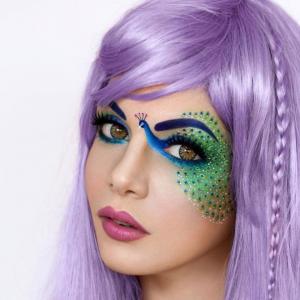 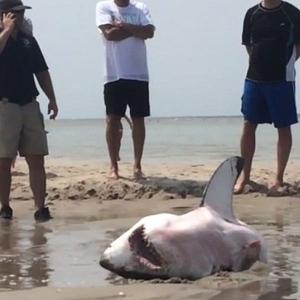