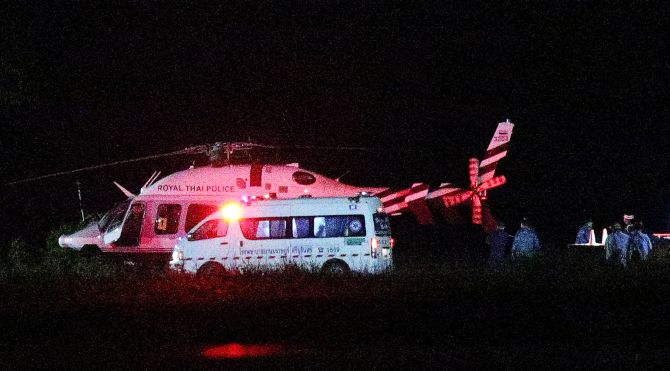 Four members of the Wild Boar football team were rescued from a flooded cave in Chiang Rai in northern Thailand on Sunday, according to several media reports.

Rescuers in northern Thailand extracted four boys from the cave where they had been trapped for more than two weeks, with the head of the operation saying it was going ‘better than expected’. 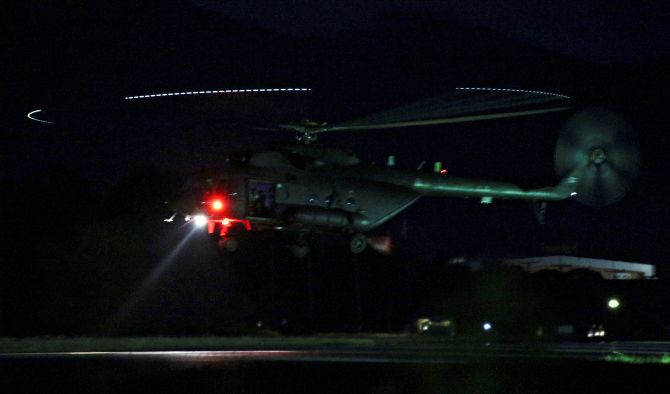 The Thai Navy SEAL confirmed that four boys from the soccer team had been rescued from the Tham Luang cave, according to its official Facebook page.

The rescued boys have been taken to a hospital by ambulances for medical treatment.

Authorities are racing against time to rescue the boys and the coach of the soccer team, who have been stranded in the cave for more than two weeks now. 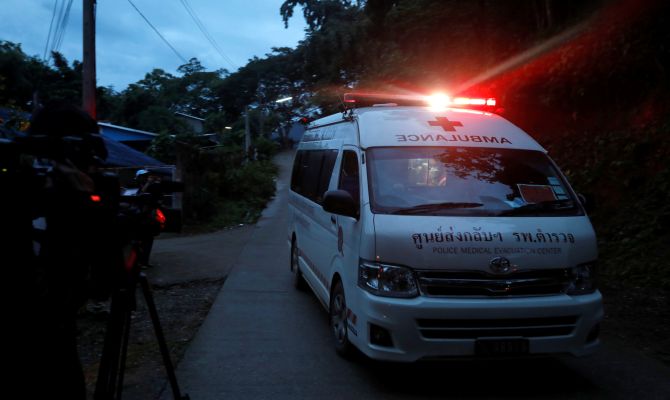 A team of 13 international cave diving experts and five Thai Navy SEALs are carrying out rescue operations, according to a report of CNN.

Governor of Chiang Rai province, Narongsak Osottanakorn told CNN that apart from the Thai divers, the rescuers were from other countries such as the United States, Europe, Australia and China. 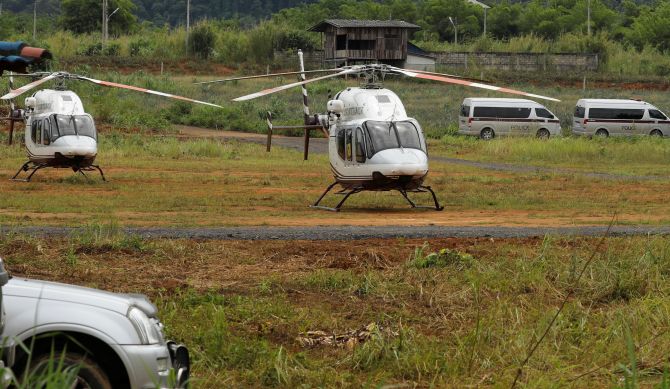 IMAGE: Helicopters kept at the rescue site to transport the schoolboys and their coach. Photograph: Tyrone Siu/Reuters

With heavy rains forecasted for the entire week, Governor Osottanakorn had then dismissed the idea of an immediate rescue, saying that efforts will be initiated only if the risk to the rescuers' lives were minimal. 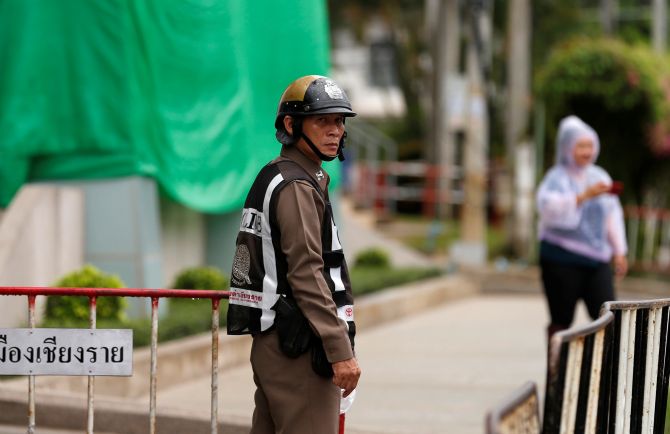 IMAGE: A policeman stands guard in front of the Chiang Rai hospital where the schoolboys are getting treatment. Photograph: Soe Zeya Tun/Reuters

The rescue operation is a treacherous attempt. To reach the cave, where the party is stranded, the divers must pass through a series of dark, narrow and flooded tunnels that could take up to six hours to navigate.

Thai authorities earlier said that it could take days for the divers to rescue all the boys and the football coach. 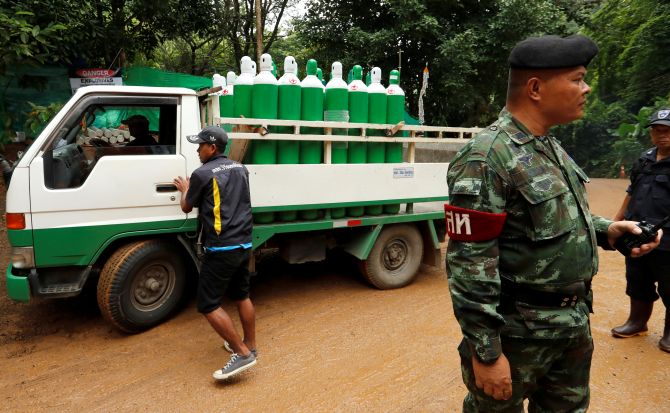 The operation has been concluded for the day and will resume again in next 10-20 hours, Osottanakorn said.

Meanwhile, the medical teams will continue to monitor the health of the boys even as they remained trapped inside the cave. 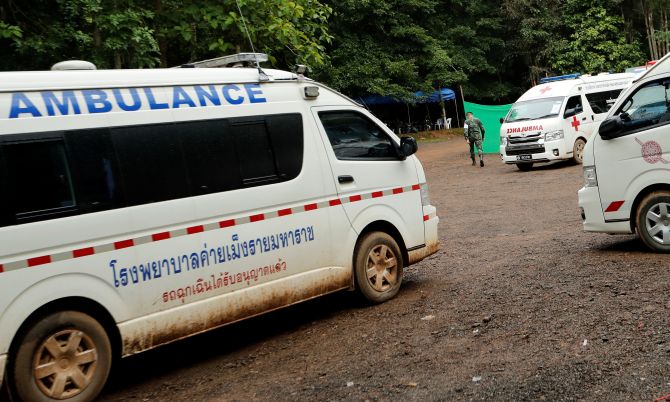 US President Donald Trump said that his administration is helping the Thai government to rescue the boys from the cave.

‘The US is working very closely with the Government of Thailand to help get all of the children out of the cave and to safety. Very brave and talented people!’ he tweeted.

On Friday, a Thai diver had died while attempting to rescue the trapped group. 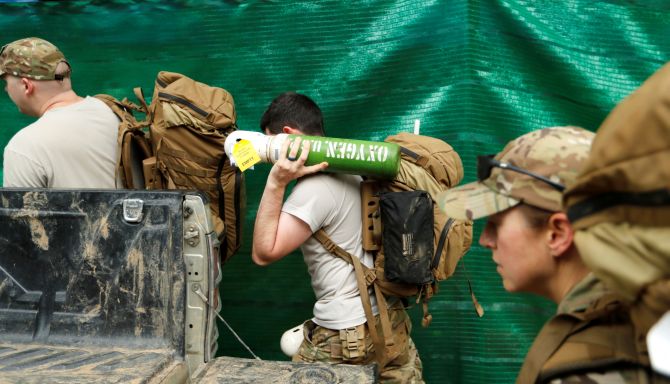 The footballers who were found by the British divers on late Monday night, with footage showing them visibly weak and huddled on a mud mound deep inside the cave.

They were trapped in the flooded cave for nine days before being found.

Aged between 11 and 16 years, the boys were members of the Wild Boar soccer team. 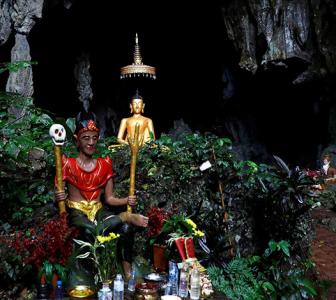 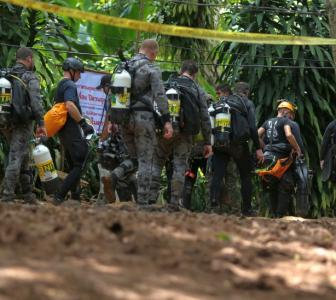 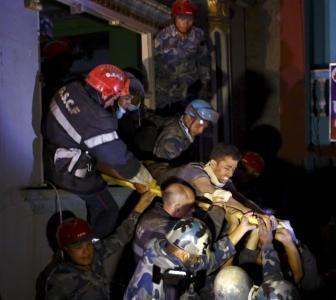 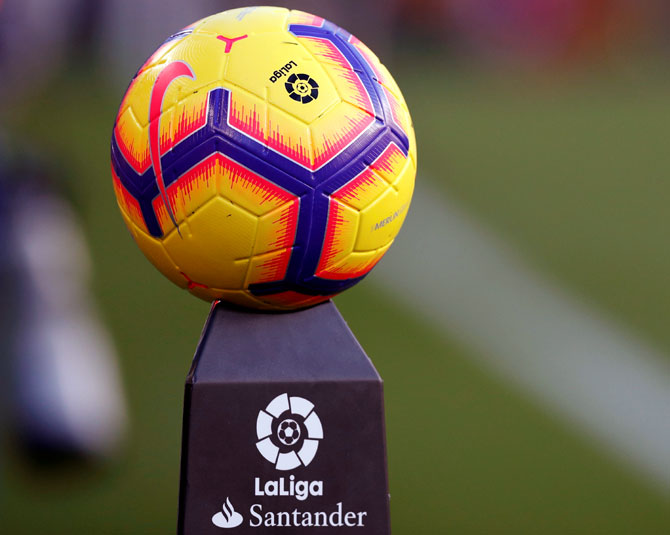 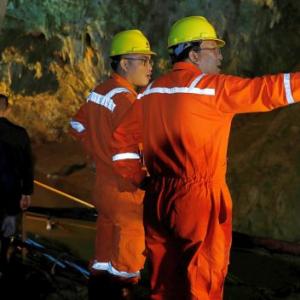 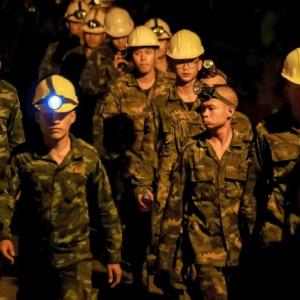