The cold forced most Kashmiris to stay indoors and threw life out of gear. But there are few things that can match the beauty of a white Kashmir. Umar Ganie/Rediff.com captures some wow moments. 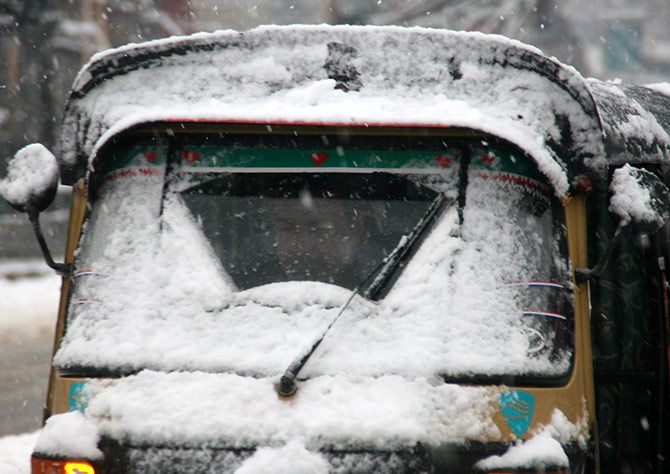 An auto rickshaw driver tires to make his way through the streets of Kashmir amid heavy snow. 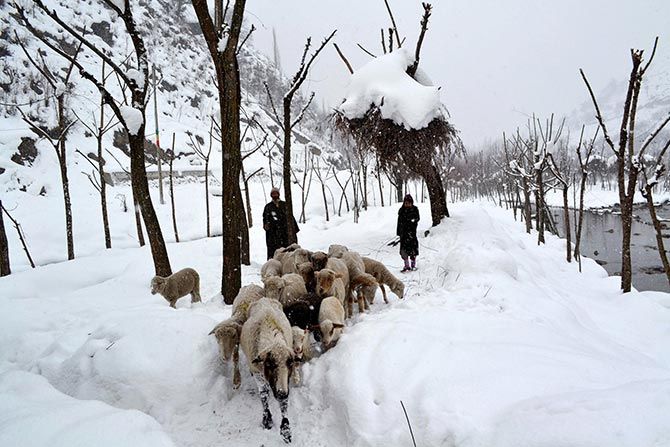 A shepherd steers his sheep in snow-covered Srinagar. 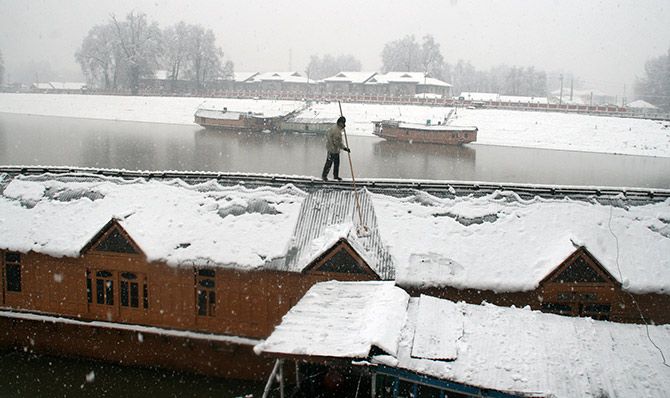 A owner of a house boat clears snow from its rooftop in Srinagar. 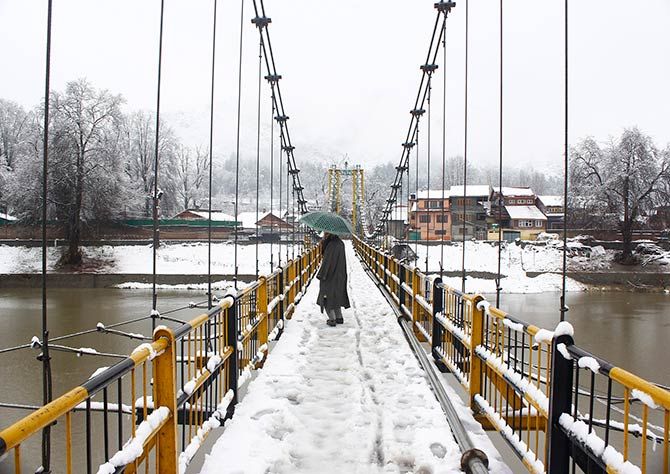 A man stops and admires the picturesque view as he crosses a bridge in Srinagar. 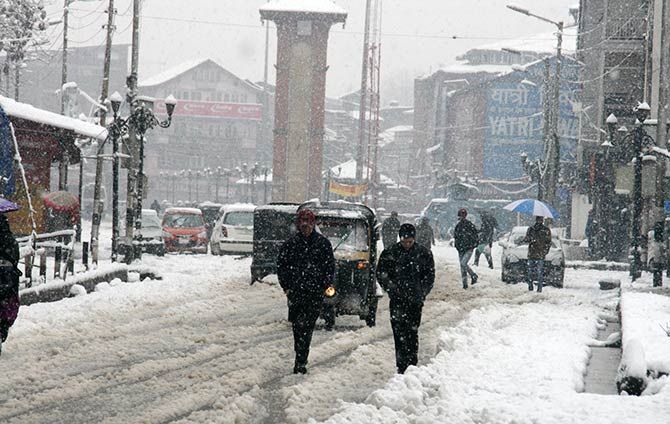 Life slows down at Lal Chowk in snow-hit Srinagar. 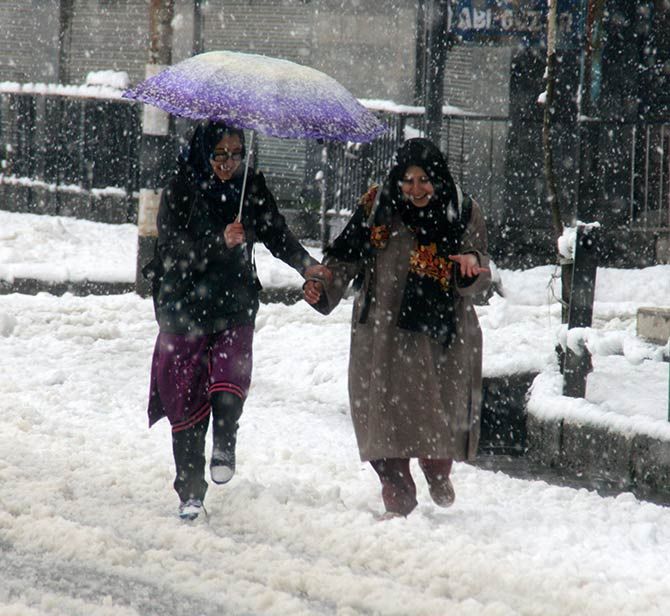 Thank god it's Monday! Women in Kashmir have a fun day out in the snow. 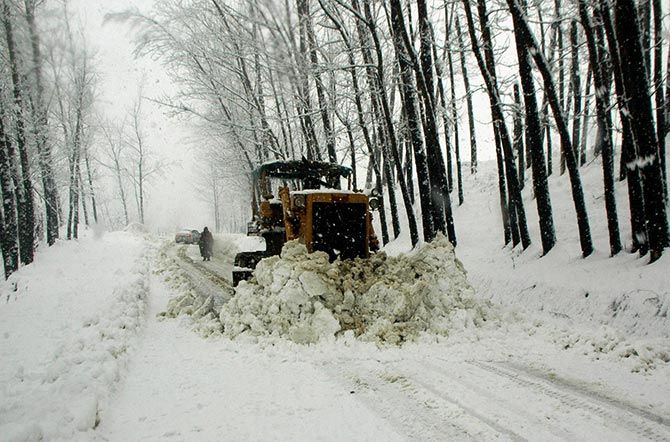 A beacon worker clears snow on the Srinagar-Jammu National Highway on Monday. The 294-km was closed for traffic. 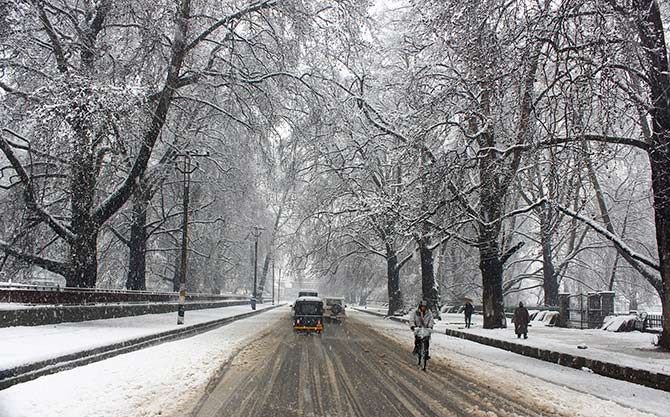 With snow-covered branches, this road in Srinagar looks like it's straight off a postcard. Vehicles move with caution on the slippery streets of Srinagar. 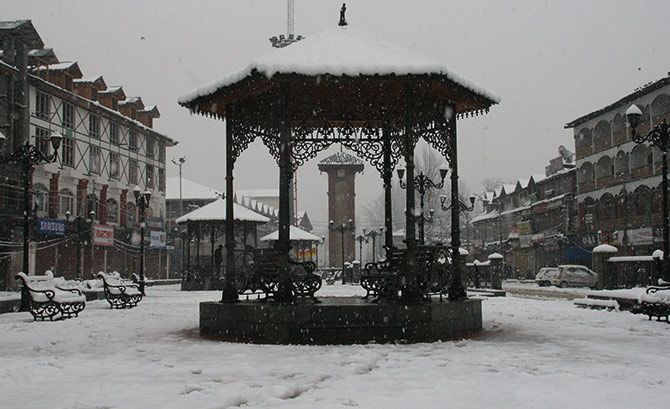 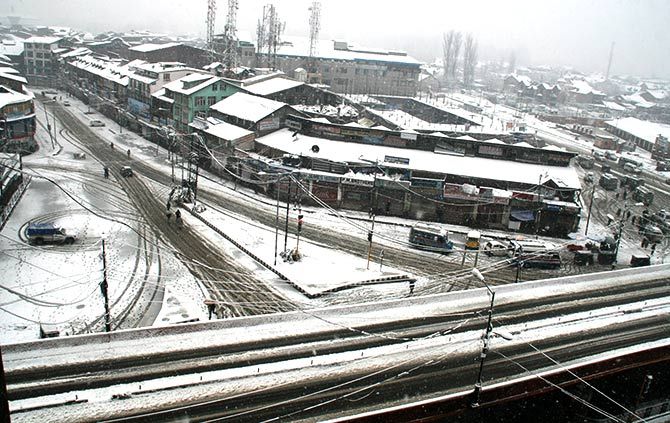 ...And so does the rest of Srinagar. 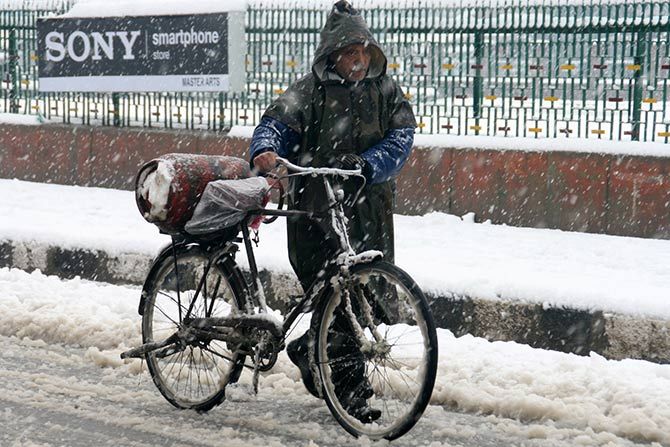 A man walks along with his bicycle braving the heavy snowfall. 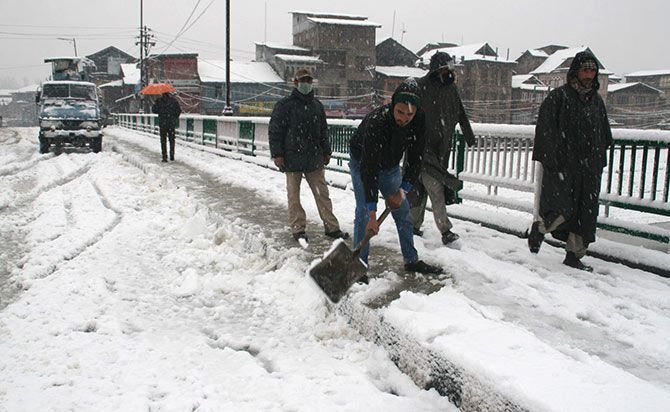 It was an extended weekend for most, but not for civic workers in Srinagar who had a task at hand as snow continued to pile up. 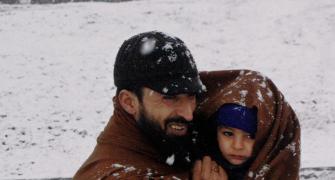 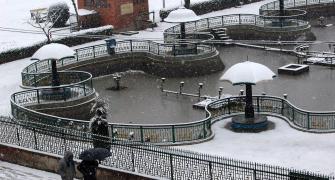 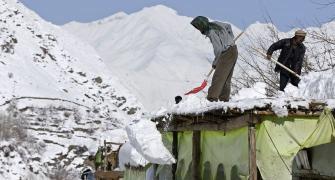 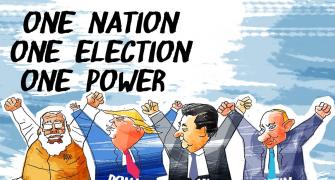 Dom's Take: One Nation, One Election, One Power 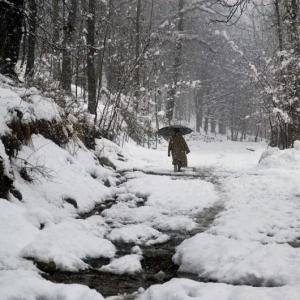 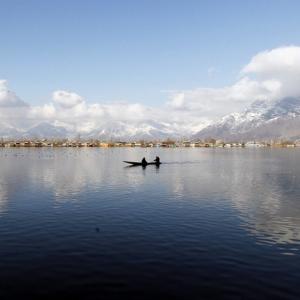