News
Business
Movies
Sports
Cricket
Get Ahead
Money Tips
Shopping
Sign in  |  Create a Rediffmail account
Rediff.com  » News » Aurangzeb stands out as an inspiration for us: Sitharaman after meeting martyr's family

Aurangzeb stands out as an inspiration for us: Sitharaman after meeting martyr's family

Defence Minister Nirmala Sitharaman on Wednesday visited the family of the soldier who was abducted and killed by terrorists two days ahead of Eid and described him as an inspiration for the nation. 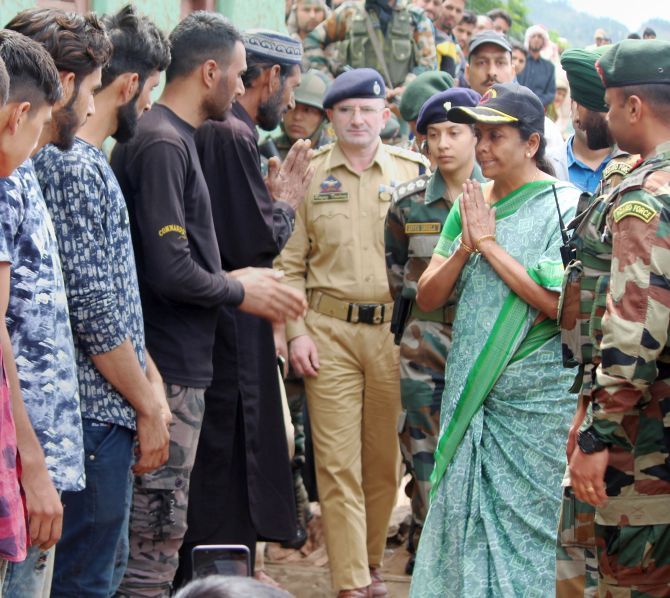 Accompanied by senior army officers, the minister went to the remote hamlet of Salani in the border district of Poonch to express her condolences to the family of slain soldier Aurangzeb, officials said.

"I have come here to meet the martyr's family," the defence minister told reporters after meeting the family, including Aurangzeb's father, a former army man who reiterated his resolve to sacrifice his all to safeguard the integrity and sovereignty of the country.

"Here is a family, here is a martyr, who to me and I am sure to the whole nation, stands out as an inspiration... and that is the message I am carrying from here," she added.

Aurangzeb, who was posted with 44 Rashtriya Rifles, was on his way home to celebrate Eid when terrorists abducted him from south Kashmir on June 14 and killed him same day.

He had boarded a private vehicle for Shopian, from where he was supposed to go to Rajouri district.

The terrorists intercepted the vehicle as it approached Kalampora and abducted the jawan.

His bullet-riddled body was found at Gussu village, about 10 km from Kalampora, in Pulwama district. 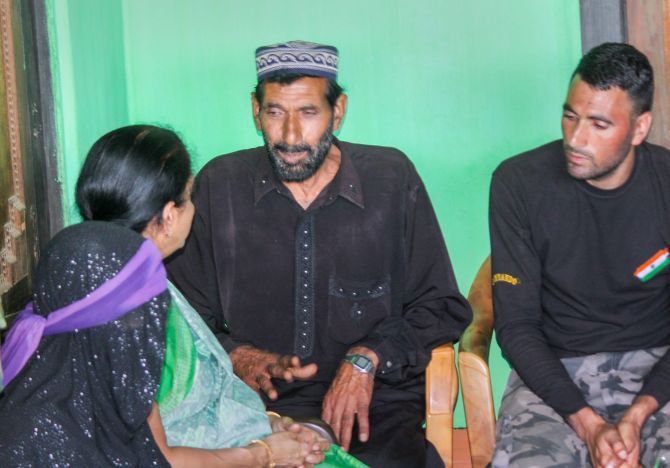 The minister's visit to his family came two days after Army Chief Gen Bipin Rawat spent over 30 minutes with his parents.

Earlier, Aurangzeb's family had made an emotional appeal to Prime Minister Narendra Modi, the army and the Jammu and Kashmir government to eliminate militancy from the state and avenge his death.

"My son has laid down his life for the country. He was a brave soldier. I and my sons will also sacrifice (ourselves) for the nation. We want goons to be wiped out," Mohammad Hanief, Aurangzeb's father and a former sepoy of the Jammu and Kashmir Light Infantry, had said. 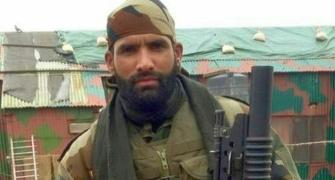 If govt can't, we will avenge Aurangzeb's death, says brother 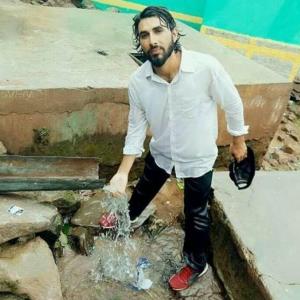