News
Business
Movies
Sports
Cricket
Get Ahead
Money Tips
Shopping
Sign in  |  Create a Rediffmail account
Rediff.com  » News » Restored! The Audi in which Netaji made his great escape

Restored! The Audi in which Netaji made his great escape

President Pranab Mukherjee on Wednesday unveiled the restored German car in which Netaji Subhas Chandra Bose had made his great escape from his ancestral home in Kolkata in 1941 during his house arrest by the then British government. 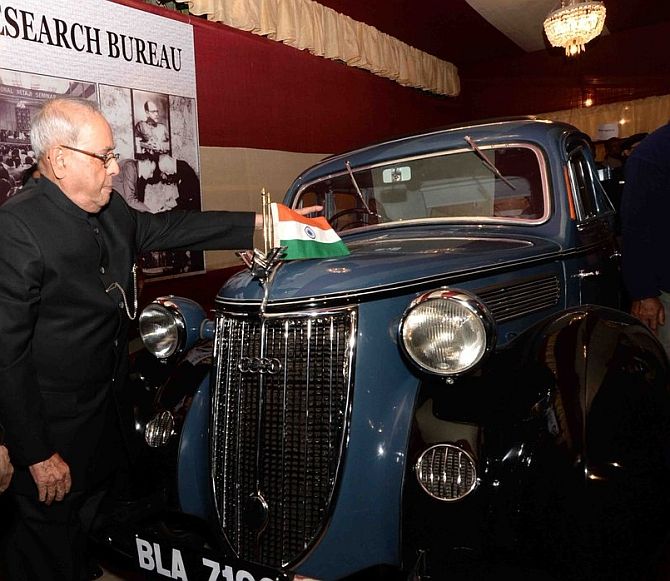 Netaji had used the Audi Wanderer W24 to escape from his Elgin Road residence to Gomoh railway station in Jharkhand to catch a train to Delhi.

The President unfurled the flag on car's bonnet. West Bengal Governor Keshri Nath Tripathy as well as Sugata Bose, Netaji's grand-nephew and also a Trinamool MP, were present at the event.

"I must congratulate Krishna Bose and other members for undertaking the task of refurbishing the car which was used by Netaji Subhash Chandra Bose for his great escape," Mukherjee said. 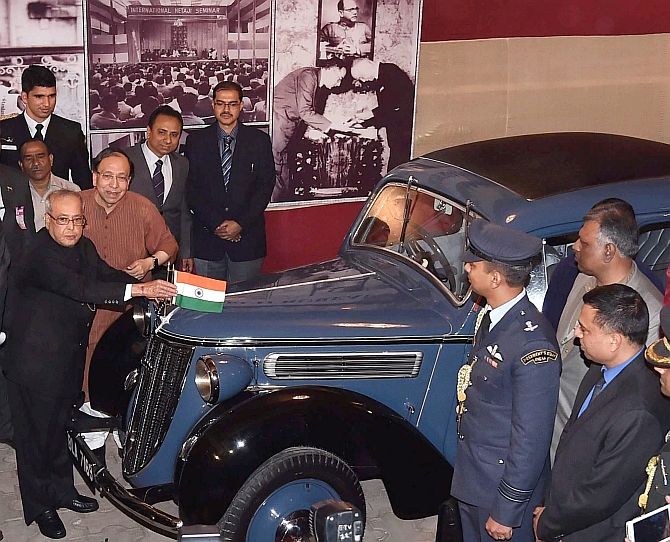 The great escape is known as "Mahanishkraman" which depicts the story of leaving the house, its preparedness and the consequences, he said.

Stating that Netaji's life is a most emotive issue in political arena, the President said: "After long gap of his disappearance from India, he is still a centre of so many issues and sometimes many controversies."

Mukherjee talked about undaunted spirit of Sugata's father, Sisir Kumar Bose, who was also at the wheels during Netaji's escape from Kolkata.

"Netaji had asked him (Sisir) 'Amaar ekta kar korte parbe?' (can you do some work for me?) in 1940. Sisir Bose never stopped doing Netaji's work until he passed away in 2000," he said.

"Many a times I have come here as a Bengali and as resident of Kolkata. Still I accepted the invitation because I thought I must associate at his momentous occasion of 60th anniversary of NRB and also 76th year of the great event performed by the great personality," he added. The German Wanderer sedan of 1937 make has been restored to its 1941 look by automobile giant Audi.

The sedan was driven regularly until 1957 by Sugata's father and later it was given to Netaji Research Bureau and kept for visitors there. The car was again driven briefly for the Japanese TV project in 1978.

A team of mechanics from Audi Kolkata started working in May 2016 to restore the iconic 4-door Audi's (then Auto Union) Wanderer W24 to its former glory.

It is the most prized possession of the Netaji Research Bureau museum. Netaji was said to be the first Indian to own an Audi vehicle in the country.

The President also sat in the car and went around it to have a feel and later on spoke about the era when Netaji was driven from Kolkata to Gomoh by his nephew Dr Sisir Kumar Bose in the month of January, 1941 -- an important milestone in the history of India's freedom struggle. 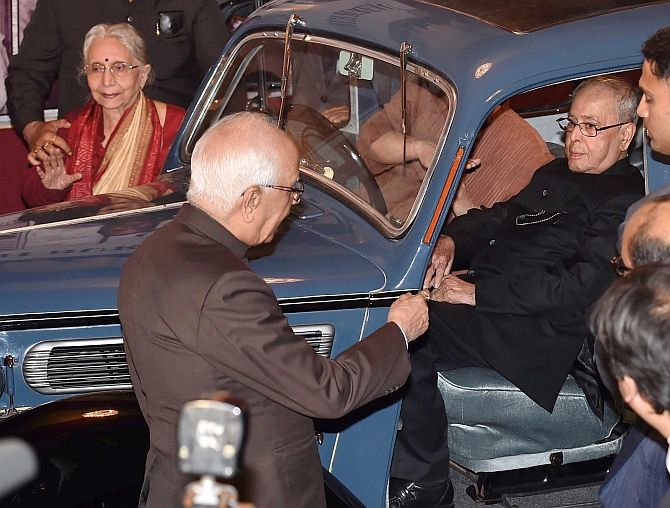 "He made a wonderful statement and spoke extempore deviating from the prepared text," said Sugata Bose.

After the President left, the dignitaries present boarded the car and travelled a little distance within the premises, Bose said.

The car had been previously driven by Dr Sisir Bose for a shooting of a Japanese news channel in 1978 after it was gifted to Netaji Research Bureau by Bose family in 1958 and kept for visitors there, Krishna Bose said, adding though the car was in good condition, the family and Netaji Research Bureau both had wanted to restore it to the 1941 looks.