A state banquet was hosted for US President Donald Trump at the majestic Rashtrapati Bhavan on Tuesday night with its forecourt decked up to its glory for the last engagement of his two-day visit to India. 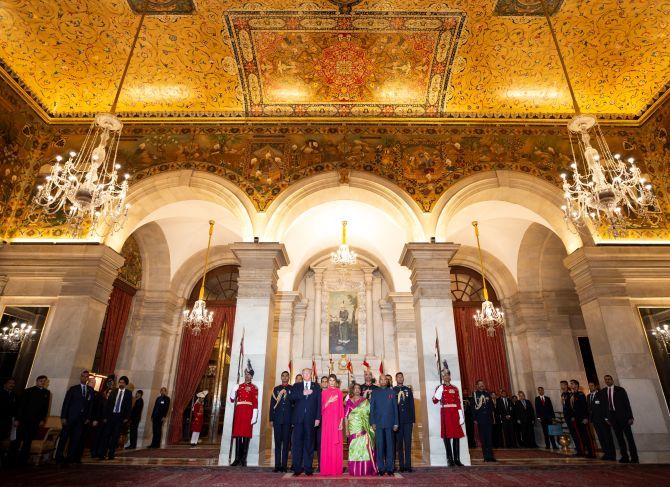 The architectural marvel, spread over 130-hectares, was lit up for Trump and his wife Melania were given a ceremonial welcome at the forecourt, which has a mixture of pink and cream sandstones.

As the Presidential Bodyguards lined up on the stairs leading to the Durbar Hall, Trump, who was received by President Ram Nath Kovind and his wife Savita, were taken to the hall where the visiting dignitary took a round. 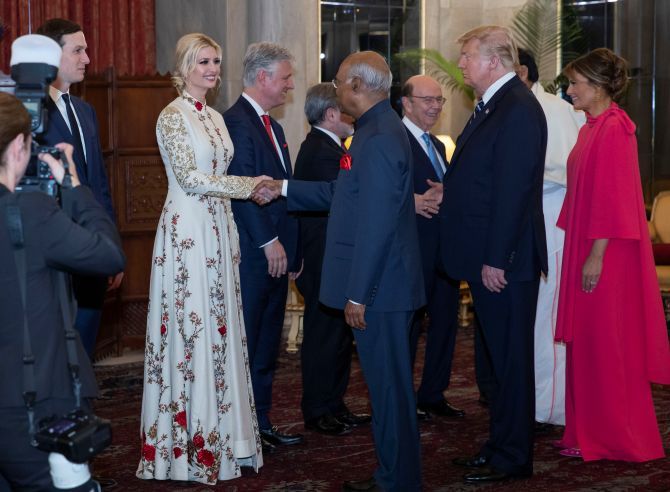 Later, the Kovind and Trump, along with their spouses posed for a picture before a 5th century statue of Gautam Buddha.

It was followed by official talks during which Kovind said importance of the Indo-US relations could be gauged from the fact that a large number of people came to welcome him. 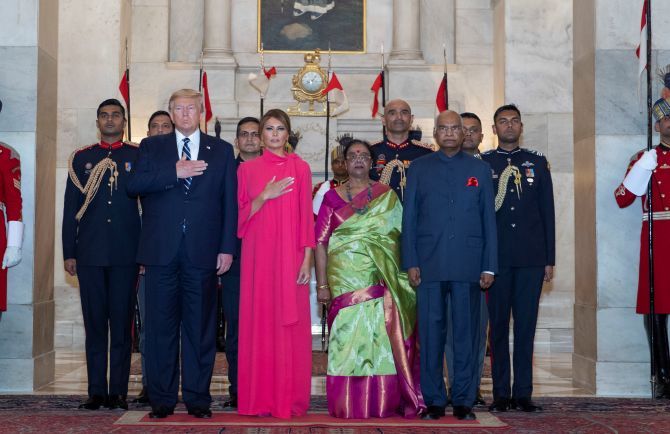 "The US is a valued friend and India is deeply committed to the strategic partnership between the two countries," Kovind said in his opening remarks.

The US president said the last two days have been 'very productive'. Both the countries are working for trade and military deals, Trump said.

He said coming to India has always been a learning experience and thanked President Kovind for the hospitality extended to him and his entourage. 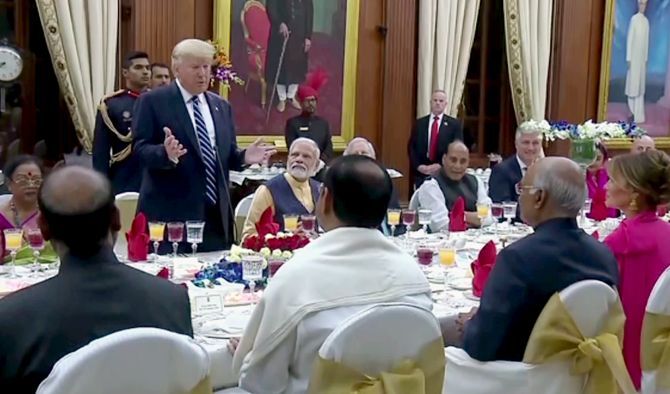 A elaborate spread was laid out for the Trumps. The vegetarian delicacies served included coriander shorba, aloo tikki with palak papdi, zarkhez zameen (seasonal vegetable cooked in its juice) and dal raisina. 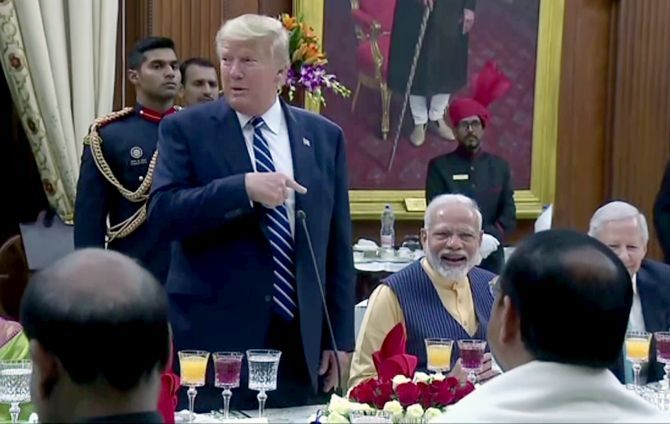 In his banquet speech, Trump said he had 'tremendous two days' during which lot of business was done. 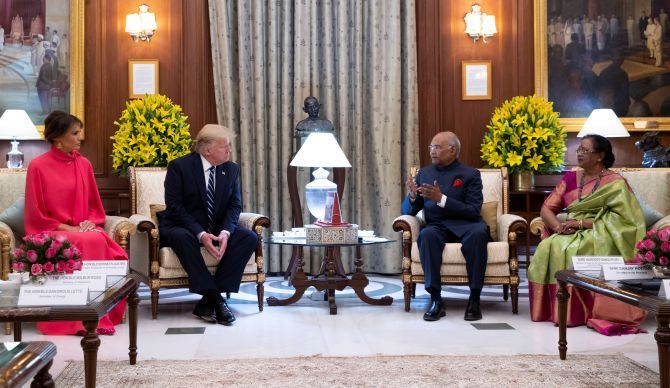 President Kovind said the past two days were very special for India as the US-India relations were very deep.

"India views the US as a long-term friend and a natural partner. Our strong democratic credentials bind us together. Continued economic prosperity and geo-political leadership of the US is in India's interest. 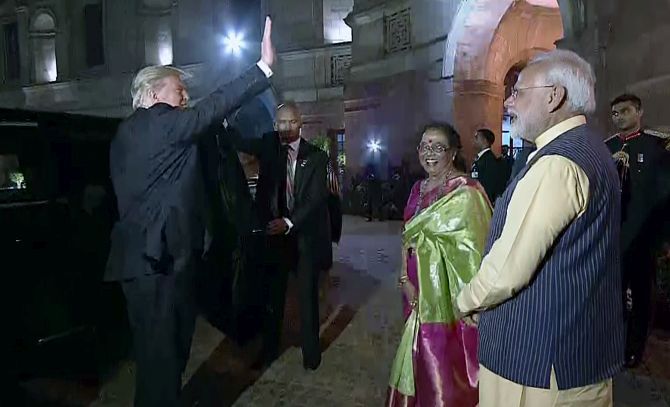 "Similarly, India's growing political, economic and military footprint will be beneficial for the US interests in the region as well as globally," he said.

Kovind said as the world's largest democracies, India is deeply connected with each other through the people and their aspirations. 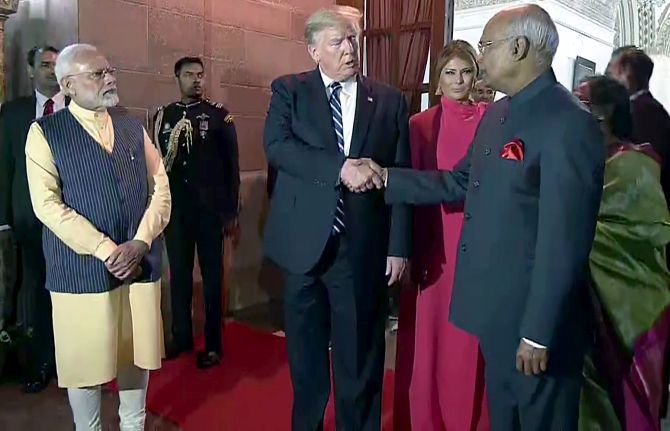 He said the bedrock of Indian and American society has been hardworking middleclass families and that's what makes everyone understand each other instinctively. 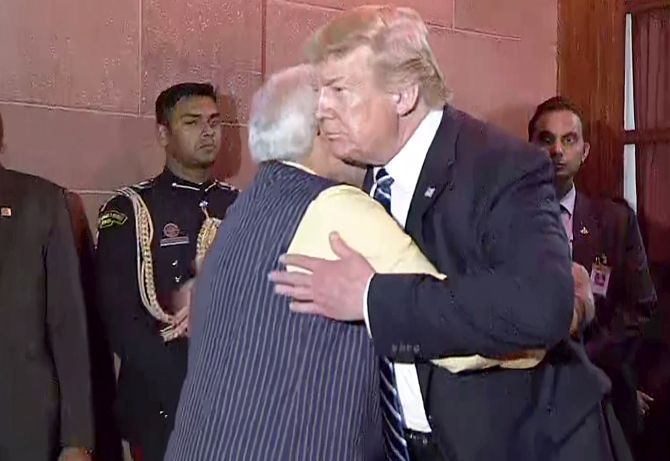 "Over 4 million people of Indian origin have made America their home. They are a living bridge between the American Dream and our vision of New India.

"Our bilateral canvas has many folds, but none more impressive than the one painted by the growing Indian student community in the US," he said. 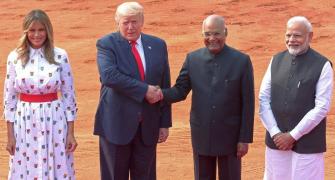 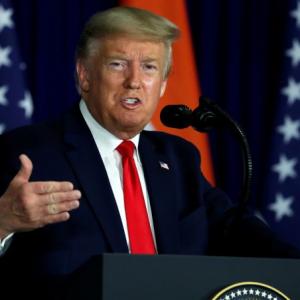 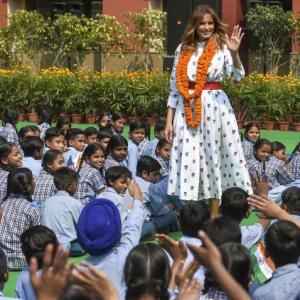