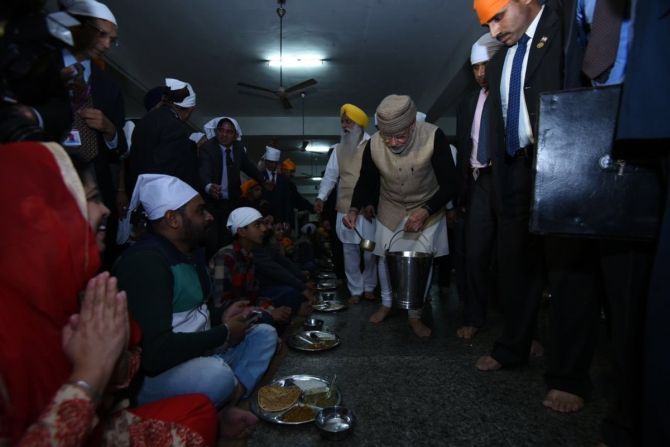 Prime Minister Narendra Modi served langar (community meal) in the hall of Golden Temple, stated to be the first premier of the country to do the service in Amritsar.

On Saturday night, Modi along with Afghanistan President Ashraf Ghani visited the GoldenTemple, the revered seat of Sikh religion.

During the visit, Modi took a bucket in his hand and started serving people langar. 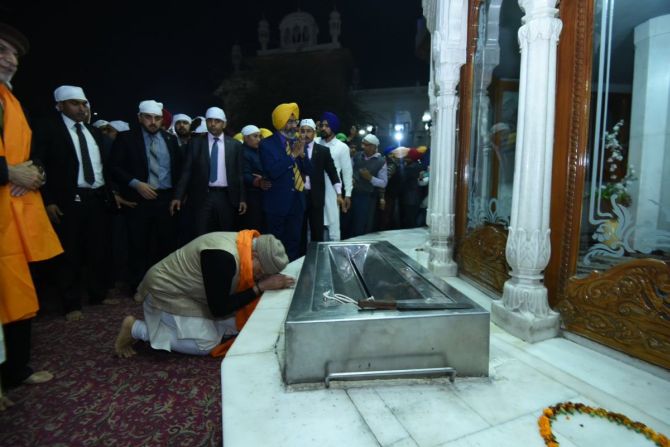 "Modi is the first prime minister of the country who served langar to the devotees in the GoldenTemple," Chief Information Officer Gurbachan Singh said.

"We were caught unawares...Modi saw devotees taking langar...went to the hall and started serving the langar to them," he said.

He said though almost every Prime Minister during their visit to holy city came to the shrine to pay obeisance but except Modi no premier participated in the serving of langar. 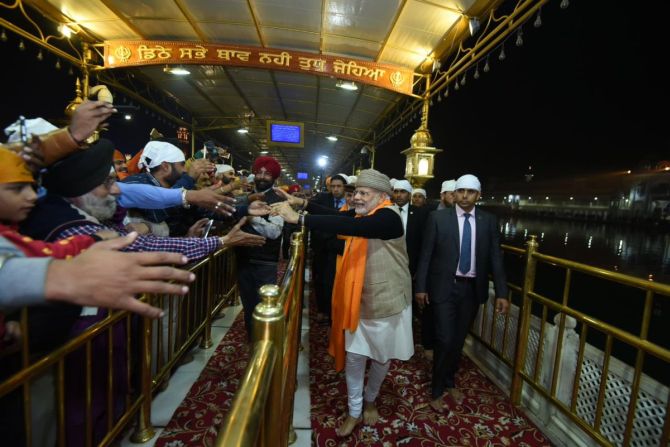 Despite heavy security and thick cordon of Shiromani Gurdwara Prabandhak Committee task force, devotees got a chance to click selfies with Modi.

The gurdwara authorities were told that Modi and Ghani might partake langar during their visit. The leaders paid obeisance at the temple wearing caps.

L K Advani had also paid obeisance at the holy shrine when he was Deputy Prime Minister of the country.