Prime Minister Narendra Modi on Friday cautioned the international community against the growing “arc of violence” and said the biggest challenge to sustainable world peace is from mindsets rooted in hate and violence, and not necessarily from conflict between the nation states. 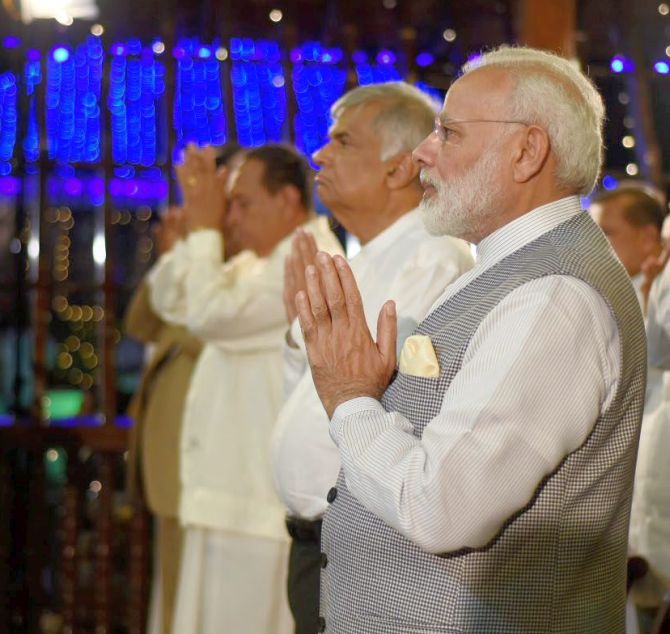 Speaking as the chief guest at the International Vesak Day celebrations in Colombo, Modi said the ideologies of hate and their proponents in the region are closed to notion of dialogue and hence only open to causing death and destruction.

“The menace of terrorism in our region is a concrete manifestation of this destructive emotion,” he said, apparently referring to Pakistan, which is accused of aiding and training terrorists who carry out attacks inside India.

“The biggest challenge to sustainable world peace today is not necessarily from conflict between the nation states,” he said, adding it was from the mindsets, thought streams, entities and instruments rooted in the idea of hate and violence. 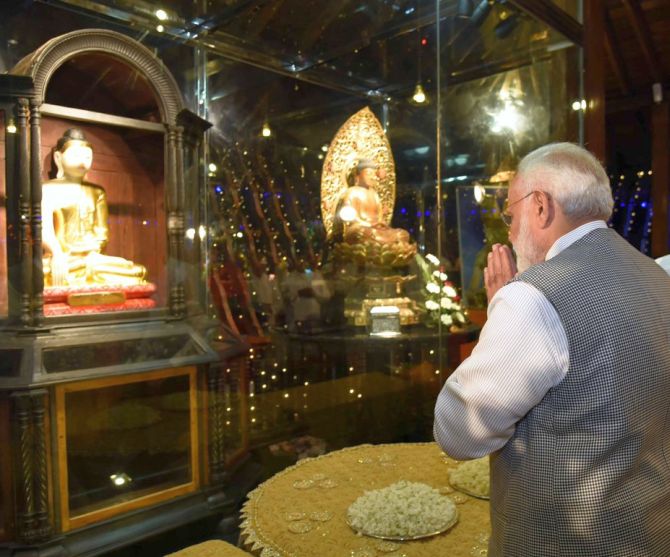 IMAGE: Modi said Lord Buddha’s message is as relevant in the 21st century as it was two and a half millennia ago. Photograph: @PMOIndia/Twitter

Modi said he believes that “Buddhism’s message of peace is the answer to growing arc of violence all over the world.”

Lord Buddha’s message is as relevant in the 21st century as it was two and a half millennia ago, Modi told the audience which included Sri Lankan President Maithripala Srisena, Prime Minister Ranil Wickremesinghe, diplomats, politicians and several Buddhist leaders from across the world.

“Our region is blessed to have given to the world the invaluable gift of Buddha and his teachings,” he said, adding that Buddhism and its various strands are deep seated in “our governance, culture and philosophy.”

The themes of social justice and sustainable world peace, chosen for the Vesak day, resonate deeply with Buddha’s teachings; they are both deeply interdependent and interconnected, Modi said.

He said the countries of south, central, south east and east Asia are proud of their Buddhist links traced to the land of Buddha. 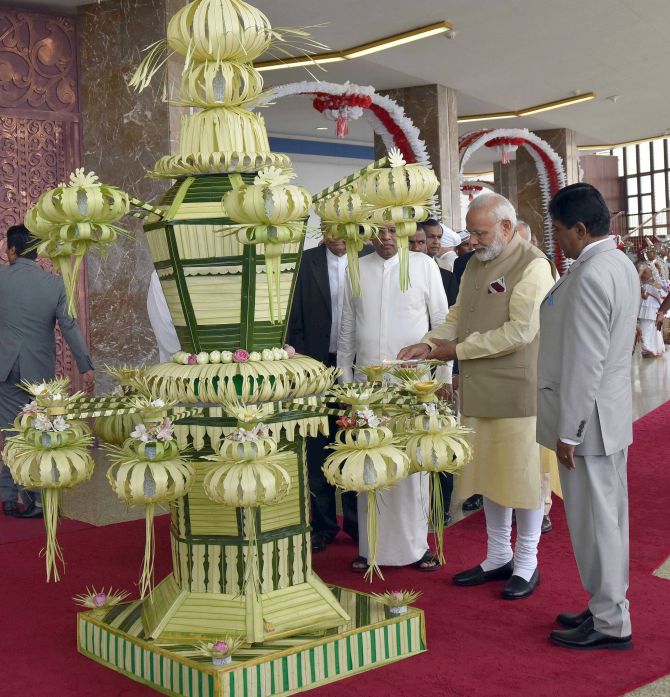 Modi said that he believes that both India and Sri Lanka are at a moment of great opportunity in its relationship.

“You will find in India a friend and partner that will support your nation-building endeavours,” he said and called on the two countries to uphold ideals of Lord Buddha and promote values of peace, inclusiveness and compassion in policies and conduct.

Modi, on his second visit to Sri Lanka in two years, was earlier received by his Sri Lankan counterpart Wickremesinghe at the venue amid traditional fanfare.

The prime minister lit a lamp -- a traditional practice -- initiating the UN ‘Vesak Day’ celebrations, which commemorates the birth, enlightenment, and death of Buddha. 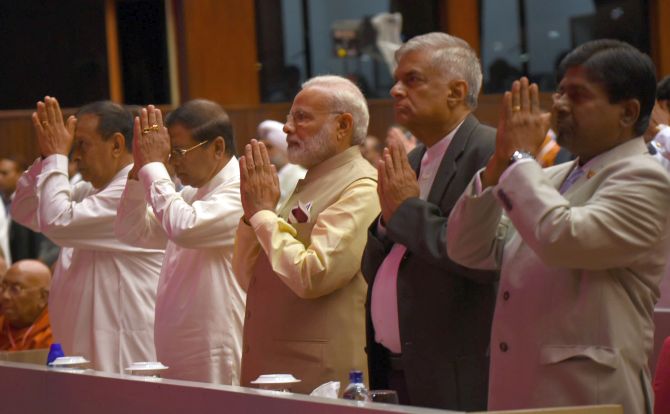 Several Buddhist monks chanted prayers during which Modi closed his eyes and kept his hands folded.

Speaking at the event, Wickremesinghe thanked Modi for being the chief guest at the event.

“Proud to host Vesak Day celebrations in Colombo. I want to thank Prime Minister Modi for being the chief guest during the celebrations,” Wickremesinghe said.

“Teachings of Buddhism are relevant in today’s world. Buddhism shows a moderate path and need to consolidate social justice,” he said.

Modi arrived in Colombo on Thursday on a two-day visit which is mainly aimed at reinforcing the traditional connect between India and Sri Lanka at a time when China is seeking to make inroads in the island nation. 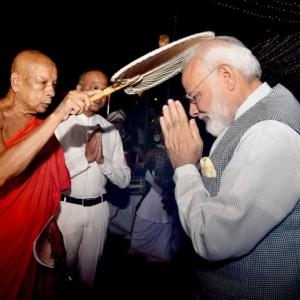 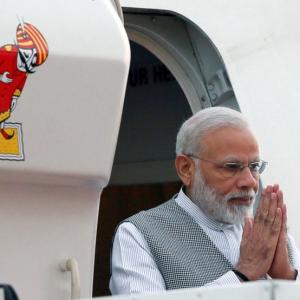