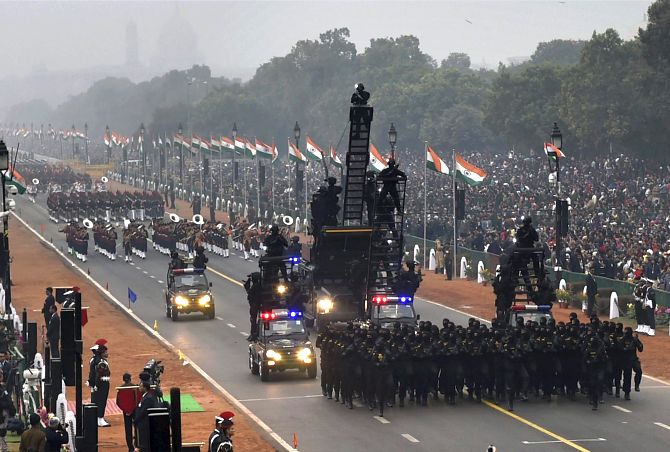 A contingent of about 140 personnel in black overalls, balaclava headgear and carrying special assault rifle MP-5 added dashing sheen to the parade.

The commandos were given a rapturous round of applause by the spectators as they marched down Rajpath singing the NSG song Hum haina haina hindustan penned by renowned poet and lyricist Javed Akhtar. 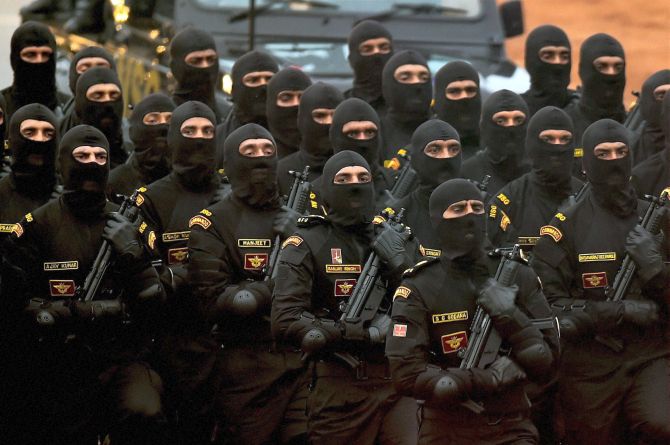 The march past by the NSG also displayed 'Sherpa' -- a specially designed hijack intervention vehicle -- and two gypsies used for anti-hijack operations.

The NSG, which selects the best of the officers and men from the Indian army as well as from various central armed police forces, was raised in 1984. 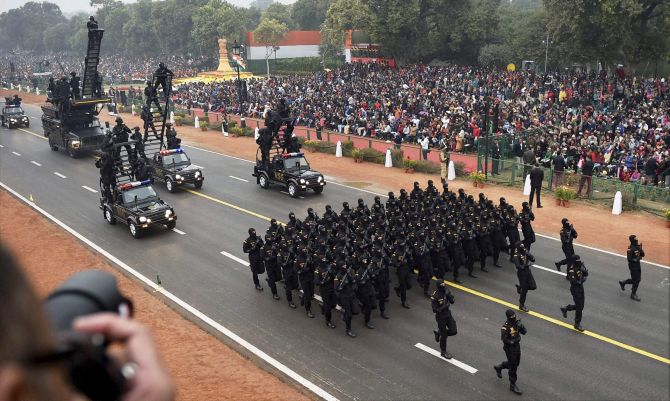 Unmatched dedication and ruthless training is the bedrock of the force which ensures that they take on counter terrorist operations across the country at short notice.

Be it any national or international event in the country, it is called upon to provide discreet security cover. The NSG is also the only counter hijack force of the country.

Specialised in hostage rescue, the force is fully trained to operate in various scenarios be it urban, jungle, land, air or water. 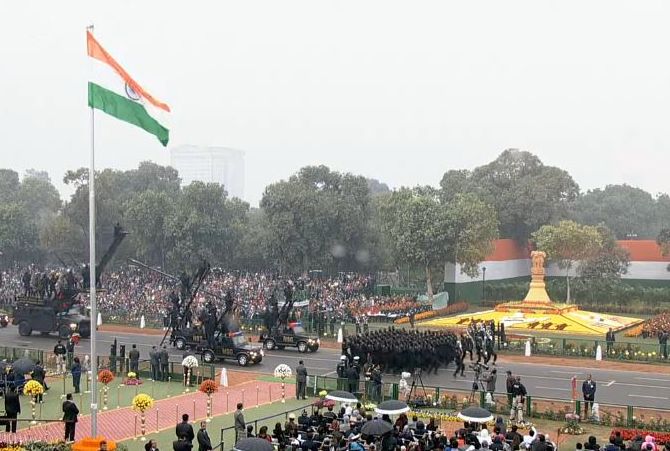 Ever since its inception, the NSG has carried out 115 anti-terror operations, including against the 26/11 Mumbai attack and the attack on Air Force Station, Pathankot. 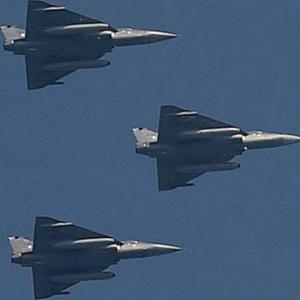 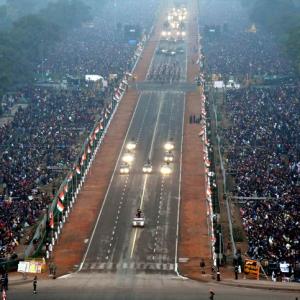