On the 70th anniversary of its founding, North Korea on Sunday staged a grand military procession, but did not showcase its intercontinental ballistic missiles, which was a regular feature in previous marches.

The massive procession saw a beeline of military vehicles and soldiers marching past North Korean leader Kim Jong-un at the Kim Il Sung Square, located in the heart of Pyongyang, amid huge cheers from the crowd.

Here are some of the images from the parade. 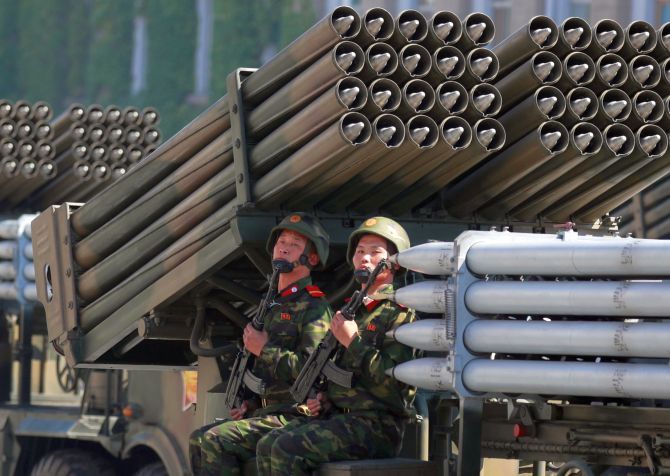 Soldiers ride a multiple rocket launcher during the military parade marking the 70th anniversary of North Korea's foundation in Pyongyang. Some experts said that North Korea decided not to showcase the advanced ballistic missiles in a bid to not annoy United States President Donald Trump. 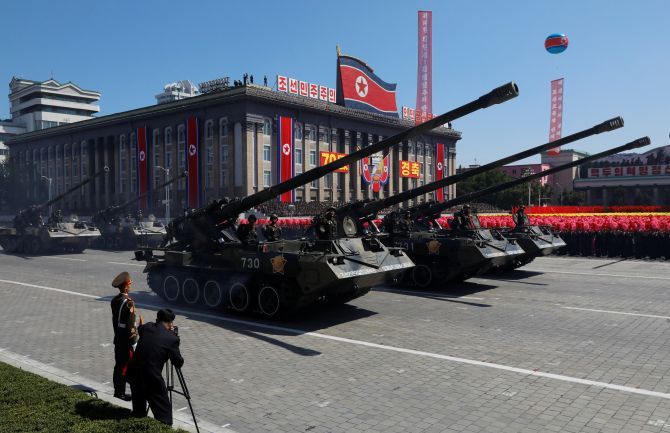 Self propelled artillery roll pass during the parade. The theme of this year's function was in line with the socio-economic development of the country. 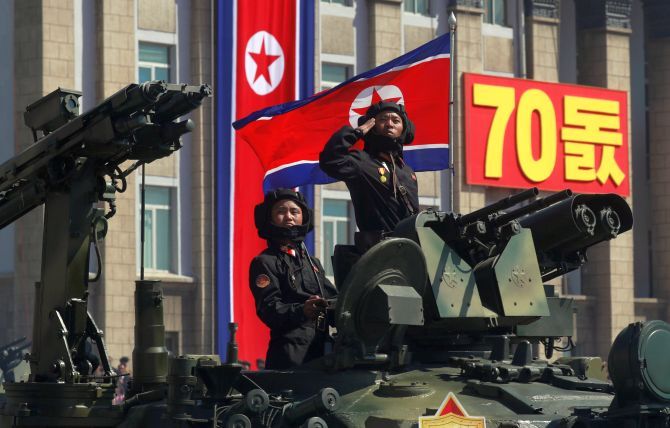 A soldier salutes as he rides a tank during the parade. 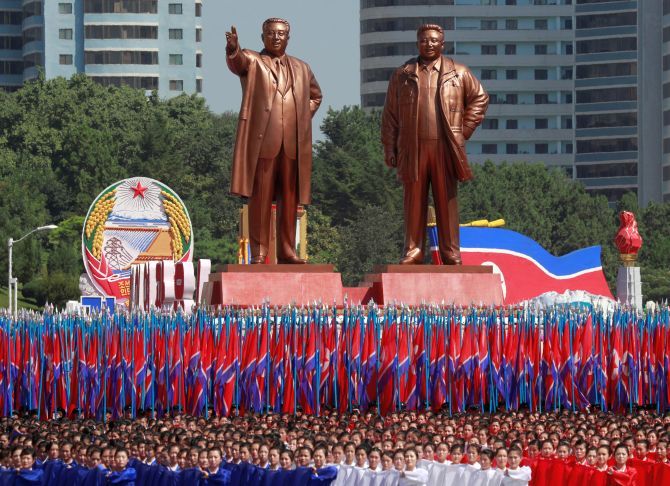 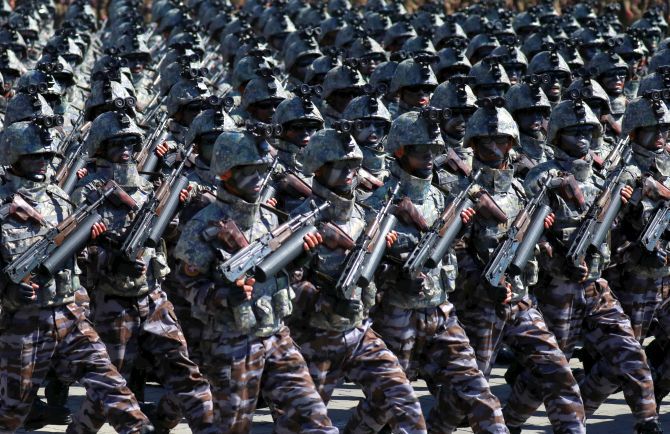 The soldiers wore uniforms from different periods of North Korea's history, from 1948 till the present day. 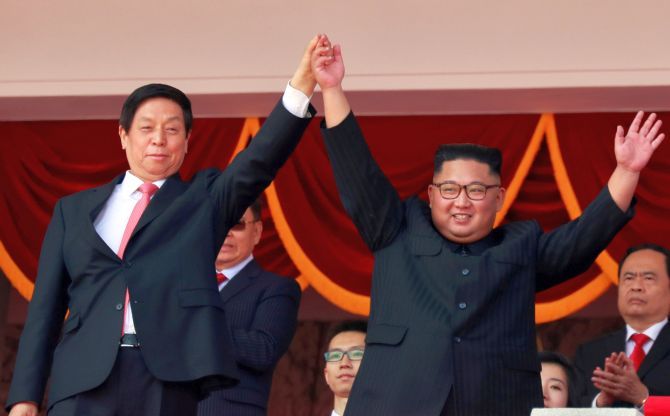 Kim oversaw the parade from a balcony in Kim Il Sung Square and was accompanied by other senior officials, including the special envoy sent by Chinese President Xi Jinping, Li Zhanshu. The two leaders raised their arms in jubilation at the end of the event. 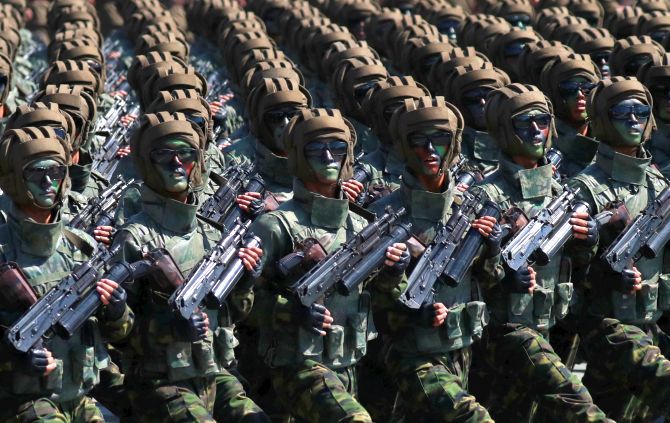 Interestingly, the North Korean leader did not address after the parade ended, with the country's ceremonial head of state, Kim Yong-nam, taking the stage instead, in what was a break from recent tradition. 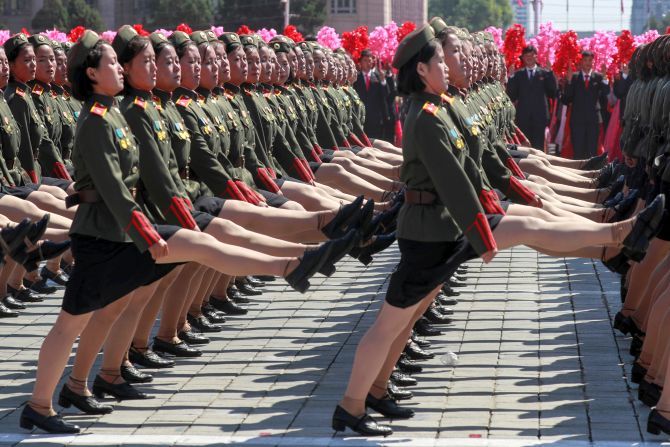 After a truncated parade featuring tanks, fewer than the usual number of missiles and lots of goose-stepping units from all branches of the military, along with some students and others, the focus switched to civilian groups, ranging from nurses to construction workers, many with colourful floats beside them. 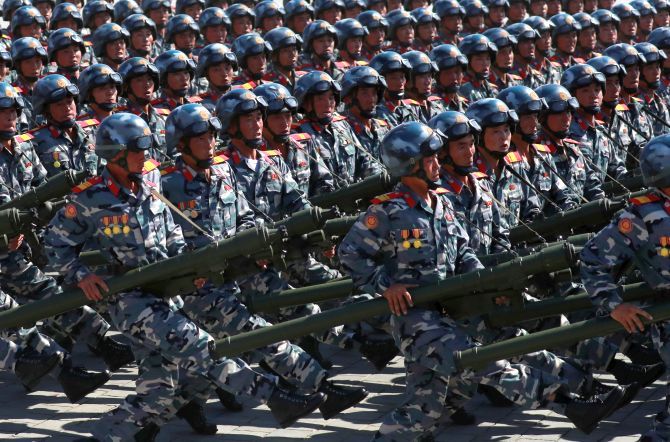 The staging of the parade also comes in the backdrop of stalled diplomatic deliberations between Pyongyang and Washington over the issue of denuclearisation. 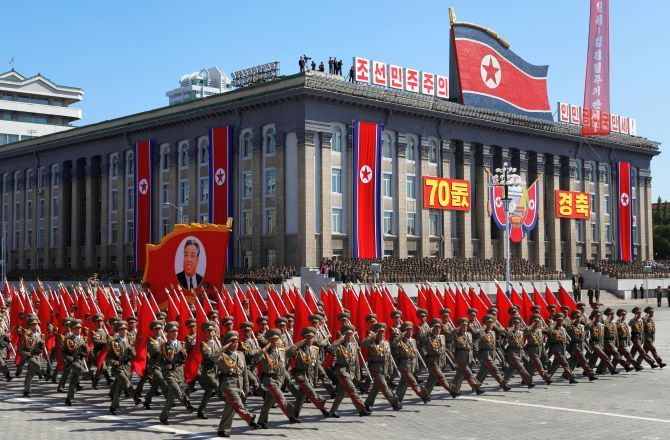 In a rare gesture to highlight its military might, the North Korean government had invited foreign journalists and tourists to see the parade, although scribes were not allowed to carry their phones or broadcast the event live, a CNN report said. 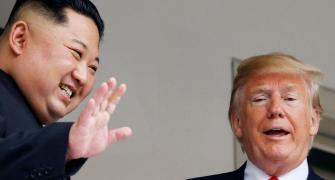 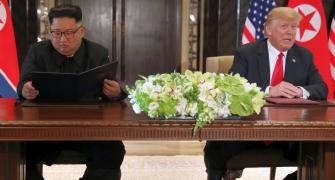 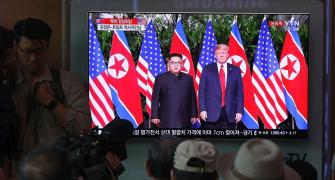 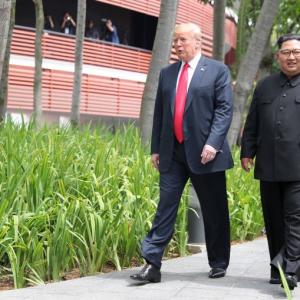 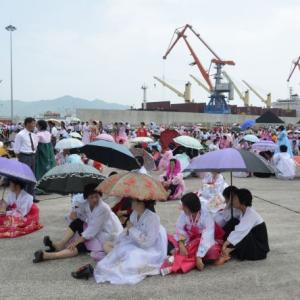