NASA spacecraft finally gets up close with Pluto

Humanity has visited Pluto for the first time, opening a new chapter in space exploration. This is the last and most detailed image sent to Earth before the spacecraft’s closest approach to Pluto. Photograph: NASA/APL/SwRI

During its closest approach, the spacecraft came to within 12,500 km of Pluto’s icy surface, travelling at 49,600 km/h.

New Horizons is thought to have spent eight minutes at its closest point to Pluto - the first time a spacecraft has visited the planet.

And to celebrate, NASA has released the latest shot of the dwarf planet, revealing its remarkable heart-shaped feature in stunning detail. 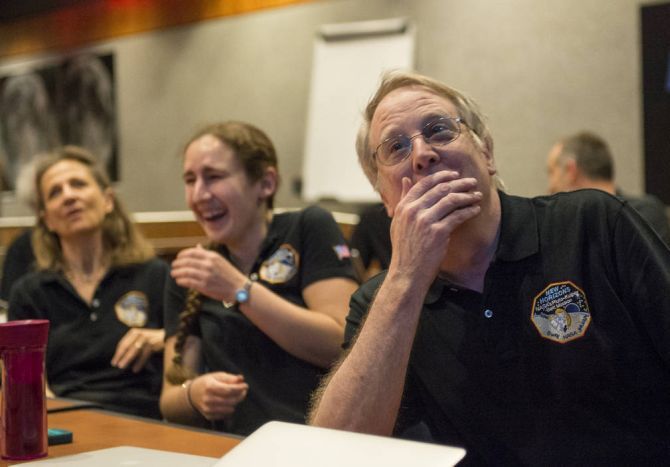 “Pluto didn’t turn out to be a relatively featureless planet with a foggy nitrogen rich atmosphere as was expected.

MUST READ: What to expect from NASA's historic flyby?

“It’s a moment of celebration,” added principal scientist Alan Stern from Johns Hopkins University’s Applied Physics Laboratory, the spacecraft's developer and manager. “It’s really historic what the US has done, and the New Horizons team is really proud to have been able to run that anchor leg and make this accomplishment.” Members of the team celebrate after the successful Pluto flyby.  Photograph: NASA/Bill Ingalls

New Horizons entered silent mode shortly before beginning its final approach to allow it to devote its power and resources to taking images.

Scientists now face a tense 13-hour wait to hear if the spacecraft has survived its encounter unscathed.

“I am feeling a little bit nervous, as you do when you send your child off,” said Alice Bowman, the mission operations manager. “But I have absolute confidence it will do what it's supposed to do.”

Just before closest approach, NASA released the most detailed image to date of Pluto yet. It shows a copper-coloured world, covered with extremely dark patches and a bright, heart-shaped region.

Craters and deep scars can be seen on the surface along with possible mountain ranges and huge icy plains.

On the eve of the flyby, NASA announced that Pluto is actually bigger than anyone imagined, thanks to measurements made by the spacecraft, a baby grand piano-size affair. It's about 50 miles bigger than estimated, for a grand total of 1,473 miles in diameter. 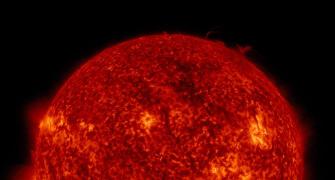 Stunning NASA video showcases the many moods of our SUN 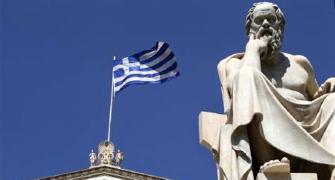 Is Greece an enigma? Or just a third-world country 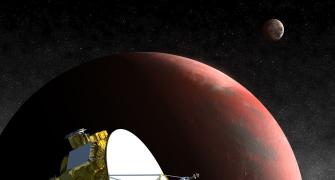 New Horizons just flew past Pluto! Here's what you need to know 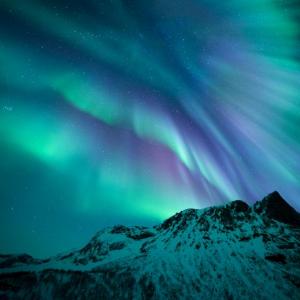