Hours after the Union cabinet decided to do away with beacon light, several Union ministers and chief ministers voluntarily removed the red beacons from their vehicles even before the notification of it came into effect.

Seeking to end VIP culture, the cabinet on Wednesday decided that beacon light will be removed from all vehicles, including that of the prime minister, from May 1.

The government has taken the decision with a view to strengthening ‘healthy democratic values’ in the country.

Beacons, however, will be allowed on vehicles concerning emergency and relief services, ambulance, fire service etc. In light of the decision, the Ministry of Road Transport and Highways will make necessary provisions in law. 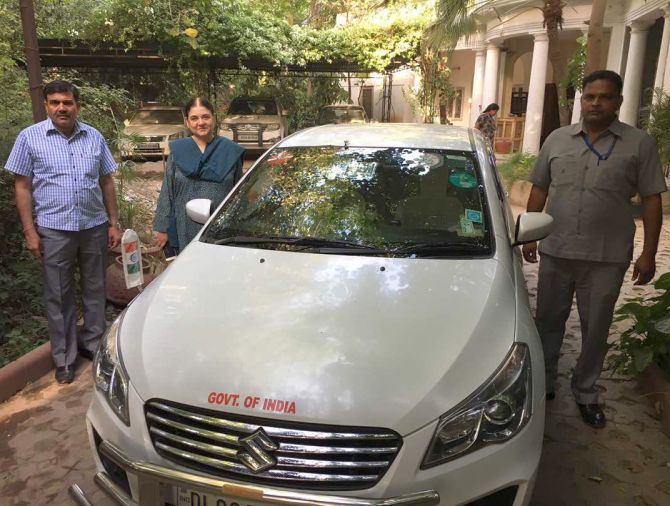 Woman and Child Development Minister Maneka Gandhi poses with her beaconless cars. She tweeted, "And with that we have proven that #EveryoneVIPinNewIndia. A welcome step by PM Shri @narendramodi ji. #RedBeacon." Photograph: Maneka Gandhi/Twitter 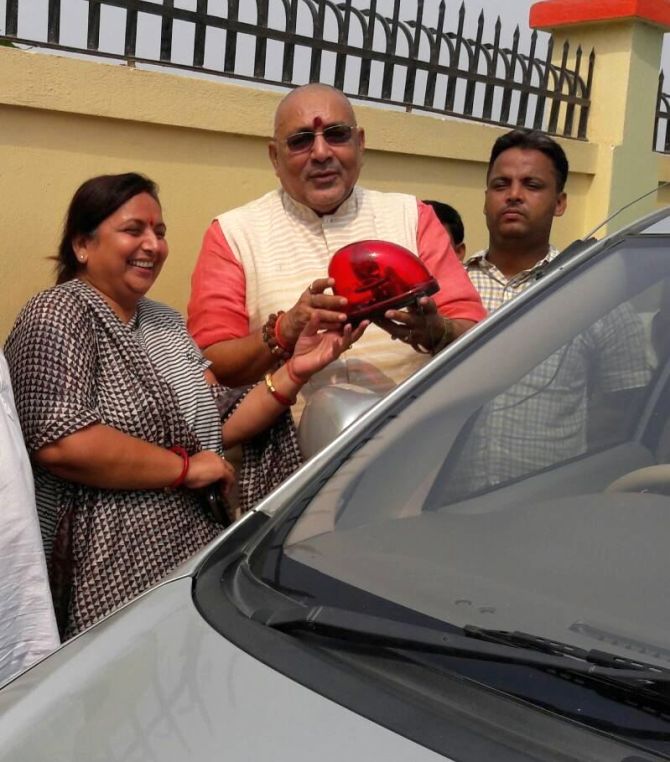 Union Minister of State for Ministry of Micro, Small and Medium Enterprises, Giriraj Singh himself removed the lal batti from his car and tweeted, "Removed Red Beacon from my car." Photograph: Giriraj Singh/Twitter 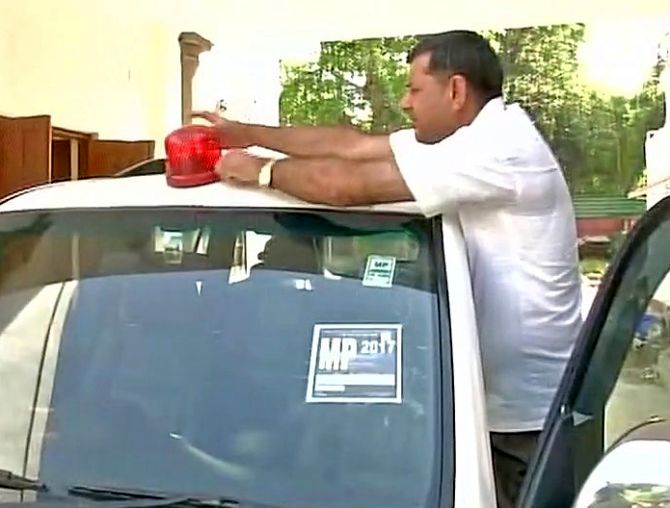 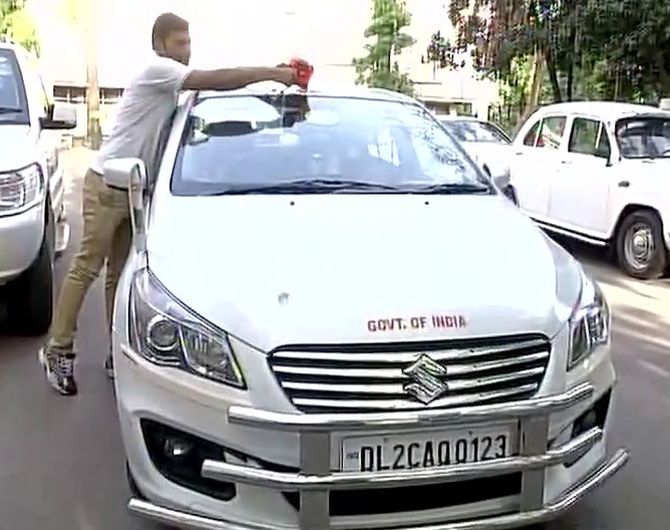 Sports Minister Vijay Goel too took the initiative and tweeted, "I welcome the decision on the removal of #RedBeacons. And why 1st May, I believe it should be done right away :)." Photograph: ANI 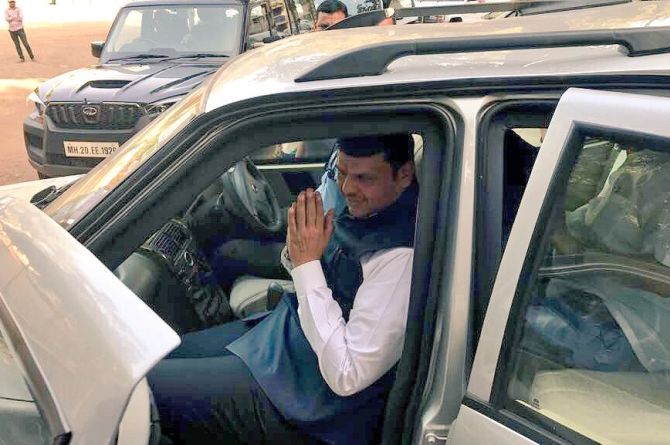 Maharashtra Chief Minister Devendra Fadnavis was one of the first chief ministers who removed his car's red beacon. "Maharashtra CM @Dev_Fadnavis removes the #RedBeacon from his car immediately as the GoI decided to take this step to end #vipculture," he tweeted. Photograph: @CMOMaharashtra/Twitter 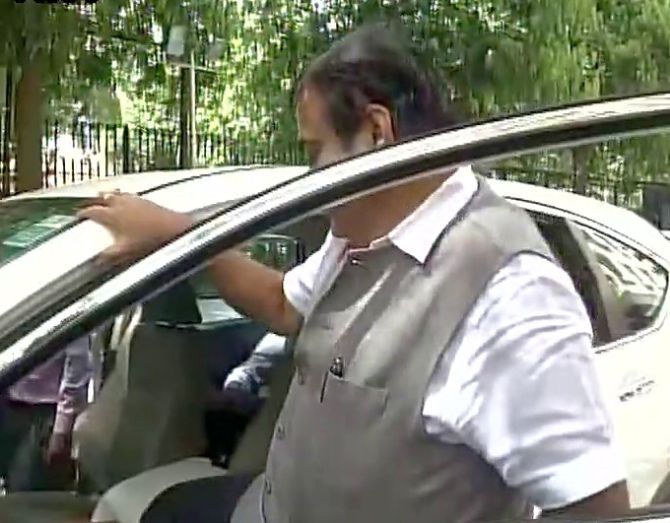