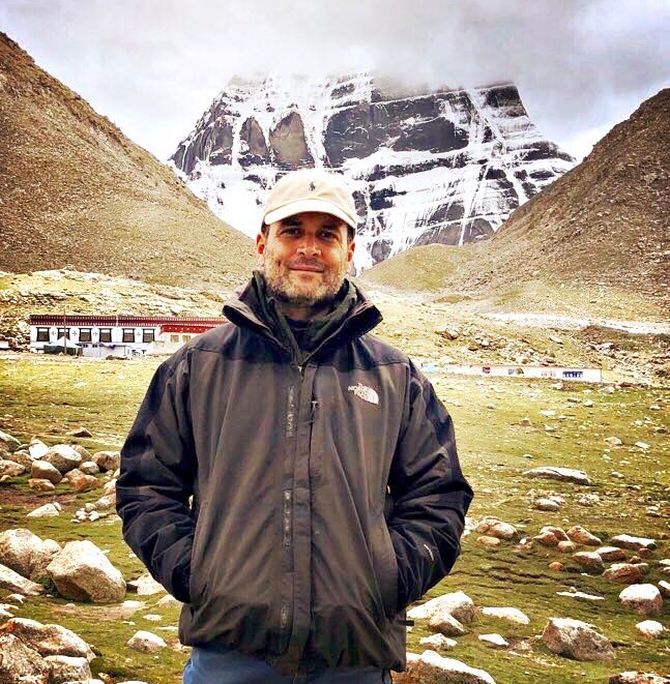 Rahul Gandhi, are you really at Mansarovar or some place else?' asked Bharatiya Janata Party's social media national in-charge, Priti Gandhi, on Twitter, voicing her doubt whether the Congress president has really gone on Kailash Mansarovar Yatra.

It's not only Priti Gandhi, but all senior leaders of the saffron party are questioning self-confessed Shiv bhakt Rahul's pilgrimage to Hinduism's holiest abode.

However, to prove that their leader is in fact at the location, the Congress on Friday posted a picture of a smiling Gandhi in front of Mount Kailash, considered the abode of Lord Shiva, on Twitter along with details of his trekking details compiled by popular fitness mobile app Fitbit.

Later, some fellow pilgrims too shared some photos of Rahul on social media.

The Congress also posed a challenge to "haters" of Rahul Gandhi whether they can "keep up" with its president, saying he has clocked over 46,000 steps while travelling more than 34 km during his Kailash Mansarovar Yatra. 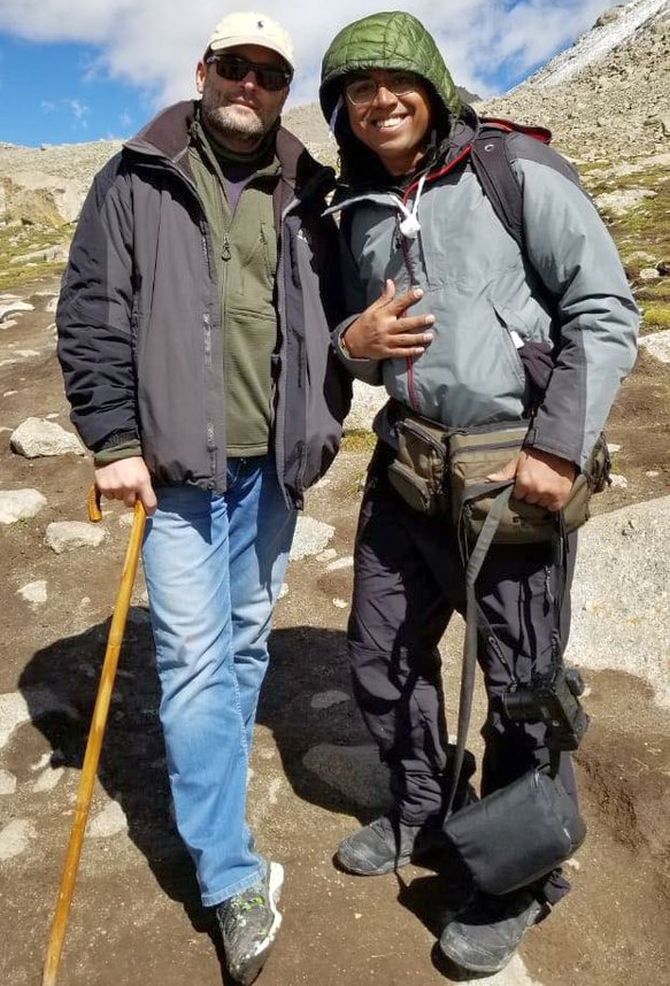 "Leaving all the haters behind, Congress President Rahul Gandhi sets the pace during his Kailash Yatra. Can you keep up?" the Congress said on its official Twitter handle.

The Congress chief also tweeted a video of the hills on his official Twitter handle and said, "Shiva is the Universe". 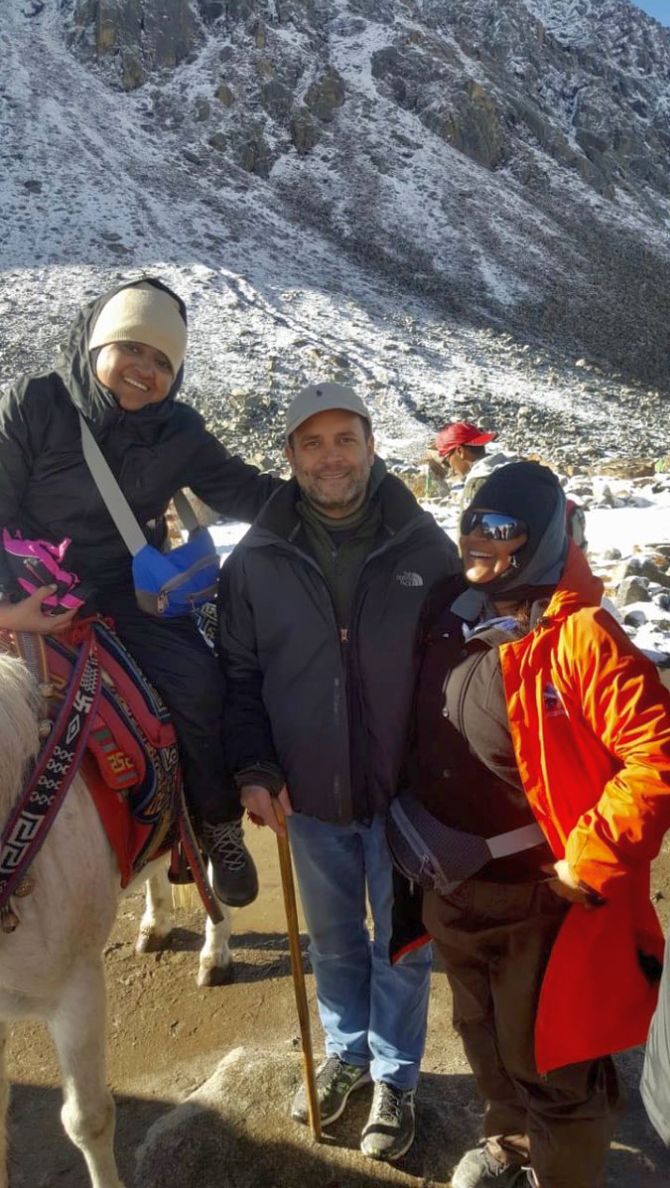 On Thursday as well, Gandhi had posted a picture of Mount Kailash, saying, "It is so humbling to be walking in the shadow of this giant."

He had earlier put out pictures of the "tranquil and calm" waters of the lake and said there "is no hatred here".

"The waters of lake Mansarovar are so gentle, tranquil and calm. They give everything and lose nothing. Anyone can drink from them. There is no hatred here. This is why we worship these waters in India," he had said on Twitter.

However, some BJP ministers were not satisfied with the photos and questioned whether he was posting photo-shopped pictures picked up from Google.

In fact, Union minister Giriraj Singh has accused Rahul of posting fake pictures. 'This is photoshopped... There is no shadow of the cane,' he tweeted to one of Rahul's photographs. 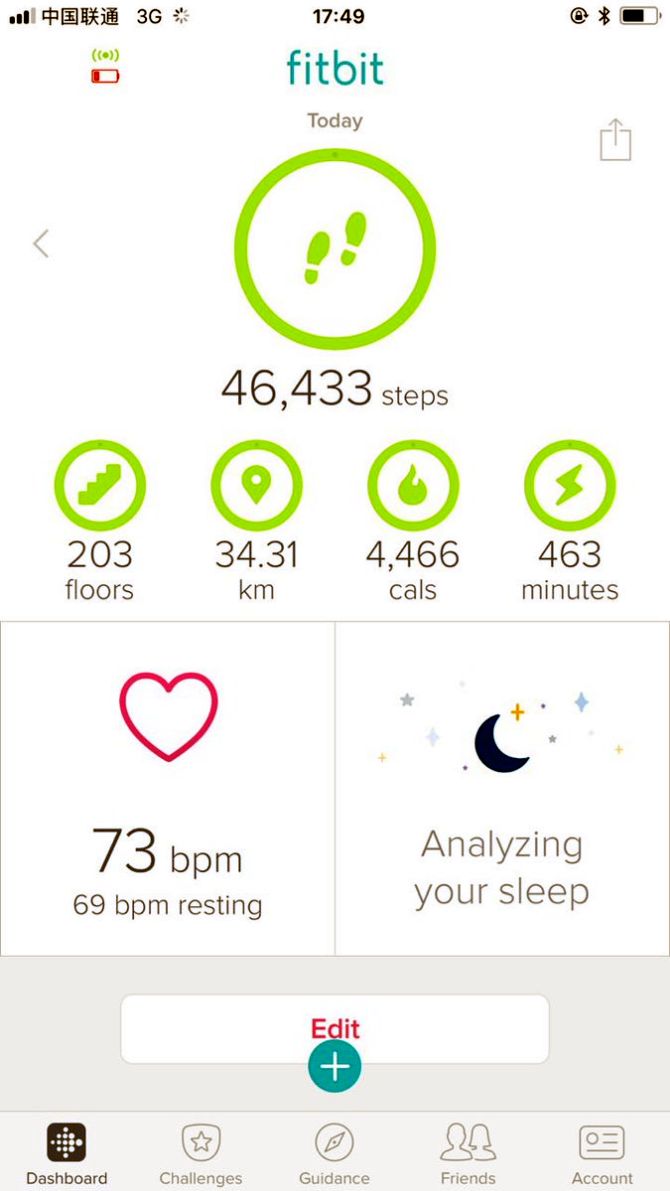 The 48-year-old Congress leader is undertaking the Kailash Mansarovar Yatra following a wish he expressed in April when his plane plunged hundreds of feet during the Karnataka election campaign.

On April 26, the plane carrying Gandhi and some others from Delhi to Hubballi airport in Karnataka developed a technical problem and tilted heavily on the left side. The plane dipped steeply and shuddered violently, but soon recovered and landed safely.

Three days later, on April 29, Gandhi announced during a rally that he wanted to undertake the pilgrimage. 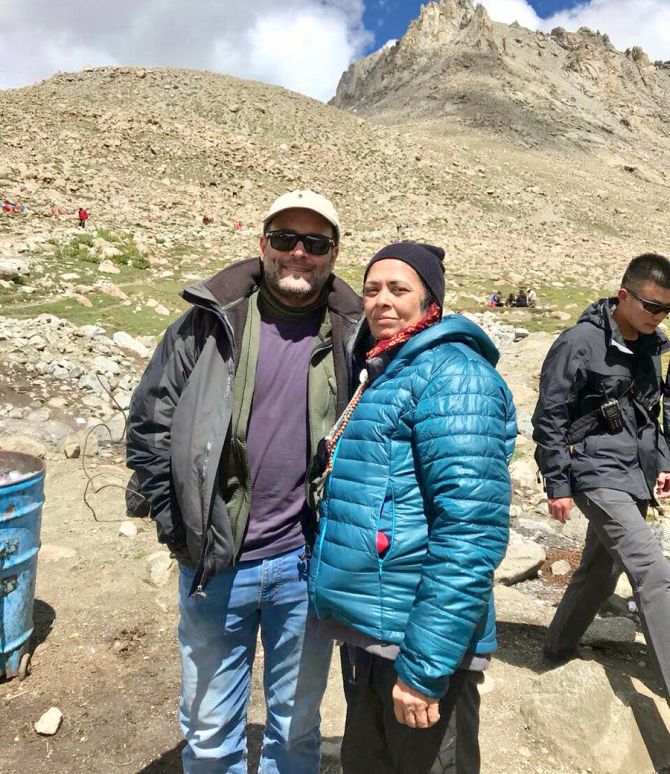 The arduous pilgrimage to Mount Kailash, in the Tibetan Himalayas, is organised every year between June and September.

Gandhi left the national capital on August 31 for the yatra.

He is expected to be back by the end of this week.

Earlier, the BJP also questioned questioned Gandhi's choice of route via Nepal, and alleged that he was visiting China and the government needs to know who he was meeting there. 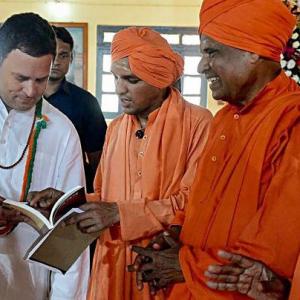 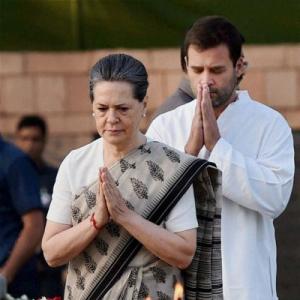