Jawaharlal Nehru University students on Wednesday continued to protest against the hostel fee hike demanding a meeting with university Vice-Chancellor M Jagadesh Kumar to discuss the matter even as the varsity decided to shift the venue of its Executive Council meeting. 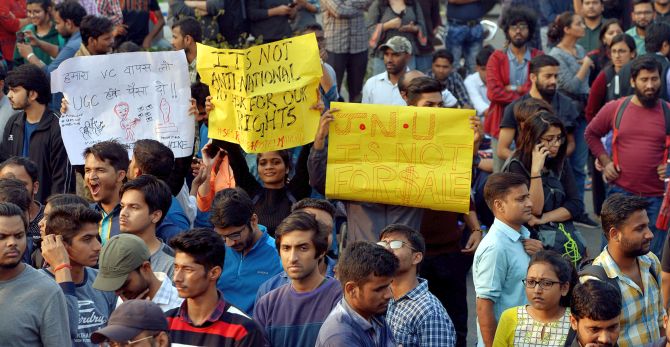 The EC is the supreme decision making body of the varsity which also has representation from the JNU Teachers Association.

The JNUTA members were not informed about the shift in the venue, the protesters alleged.

"We have a range of issues apart from the hostel manual like promotion of teachers, so that our views can be raised. Last three-four years, even the Academic Council meetings have been postponed or shifted. We condemn it and the VC should not handle the university like this.

"The meeting was supposed to be held at the convention centre inside the campus but when three EC members, professor Sachidanand Sinha, Moushumi Basu and Baviskar Sharad Prahlad reached the venue, there was no meeting there," DK Lobiyal, JNUTA president said. 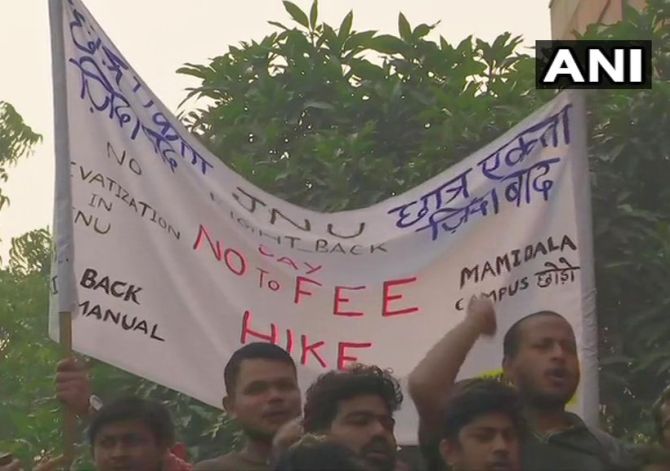 On Monday, the students had gheraoed the AICTE building, the venue for varsity's convocation, during which Union Human Resources Development Minister Ramesh Pokhriyal was stuck for over six hours.

"That day police used tear gas and lathicharge on us. Why were people protesting that day even after getting degrees. Our protest will continue till the Vice Chancellor meets us," JNUSU President Aishe Ghosh said. 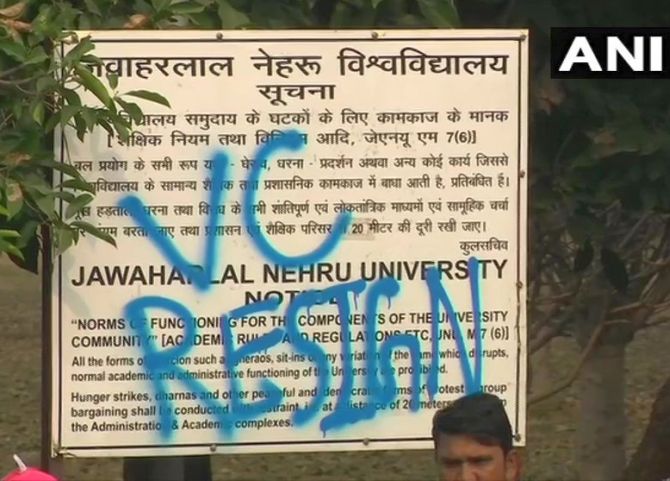 The students who had gathered outside convention centre, the earlier venue for EC meeting, later moved outside the administration block which houses the VC's office besides other senior varsity officials.

The protesters were shouting slogans against the Vice Chancellor and varsity administration.

The students' union has been on a strike against the draft hostel manual, approved by the Inter-Hall administration, which it claims has provisions for hostel fee hike, dress code and 'curfew' timings. 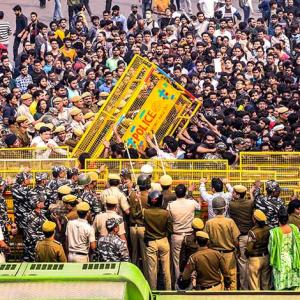