14 people killed in fire at kerosene distribution centre in MP

At least 14 people were charred to death in a major fire that broke out during sale of of kerosene oil and various food grains at a fair price shop in a village near Madhya Pradesh's Chhindwara district, senior officials said. 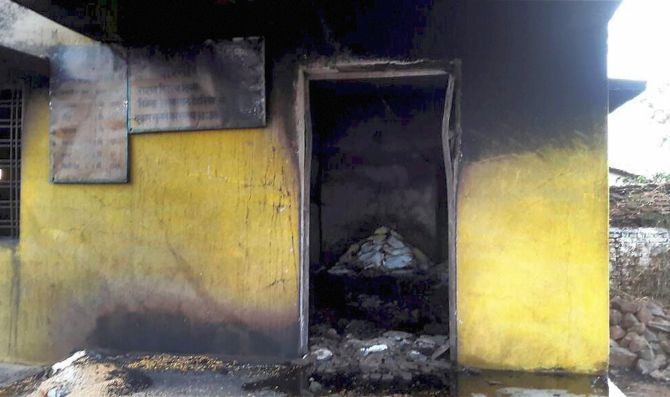 The blaze started in a cooperative society building, which housed the shop, in Bargi village under Harrai tehsil and engulfed the entire single-storey structure, Chhindwara Superintendent of Police Gaurav Tiwari said.

At least three dozens people were inside the building and many others standing in a queue outside at the time of the incident, he said.

"So far, 14 bodies, three of them of women, have been recovered from the building," the SP said adding three persons were injured.

The tragedy took place when villagers were buying ration during the Friday weekly market. The fire reached the kerosene drums stored in the shop for distribution and quickly spread to all directions, eyewitnesses said.

Soon after getting information, the police and district administration officials rushed to the spot along with fire tenders and brought the blaze under control, the SP said. 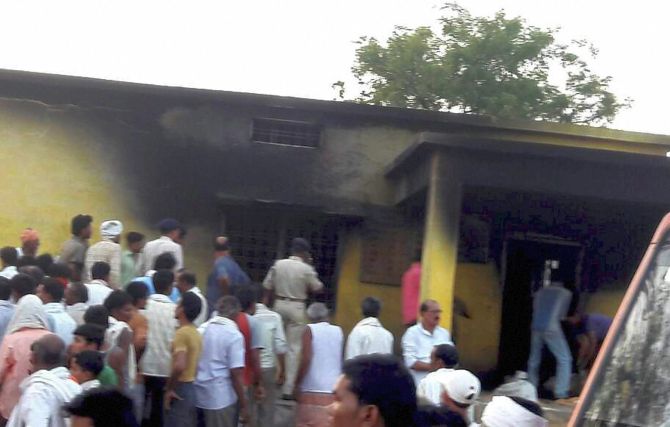 He said the cause of the fire was not yet known.

Madhya Pradesh Chief Minister Shivraj Singh Chouhan expressed grief over the loss of lives in the mishap and announced an ex gratia of Rs 4 lakh each to the kin of those killed and Rs 50,000 each to the injured.

Chhindwara Collector J K Jain also confirmed the death of 14 people in the tragedy and said a magisterial probe has been ordered.

Among the injured, two were referred to the neighbouring Narsinghpur district hospital, while the third one was undergoing treatment at a hospital in Harrai tehsil, he said.

The government also sanctioned Rs 10,000 each for conducting the last rites of the deceased, the collector said. 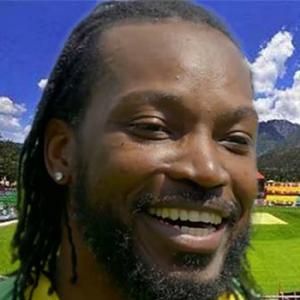