Roads in the national capital were packed in with cars waiting in bumper-to-bumper traffic.

Almost all of the roads were choked with traffic, with large groups of pilgrims of Lord Shiva known as Kanwariyas adding to commuter woes. 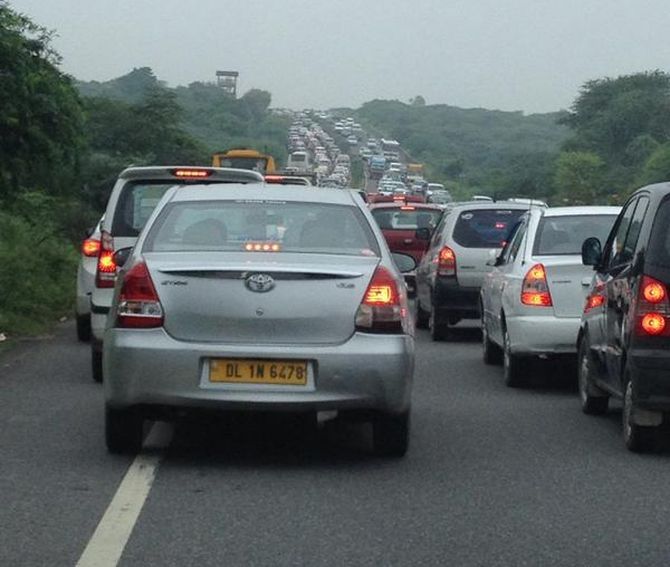 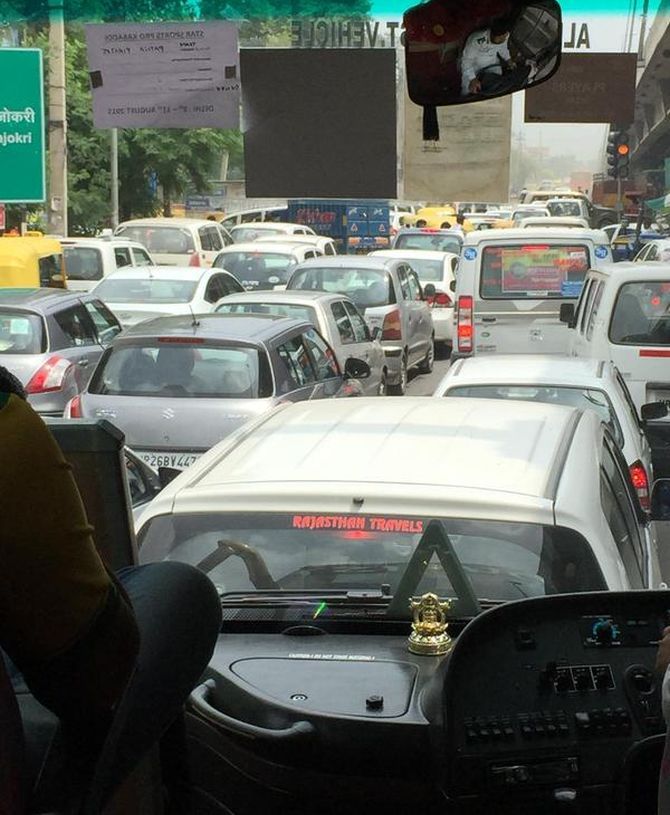 Enjoy the view: A commuter clicks an image of a traffic jam from inside a bus. On Wednesday, all one could see were cars lined up in ugly snarls on almost of the capital’s roads. Photograph: @Cric_PJS/Twitter Hit the brakes! On Mathura Road, the situation was no better! And the worst, there’s no way out. Photograph: @amanabbas2020/Twitter Brought to a stop: The city came to a standstill with a traffic jam like no other. According to a recent study, Delhi records the highest traffic congestion in India. Photograph: @richakochhar/Twitter Please note: The images used have been taken from Twitter. Rediff.com does not vouch for their authenticity. 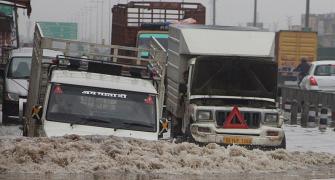 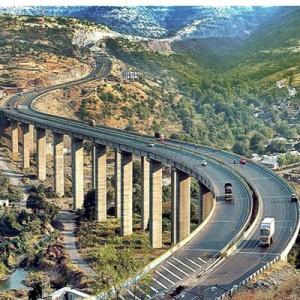 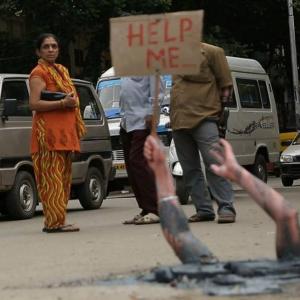