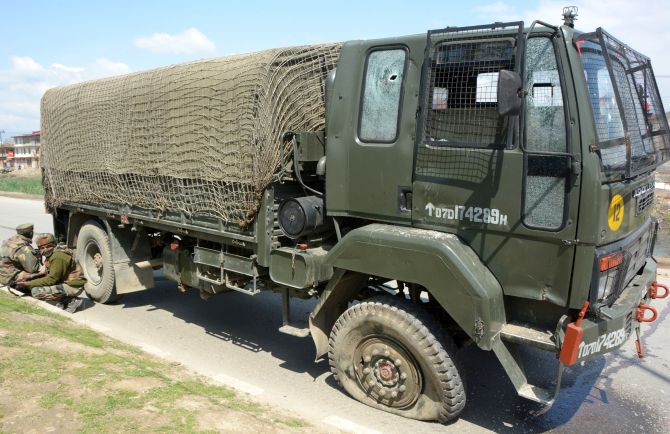 At least two soldiers were injured in a terrorist attack on an army convoy near a hospital on Parimpora-Panthachowk bypass road in Srinagar on Saturday, police said.

A police official said some miscreants started pelting stones at the police and the paramilitary Central Reserve Police Force personnel soon after the attack, triggering clashes. 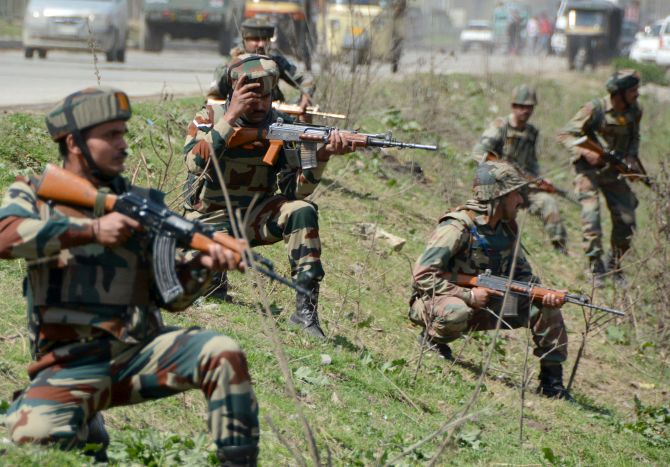 IMAGE: Soldiers take position as they retaliate to firing.

He said the terrorist opened fire on the convoy near SKIMS Hospital Bemina at around 1.15 pm.

Two soldiers on board the last vehicle of the convoy were injured in the attack. The convoy was on its way from Parimpora to Panthachowk when the attack took place. 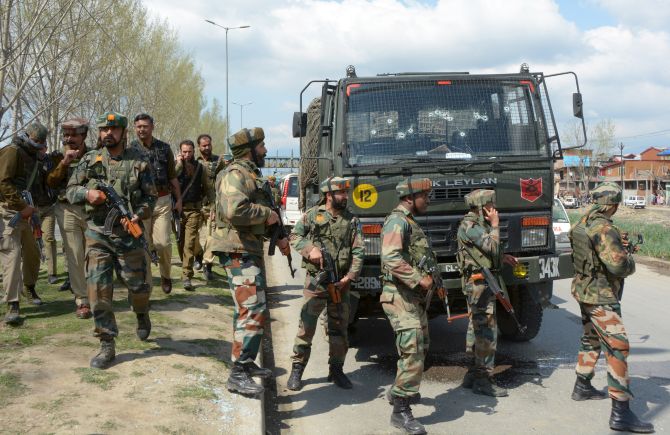 IMAGE: Soldiers cordoned off the area after the attack.

The troops retaliated, forcing the terrorist to flee from the spot, the official said.

He said the area has been cordoned off and combing operations started to track down the terrorist.

Efforts were on to restore order in the area. 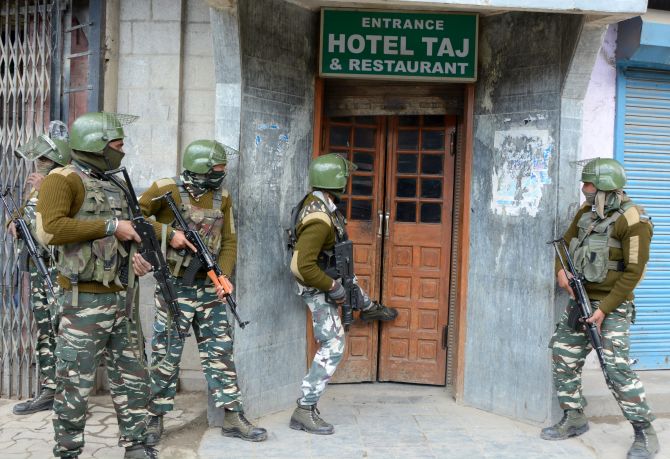 IMAGE: Security personnel conduct a combing operation.
Source: PTI© Copyright 2020 PTI. All rights reserved. Republication or redistribution of PTI content, including by framing or similar means, is expressly prohibited without the prior written consent.
SHARE THIS STORY
Print this article 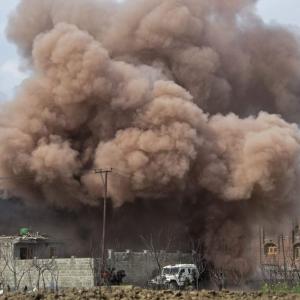