The army and the navy on Wednesday came to the rescue of hundreds of people severely hit by heavy rains in Chennai that have left several parts of the city submerged.

Even as the state is being lashed with torrential rainfall, with weather department officials describing it as the worst rainfall in 100 years, army and naval troops have already answered the calls for help and rushed in to save stranded people.

Here is a look of some of the heroes. Besides rushing in with rescue teams, the armed forces have also launched UAVs to get an assessment of the situation. Photograph: Twitter 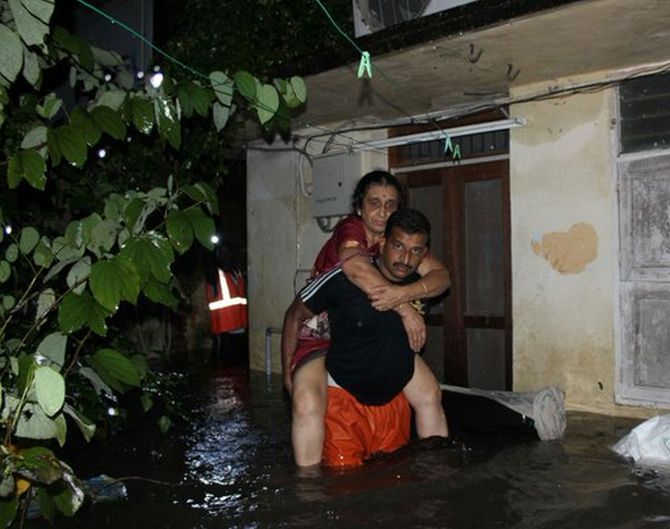 On being requisitioned by the state government, two columns of army's flood rescue and relief teams comprising troops from the Garrison Infantry Battalion and Engineer elements were activated and have begun their operations in Tambaram, Mudichur, Manipakam, Guduvancheri and Urapakkam areas of Chennai since Tuesday evening. Photograph: Indian Navy. 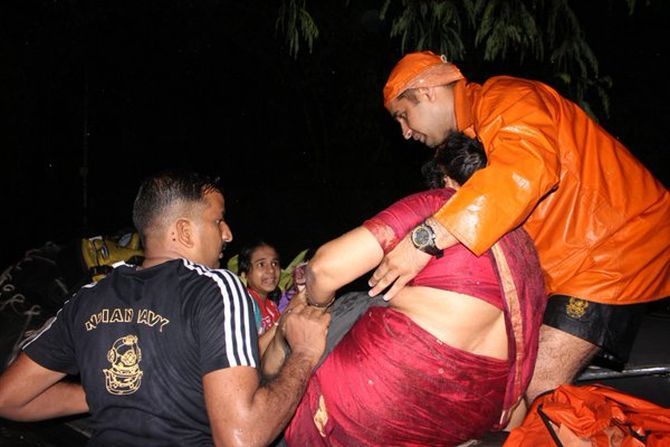 At about 11 pm on Tuesday, an army column was able to rescue about 15 trapped civilians in a bus affected by flood waters. The rescue teams have till 11 am on Wednesday succeeded in rescuing and bringing over 50 marooned civilians to safety in Gudvancheri and Mudichur.

A third army rescue column was put into service on Wednesday morning. Another column is being rushed in from Bengaluru by road, an army statement said. Photograph: Indian Navy 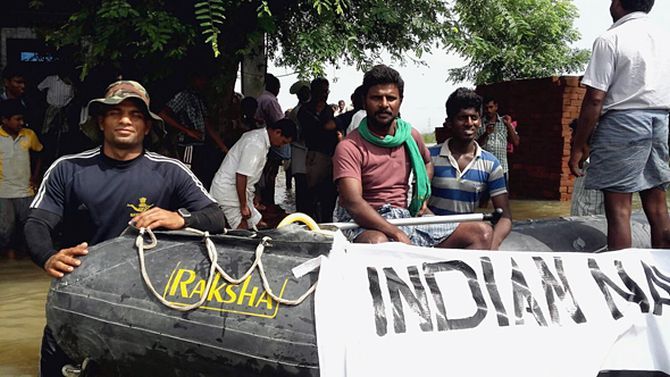 Additional army resources are being mobilised for providing assistance to the flood-affected areas. Meanwhile, the navy too has chipped in with three teams. 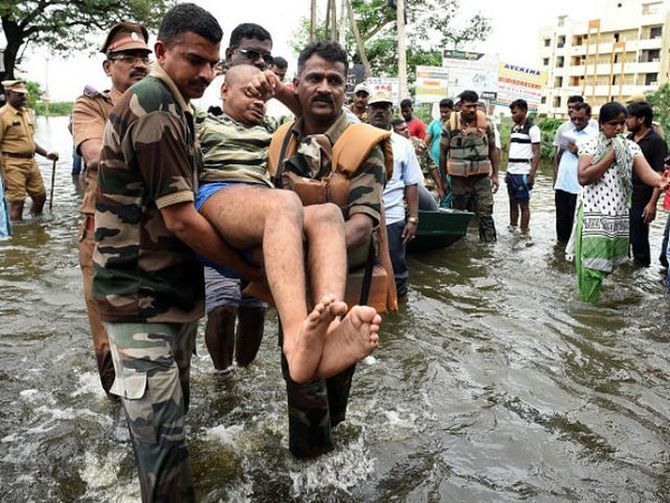 The team was directed to report to the tourism secretary designated as the monitoring officer, navy sources said. Photograph: Twitter 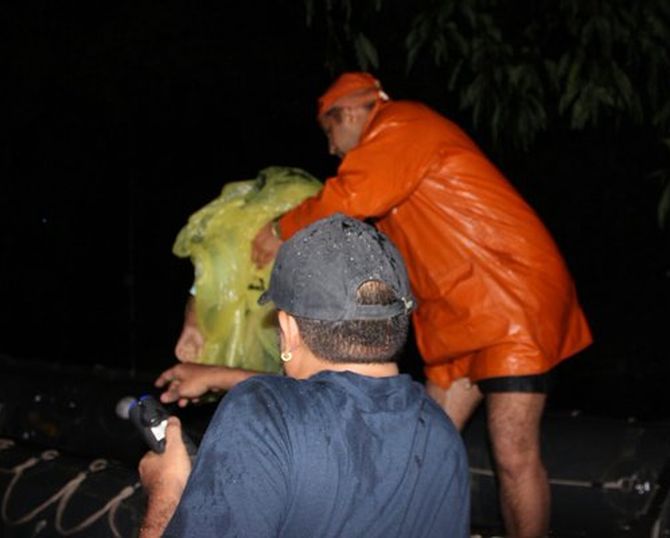 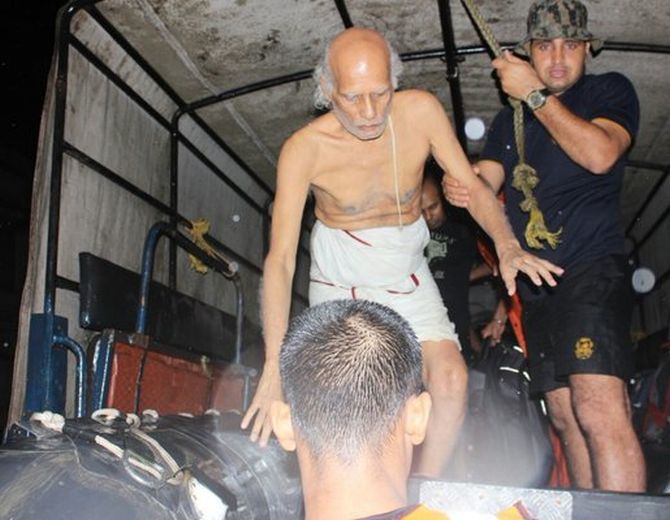 Additional boats were being deployed to the RDO Office, Tambaram for use by Rajali flood relief team. INS Chetlat on Palkbay patrol responded to a distress call to rescue a missing fishing vessel on Tuesday evening and it was detected in the night with total loss of propulsion and power generation.

The fishing vessel was towed to Rameswaram and arrived at the jetty on Wednesday early morning. Photograph: @SpokespersonMoD/Twitter 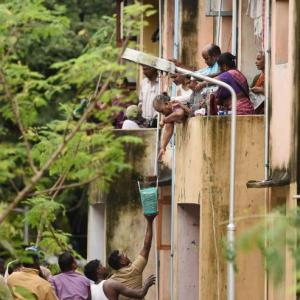