Rising above electoral bitterness, Samajwadi Party chief Akhilesh and his father Mulayam attended the swearing in ceremony of Yogi Adityanath on Sunday. 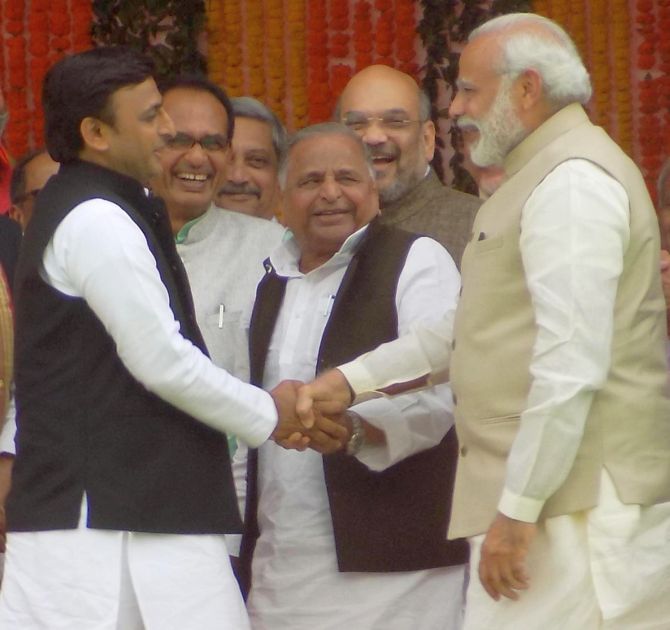 After the nearly 90-minute event at Kanshiram Smriti Upvan, the father-son duo moved towards Prime Minister Narendra Modi and were seen exchanging pleasantries.

Reflecting warmth, Modi shook hands with Akhilesh and patted him on his shoulder. He also held the hands of Mulayam, who was seen whispering something to Modi.

And the PM was all ears.

In his rallies, Modi had ridiculed the opposition alliance of SP and Congress, saying they together stood for ‘SCAM’ (Samajwadi, Congress and Mayawati). 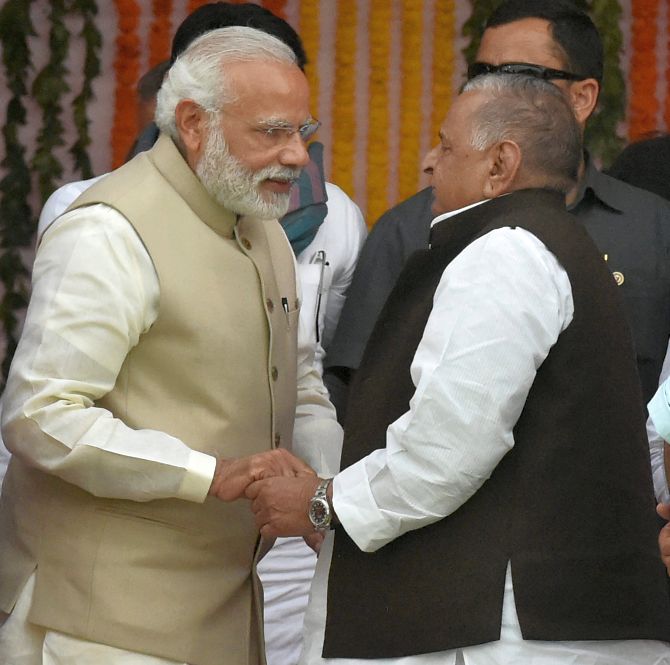 Not to be outdone, Akhilesh came out with his own take on SCAM, saying it stood for ‘Save Country from Amit (Shah) and Modi’.

His remark asking megastar Amitabh Bachchan not to endorse “donkeys of Gujarat” also left the Bharatiya Janata Party fuming, with Modi hitting back at the chief minister.

Bahujan Samaj Party supremo Mayawati, however, was not present at the venue.

Before taking oath as Minister of State (Independent charge), Swatantra Dev Singh forgot to greet Governor Ram Naik while proceeding towards the dais, but soon returned to say ‘namastey’ when the slip was pointed out to him. 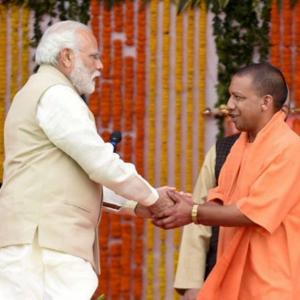 Yogi Adityanath sworn in as chief minister of UP 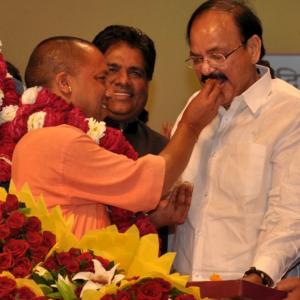