The St Sebastian's Church in the western coastal town of Negombo bore the brunt of a series of powerful blasts across Sri Lanka on Easter Sunday, with a top priest saying pieces of flesh were thrown all over the walls and on the sanctuary and even outside of the church. 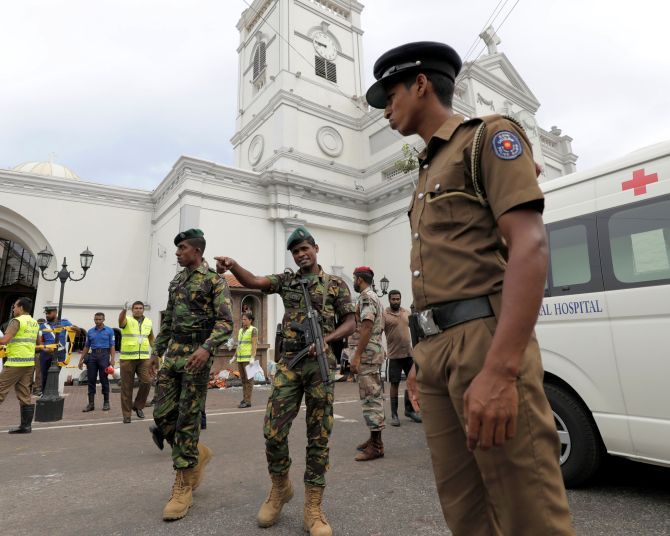 Over 160 people were killed when six near simultaneous and coordinated explosions rocked three churches and three luxury hotels frequented by tourists in Sri Lanka on Easter Sunday, officials said.

Sri Lankan media reports that the Negombo Hospital has reported at least 74 deaths and received 113 injured people from the Sebastian's Church.

Father Edmond Tillekeratne, social communications director for the Archdiocese of Colombo, said that the blast took place after Easter Mass, and that there were about 30 bodies lying in the area of the church.

He said three priests had been celebrating the mass at the time of the blast. Two of them were badly injured by flying glass and debris, and one was only lightly injured because he was behind the altar.

He estimated that more than a thousand people had come to the church for Easter Sunday "because it is a special day." Many came from villages, he said.

He described the ground as covered in rubble and shattered glass.

"You can see pieces of flesh thrown all over the walls and on the sanctuary and even outside of the church," he told CNN.

The church, built in 1946, is one of the many churches in Sri Lanka dedicated to St Sebastian who is considered a martyr in the Catholic Church history.

The Archbishop of Colombo has demanded that those responsible for the Easter Sunday blasts in Sri Lanka to be punished "mercilessly."

Cardinal Malcolm Ranjith, in a strong statement, urged the government to launch a "very impartial strong inquiry" and to punish those found responsible "mercilessly because only animals can behave like that."

All Easter masses in the Colombo District have been cancelled, the Cardinal announced.

The Shangri-La Hotel in Colombo, which was the site of one of the explosions, released a statement, saying it was one of the several locations in Colombo which were affected by this morning's attacks.

"We are deeply saddened and shocked by the incident and our thoughts and prayers are with the families of the casualties and those who have been affected.

"We are working closely with local authorities and emergency services to provide our fullest assistance and support to the affected staff and guests.

"Our immediate priority is to look after the safety and wellbeing of all involved. A Shangri-La crisis management team has been activated to provide all necessary support.

"As this is an active investigation, we are unable to comment further at this stage. We will provide an update once more information is available." 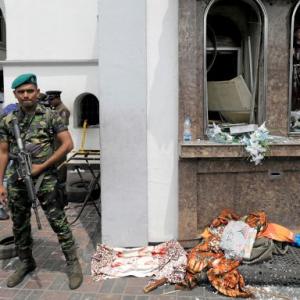