The rally came after Jeb Bush’s most forceful debate performance of the campaign, when he pushed back on Donald Trump for attacking his brother’s national security record. 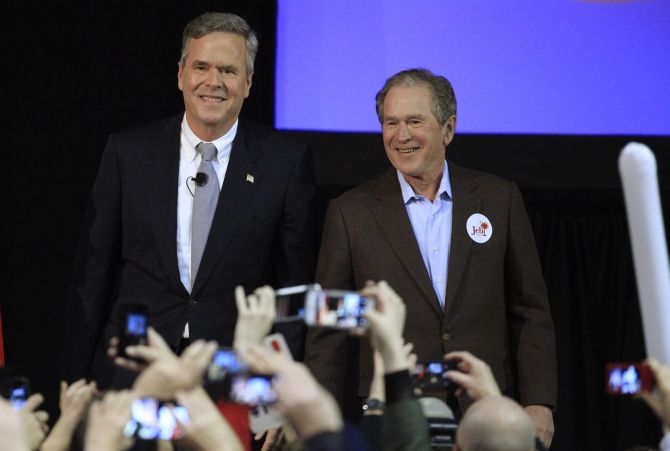 Republican US presidential candidate Jeb Bush (left) is joined by his brother former President George W Bush on the campaign trail for the first time in the 2016 campaign at a rally in North Charleston, South Carolina. Photograph: Randall Hill/Reuters

He privately met Haley prior to his appearance in Columbia, South Carolina.

He praised the nation's first Indian-American woman to become governor. Haley's endorsement is highly coveted -- especially by the campaigns of Jeb, a former governor of Florida. 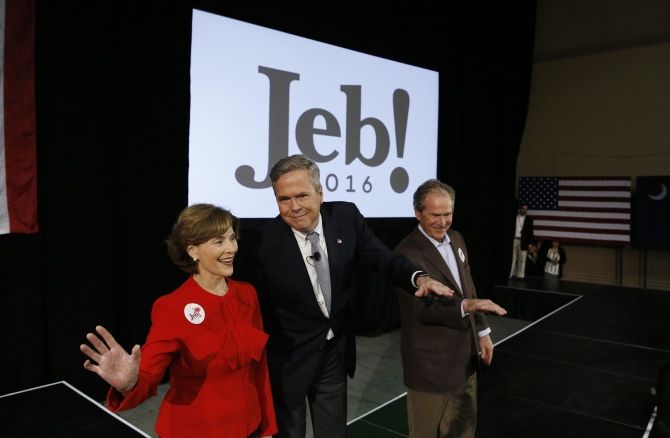 Republican US presidential candidate Jeb Bush waves to the crowd with former first lady Laura Bush and his brother former President George W Bush as they join him on the campaign trail. Photograph: Jonathan Ernst/Reuters

"Thank goodness our country welcomed her parents from India when they immigrated here in 1969," Bush said of Haley, who is yet to endorse a candidate for primary vote.

In his speech, Bush --the 43rd president of the United States –- took a dig at Trump.

"We need to nominate someone who can win in November, all the talk doesn't matter if we can't win. We need someone who can take a positive message across the entire country," said the elder Bush who is now 69. 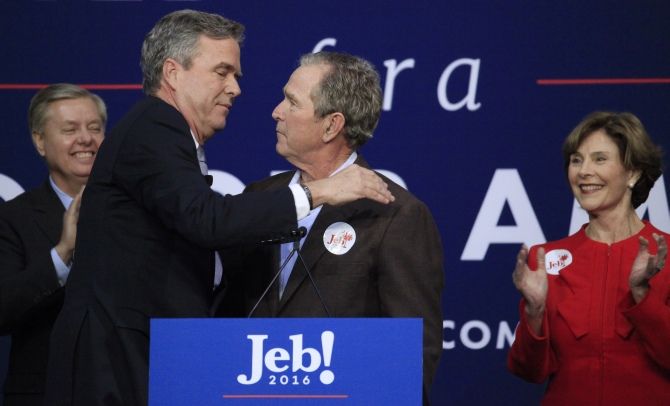 "These are tough times and I know that Americans are angry, but we do not need someone in the Oval Office who mirrors and inflames our anger and our frustrations," Bush said making his first major political appearance after the end of his two terms on January 20, 2009.

"Strength is not empty rhetoric. It is not bluster. It is not theatrics. Real strength comes from integrity and character. And in my experience, the strongest person isn’t usually the loudest person in the room," Bush said urging South Carolinians to vote for his brother. 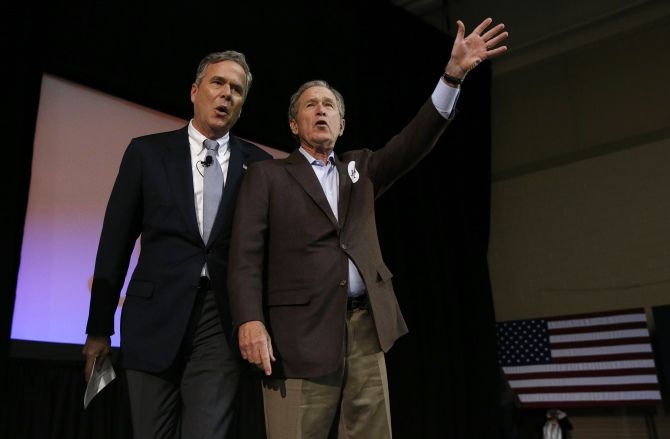 Republican US presidential candidate Jeb Bush  talks to his brother former US President George W Bush as they appear together. Photograph: Jonathan Ernst/Reuters

Jeb, who is said to be the first choice for the Republican establishment, is running behind Trump, and Senators Ted Cruz and Marco Rubio.

To continue to be in the contention for the Republican presidential nominee, he needs to perform better in the South Carolina primary on February 20. 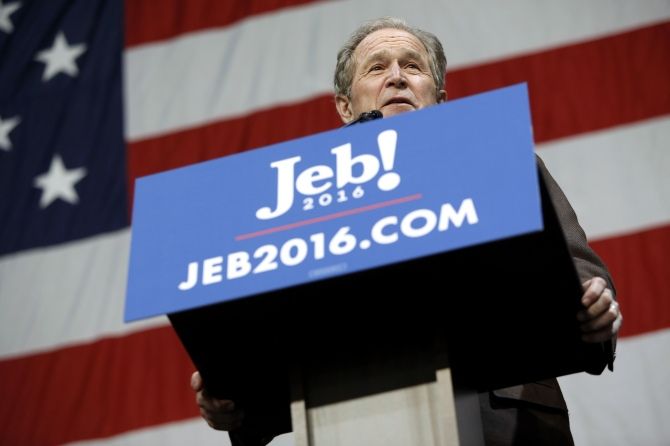 Please read: Exclusive! The JEB BUSH interview: 'We don't have to be the world's policeman' 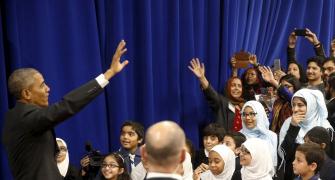 We are one American family: Obama in US mosque 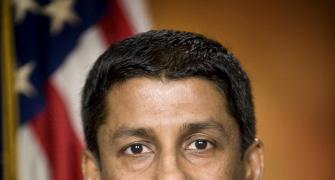 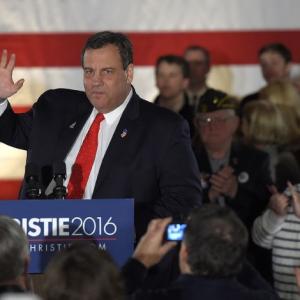 Two Republican nominees drop out of US presidential race 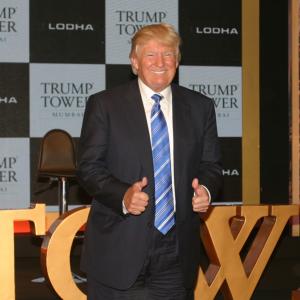