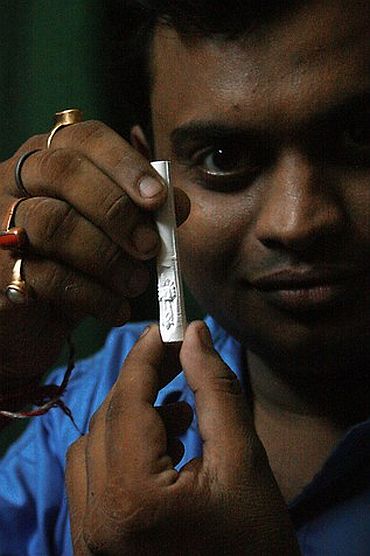 Amidst glitz and glamour surrounding the larger than life Durga images worshipped all over Kolkata, a young artist from a small town of Assam has come down to the city to exhibit the world's smallest Durga idol.

Measuring merely one inch, the idol is carved by Sujit Das, hailing from Nagaon district of Assam, with the help of needles on a chalk pencil.

His creation has been already recognised as the "World's Smallest Durga Idol" by as many as 10 national and international record book organisations.

Keeping the buzz around the Durga Puja festivities in mind, he is now taking his piece of art to various puja pandals in the city for display.

"I find a lot of curiosity and interest among art lovers about this project. People are appreciating my work here and I have decided to come back to the city again next year," Das said.

The 32-year-old artist, who started painting and carving at the tender age of five, said the idea came to him when he heard that an idol 3.5 inch tall was considered the smallest one in India.

"Since Goddess Durga is worshipped by many people in this part of the world, so I decided to carve her image," Das said.

It takes him only 30 minutes to finish his engraving on chalk sticks.

To spread his unique art among youngsters, Das runs Jyoti Art School where he teaches more than 500 students at Nagaon.

Apart from the famed Durga idol, the artist has made images of eminent personalties like Bhupen Hazarika, Mother Teresa and Barack Obama.

Honoured with many awards, his works also have been displayed in many international fine arts exhibitions.

He had also successfully painted the portraits of Mahatma Gandhi and Sahid Bhagat Singh using the brush on canvas. 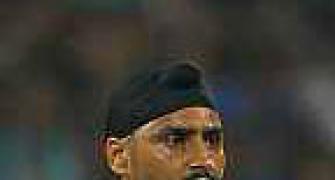 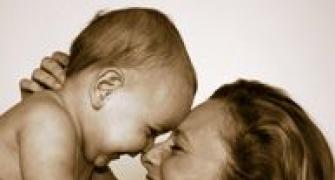 Mothers in UK and US sell breast milk on Facebook! 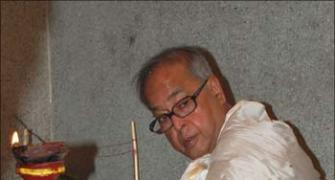 EXCLUSIVE! How the Prez is celebrating Durga Puja

'It was an honour to direct Nandita Das'

Pak: Students stay away from school run by Malala's father