News
Business
Movies
Sports
Cricket
Get Ahead
Money Tips
Shopping
Sign in  |  Create a Rediffmail account
Rediff.com  » News » Perils of being a Sikh in an Islamophobic US

Sikhs have been mistaken for terrorists and radicals and continue to suffer after 9/11 terror attacks in the US, community members feel following the latest attack on an elderly Sikh man in California which is being probed by police as a hate crime. 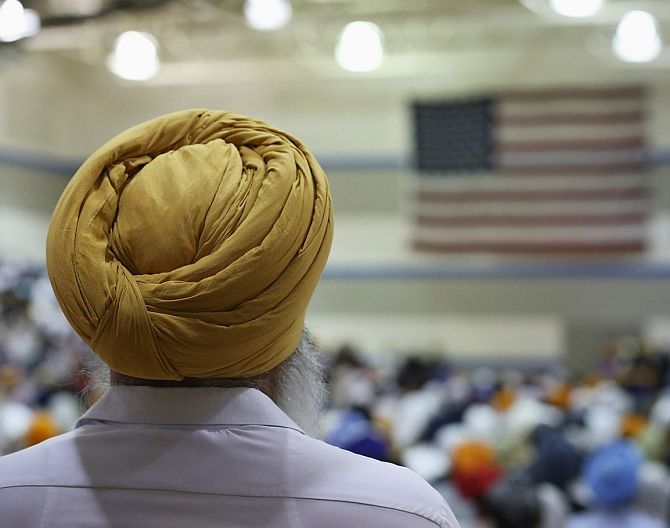 "This is the latest episode of what Sikhs have been enduring when they are very peace-loving and hard-working citizens of this great country and not members of Al Qaeda or ISIS or any other radical group," member of the Sikh Council of Central California Ike Iqbal Grewal said.

"Sikhs have been mistaken for terrorists and radicals and continue to suffer after 9/11," he said.

In the latest attack on Sikhs, Amrik Singh Bal, 68, of Fresno area in California, was assaulted by two white males in their 20s before dawn on Saturday morning while he was waiting for a ride to work.

He also suffered a broken collar bone in the attack.

Sikhs are frequently conflated with Muslims and often wind up absorbing the backlash against Islam.

"There's nothing new about Sikhs being the targets of violence and intimidation in the United States: Followers of the monotheistic faith, which originated in South Asia in the 15th century, have been on the receiving end of xenophobic intolerance since they began arriving in the Pacific Northwest to fill logging jobs in the early 20th century," according to Simran Jeet Singh, a senior religion fellow at the Sikh Coalition, a non--profit advocacy group.

That intimidation intensified in the months after the September 11, 2001, terrorist attacks, when a wave of anti-Islamic sentiment washed over the country, leading some to confuse the long beards and turbans worn by many Sikh men as a representation of Islam.

Others viewed it simply as an opportunity to attack individuals they perceived as being "un-American", Washington Post said.

According to the Sikh Coalition, there were more than 300 cases of violence and discrimination against US Sikhs in the first month after the 2001 attacks.

"Over the last few weeks, the level of intimidation is worse than it was after September 11th," Harsimran Kaur, the Sikh Coalition’s legal director, told The Post.

"It's not just a case of mistaken identity. It's beyond that."

Although estimates vary because of a lack of census data, the coalition believes 500,000 to 750,000 Sikhs live in the United States, with about half of that population residing in California.

They are also highly misunderstood by a majority of Americans, according to a 2013 report called “Turban Myths” published by the Sikh American Legal Defense and Education Fund and Stanford University.

According to the report's findings, half of the American public associates the turban with Islam and believes that Sikhism is a sect of the religion.

An even larger chunk of the public -- 70 per cent -- remains unable to identify a Sikh when looking at a picture of one.

Singh told The Post that portraying hate crimes against US Sikhs as mere cases of mistaken identity is problematic. Not only is an attacker’s motivation often hard to discern, he said, but such categorizations have a way of legitimizing the perceived original intent and diminishing the brutality of the crime.

The Sikh Coalition's Kaur said the backlash against people who are perceived as being non-American has been exacerbated by anti-Islamic statements made by Republican presidential candidates such as Ben Carson and Donald Trump.

Carson has said that the United States should not elect a Muslim president, citing concerns about "different loyalties". Trump has called for a "complete" ban on Muslims entering the US. 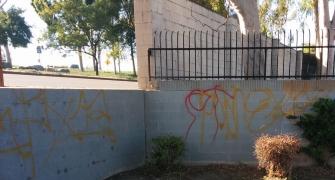 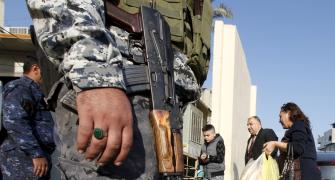 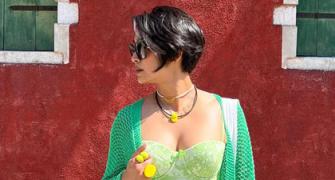 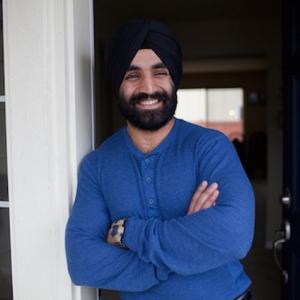 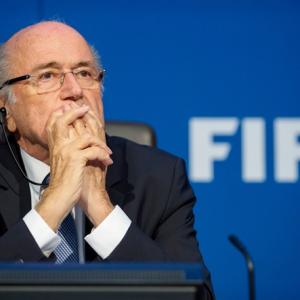