Unearthing a major fake visa racket, security personnel on Tuesday detained 27 people at the Indira Gandhi International Airport in New Delhi when they were trying to board two Dubai-bound flights allegedly with forged travel documents.

The detentions by the CISF came this evening after Kingfisher and Jet Airways call centres received calls from an anonymous person that these people were to board two flights to Dubai with fake visas.

The caller also gave PNR numbers of their flight tickets, sources said. All those detained were from the lower strata of the society who claimed that they had paid around Rs 60,000 to agents to get visas for Dubai where they were to get jobs, sources said.

Some of the detainees are of Bangladeshi origin while the others are from north India, the sources said. "We have detained 27 people with fake visas at the airport," Udayan Banerjee, CISF Deputy Inspector General, told PTI.

The Jet Airways call centre in Delhi received the call at around 2 pm in which the caller claimed that 15 people were planning to fly to Dubai today with fake visas and they might "hijack" the flight, sources said.

The call was made from Dubai. The Kingfisher call centre in Pune received the call in which the caller claimed that 12 passengers with fake visas will be flying to Dubai.

The caller also claimed that the immigration officials were hand-in-glove with the racket and they will allow them to fly, sources said. Soon after the calls were received, three teams of CISF personnel were deployed in the international terminal to catch them and airline staff were briefed and provided with the PNR numbers of the suspect travellers.

"They were allowed to enter the airport and as soon as they approached the staff at the airline counters and produced their tickets, they were apprehended," a senior security official said.

The official said the security personnel at the gates were also briefed about their PNR numbers.

They identified the suspects and signalled to personnel who were inside the airport. Both Jet and Kingfisher have handed over the recordings of the telephone calls they received to the security agencies.

The detained people were being jointly interrogated by the personnel of Intelligence Bureau, CISF and Delhi Police. When contacted, Deputy Commissioner of Police (IGI) O P Mishra told PTI that they were verifying the case. 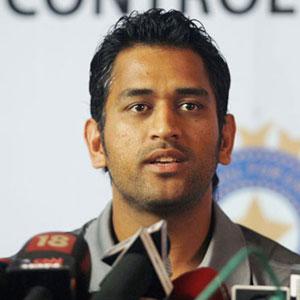