At least 20 passengers from the United Kingdom tested positive for COVID-19 on Tuesday as the government issued a stringent set of standard operating procedure mandating RT-PCR tests at airports for each traveller from the country and isolation in a separate unit of an institutional facility for positive cases in view of the new coronavirus strain. There is no need to panic but there is cause to be more vigilant, said NITI Aayog member (Health) Dr V K Paul.

"We are yet to spot such a virus in our country… We will be safe if we suppress the genomic sequence," Paul said at a press conference while stressing that the mutated SARS-CoV-2 strain detected in the UK has no impact on the potential of emerging vaccines.

Ahead of the December 23-31 suspension of flights to and from the UK that comes into effect at 11.59 pm on Tuesday as India joins about 40 others in sealing off the country, passengers were under close watch and hundreds were tested at various airports.

The process took many hours, resulting in scenes of chaos and confusion at several airports, including Delhi, Mumbai and Kolkata.

Of the 20 that tested positive, six were on a flight that landed in Delhi at 11.30 pm on Monday, two on a flight that came into Kolkata on Sunday night, four that arrived in Ahmedabad on Tuesday and eight, including a crew member, in Amritsar who also reached today. All were direct Air India flights from London.

According to the government's standard operating procedures (SOPs) for passengers from the UK issued on Tuesday, those testing positive will be isolated in a separate unit of an institutional facility.

"Five passengers were found COVID-positive at the Delhi airport. One passenger who took a connecting flight to Chennai was tested there and found positive," an official in Delhi said.

A second flight from London landed in Delhi at 6 am on Tuesday and two more were scheduled for the night. All the passengers were being tested, said Dr Gauri Agarwal, founder of the Genestrings Diagnostic Center handling coronavirus testing at Delhi airport.

The positive samples were sent to the National Centre for Disease Control for research on the new strain using next gen sequencing technology which will help understand the implications on ongoing vaccine efficacy, Agarwal told PTI.

"The Delhi government is on alert in the wake of a mutated coronavirus strain detected in the UK," said Delhi Health Minister Satyendar Jain..

Jain said Delhi has fought difficult battles with COVID-19 and all efforts will be made to ensure the gains are not reversed.

Other states were also on guard.

In Kolkata, a West Bengal Health and Family Welfare Department official said those sitting near the two passengers who were positive will be told to be in home isolation for two weeks.

"The Air India flight from London arrived at around 10.30 am," said Deputy Municipal Commissioner of Ahmedabad Municipal Corporation Om Prakash Machra. The entire process of testing ended only in the evening with 275 passengers tested. Of the four who tested positive, one is a British national.

Punjab Minister for Medical Education and Research O P Soni said the eight who tested positive for the infection in Amritsar will be quarantined.

With passengers inside the terminal buildings for hours, anxious relatives waited outside for some news.

Amrik Singh, whose son Sukhwinder arrived from the UK, was one of them.

“I got a message from inside that several passengers have protested the delay in the sampling and testing process. I failed to understand why all passengers have been detained there for more than 12 hours on the pretext of testing,” he said.

In Mumbai, no COVID-19 symptomatic person was on board the three flights that came in on Tuesday with about 590 passengers on board.

Officials in Hyderabad said 358 passengers had arrived in Telangana from the UK over the last week and efforts were on to trace them.

As concerns over the spread of the COVID-19 variant mounted, the government put out SOPs that were detailed and exact.

The health ministry's guidelines for epidemiological surveillance described the activities to be undertaken at the point of entry and in the community for all flyers who have travelled from or transited through the UK from November 25 to December 23.

It stated that all travellers from the UK will be required to declare their travel history of the past 14 days and fill up a self-declaration form to be screened for COVID-19.

All passengers coming from the UK from December 21 to 23 would also be subjected to RT-PCRs test on arrival and this has to be ensured by respective state governments, the SOP stated. Those found negative at the airport would be advised quarantine at home and followed up.

State authorities would be responsible for earmarking specific facilities isolation and treatment of positive patients.

Also, contacts of such travellers found COVID-19 positive at airport testing would be subjected to institutional quarantine and tested according to ICMR guidelines.

"Necessary action to send the samples to the National Institute of Virology (NIV), Pune, or any other appropriate lab for genomic sequencing will be initiated at the facility level," it stated

"If the genomic sequencing indicates the presence of a new variant of SARS-CoV-2, then the patient will continue to remain in a separate isolation unit. While necessary treatment as per the existing protocol will be given, the patient shall be tested on 14th day, after having tested positive in the initial test,” it added.

The ministry also stated that state-wise passenger manifest of the flights from the UK landing at various airports in India for the past four weeks from November 25 to December 23 shall be conveyed by the Bureau of Immigration to the state government and Integrated Disease Surveillance Programme so the data would be provided to the surveillance teams.

The new SARS-CoV 2 variant is said to be 70 per cent more transmissible, though health experts say there is no evidence that it is more deadly or would react differently to vaccines.

Several researchers have supported the temporary travel bans to and from the UK to stall the spread of the new viral strain.

“The strain has also been found in Australia, South Africa, Brazil and Italy. It is absolutely essential to stop the travel to spread this new strain in the world,” said Deepak Sehgal, professor and head of department of Life Sciences, Shiv Nadar University.

The new strain was first detected in the UK in September. In November, around a quarter of cases in London were the new variant. This reached nearly two-thirds of the cases in mid-December. 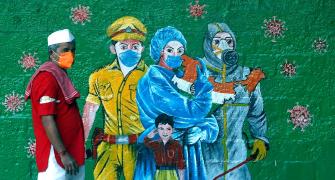 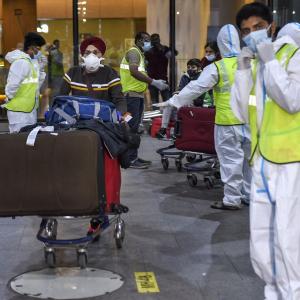 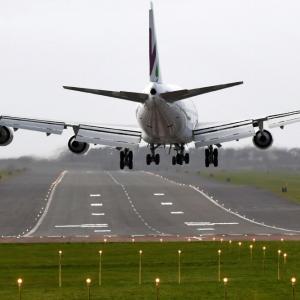