Parties can decide if our draft is anti-constitutional: Anna

Source: PTI
June 24, 2011 18:04 IST
Replying to criticism that he was seeking to create a 'parallel government' through a Jan Lokpal bill without accountability, flouting the basic structure of the Constitution, social activist Anna Hazare on Friday said all parties should decide if that was the case.

"We have decided to approach leaders of all political parties and show them the government's draft and our draft. We will ask them to study the two drafts and let us know if they find anything that is against Constitution in our draft. We would like to know if our draft is an attempt at forming a parallel government," said Hazare.

The Gandhian said civil society members would ask the leader of all parties their views on the drafts and how to go about eradicating corruption in our society. "We will meet them and tell them to decide after reading our draft, so that no one says later that they were not shown the draft," he said.

Asked about Congress General Secretary Digvijay Singh's reported 'warning' to him not to fast again else he may get the "same treatment" as Baba Ramdev, Hazare said "If the party is endangered, people like Digvijay Singh are bound to speak. They are bound to make attempts to checkmate the agitation and ensure that people do not participate," he added.

"We will make our efforts, they will make their efforts to foil the agitation. Why should I worry about that," he asked.

"Civil society members, including myself, will meet chiefs and leaders of various parties and will also tour some states. I am at my village for a couple of days in connection with court work," Hazare said.

Asked if he was open to discussions on stumbling blocks in the draft, Hazare said, "I have often said that issues could be resolved through discussions. I told this to those in the government. That you sit with us, be ready for discussions".

Hazare's remarks came after Union HRD Minister Kapil Sibal said the Gandhian leader was seeking to create a 'parallel government' through a Jan Lokpal bill without accountability, flouting the basic structure of the Constitution.

"Anna asks for prosecution powers sans accountability for the Lokpal, which means he wants a parallel government. Did our framers of the Constitution ever think of such a situation arising now,'' Sibal had said.

Hazare also took strong exception to Bal Thackeray's allegation that that his anti-corruption agitation was funded by corporates and challenged the Shiv Sena supremo to name such a corporate.

"Why do I need corporates? And if there is one, name it, that this corporate helped you. If that is the case, I will become your slave for life. But stop making hollow claims. It is not alright to accuse and defame someone," he added. 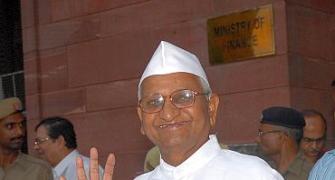 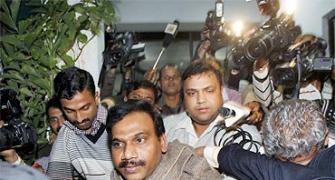 Corruption can't be brushed under the carpet 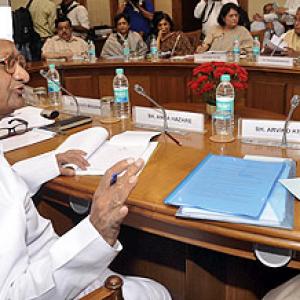 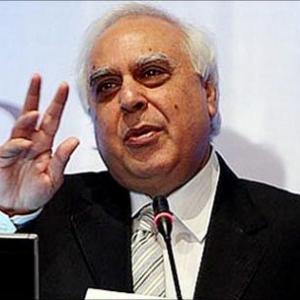