Nearly seven years after they returned the gallantry medals protesting delay in hanging of Afzal Guru, family members of Parliament attack martyrs today said they were now ready to accept the honour.

Teary eyed kin of the martyrs said they will personally meet President Pranab Mukherjee to convey their gratitude to him for rejecting the mercy petition of Guru which paved the way for his hanging this morning and ended their 11-year wait for justice.

"Der aaye durust aaye (better late than never)" said Gautam Negi, son of Matbar Singh Negi who was duty on December 13 on the fateful day as part of the Parliament watch and ward staff.

The family members said they will accept the gallantry medals given by the government in honour of the slain personnel which were returned by them in 2006 as a token of protest against delay in delivering justice.

"We got justice and I cannot explain in words how relieved we are today," said Prem, widow of J P Yadav, who was Security Assistant in Rajya Sabha when he laid down his life in the gun battle on December 13, 2001 to defend the Parliament building from terrorists and was conferred Ashok Chakra posthumously in 2002.

"The gallantry awards which were given earlier will be a homage and honour in true sense to the martyrs now," Prem, a private school teacher and mother of two, said in Jaipur.

Negi said the hanging of Guru will send a strong message to terror organisations which are thinking of creating trouble in India. "This should have been done long ago. It is late but we are happy," he said.

"I came to know about the hanging when I switched on my TV this morning. I am very happy today and I would like to take this opportunity to thank President Pranab Mukherjee for rejecting Afzal Guru's mercy plea," said Jayawati, wife of late Vijendra Singh, Head Constable, Delhi Police who was killed in the attack.

Ganga Devi, wife of Nanak Chand, Sub Inspector of Delhi Police who was also killed in the attack said execution of Mumbai terror attack convict Ajmal Kasab last year gave her hope that she would get justice.

"I was losing all hope for justice, but last year when I heard of Kasab being hanged, I thought Afzal too would meet similar fate one day. I am very happy today," said Ganga Devi.

43-year-old Guru, a medical college drop out and resident of Sopore in North Kashmir, was executed at 8 am and buried in the Tihar prison premises in a secret operation.

A special court had sentenced Guru to death in December 2002 for his role in aiding and abetting the attack which was upheld by the Supreme Court on August 4, 2005.

Maninderjeet Singh Bitta, Chairman of All-India Anti-Terrorist Front who has been supporting their fight for justice, said the families have decided to accept the medals which they had earlier returned.

"We would meet both the President and the Home Minister and thank them," said Bitta.

Kalpa Devi, wife of Matabar Singh Negi, said, "Although it was late, but justice has been done."

A journalist, who was injured, died later. All five terrorists were shot dead by security forces.

Guru was arrested hours after the attack from a truck in the national capital. 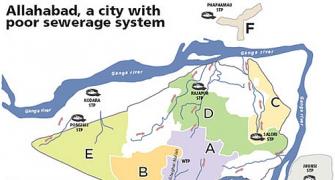