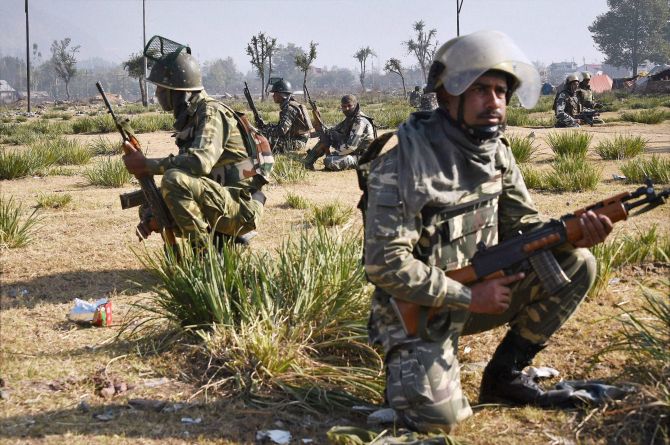 IMAGE: Security forces take positions outside the multi-storied government building where terrorists are holed up in Pampore, 16 km from Srinagar, on Tuesday. All photographs: S Irfan/PTI Photo

The operation to flush-out terrorists holed up inside a government building in Pampore area on the Srinagar-Jammu National Highway entered the second day on Tuesday, even as security forces launched a fresh offensive against the ultras.

An army official said the area around the Entrepreneurship Development Institute premises has been cordoned off and exchange of fire was going on.

“Security forces have launched a fresh offensive this morning to flush-out the militants,” the official said. 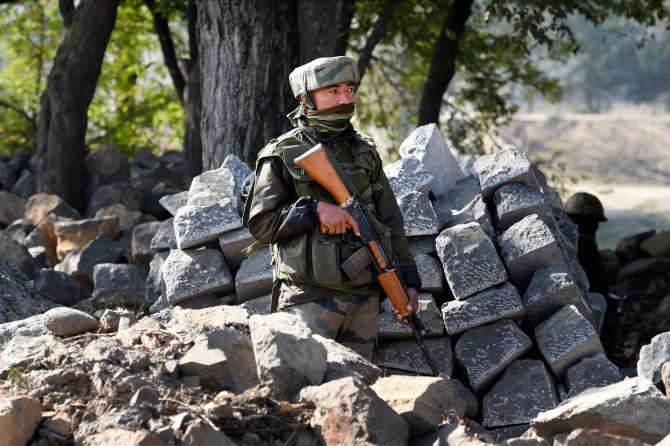 IMAGE: A soldier taking position outside the building.

Two to three terrorists stormed into the EDI complexes in the wee hours on Monday and took positions inside one of the buildings.

The ultras could have entered the complex from the riverside but that can only be ascertained once the operation is over. 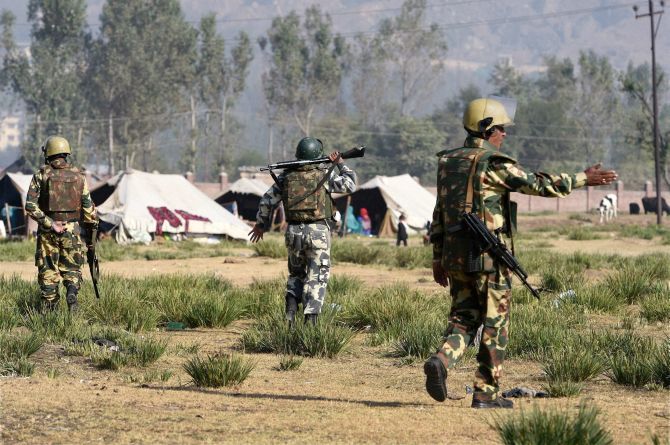 IMAGE: Personnel secure the area outside the the EDI building.

After getting inside the complex, the militants set on fire few mattresses inside a hostel room to attract the attention of the police and other security forces, which arrived within minutes of the smoke emanating from the building.

In the initial exchange of fire, one army soldier was injured, the official said.

The security forces yesterday used mortar shells, Light Machine Guns and other small arms to flush out the militants but so far have not been successful, the official said. 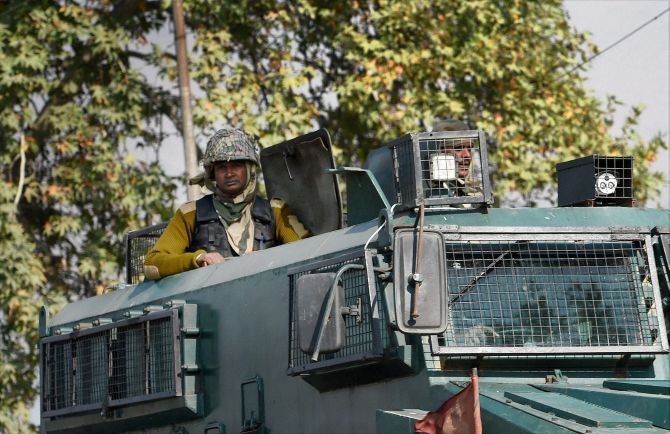 Terrorists had targeted the EDI building in February this year as well.

Five security force personnel including two young army officers and a civilian employee of the Institute and three terrorists were killed in that operation that lasted 48 hours.