Stepping up its offensive, Israeli forces on Wednesday h 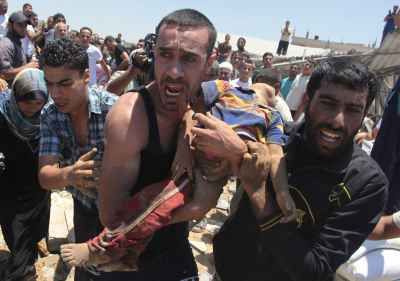 it about 200 targets in the Hamas-ruled Gaza Strip killing at least 17 people, triggering a retaliation from the Palestinian group which fired a barrage of rockets deep into the Jewish state in the bloodiest conflict since 2012.

Israel also mobilised thousands of forces along the Gaza border for a possible ground operation.

The army is ready for all possibilities, Prime Minister Benjamin Netanyahu said after holding a cabinet meeting on Wednesday.

"The operation will expand and continue until the fire toward our towns stops and quiet returns," he said, as Israeli jets pounded Hamas positions for the second day today, bringing the death toll to 44, including women and children.

It brought to 440 the number of targets in Gaza attacked as part of "Operation Protective Edge".

More than 180 rockets hit various parts of Israel on Wednesday with the Islamist Hamas, which controls the Gaza Strip since June 2007, claiming responsibility for most of them.

Rocket alert sirens sounded in Zichron Yaakov today, some 120 kms north of the Gaza Strip, signalling that Hamas has now developed the capability to hit targets anywhere in Israel.

The Israel Defence Forces confirmed that two rockets fell in open areas of the Hof Hacarmel Regional Council south of Haifa, some 165 kilometres north of Gaza. It was the furthest a rocket fired from Gaza has ever travelled. There were no casualties.

According to the IDF, more than 225 rockets were fired at Israel since Operation Protective Edge began late on Monday with the Iron Dome interceptor system shooting down 20 while three rockets landed around Jerusalem, the BBC reported.

At least one militant was among the 17 killed today as well as six children and five women, Palestinian emergency services spokesman Ashraf al-Qudra said.

The IDF said their houses served as Hamas command centres and were used in coordinating the rocket fire on Israel.

Israeli warplanes also bombed the home of a senior Islamic Jihad militant in Beit Hanoun post-midnight, killing him and five members of his family.

A Gaza health ministry spokesman confirmed that the attack killed Hafiz Hamad and five members of his family.

"It's genocide -- the killing of entire families is genocide by Israel against our Palestinian people," he told a crisis meeting of the Palestinian leadership in the West Bank city of Ramallah.

"What's happening now is a war against the Palestinian people as a whole and not against the (militant) factions."

Abbas demanded that Israel "immediately stop" its air campaign and has called on the international community to pressurise Tel Aviv to halt its military campaign.

The Israeli offensive intensified after calls from Prime Minister Netanyahu to make Hamas pay for their rocket attacks and instructions to the army to "take off the gloves" in dealing with the Islamist faction that has controlled the Gaza Strip since June 2007.

Hamas hit back with long-range rockets that pushed people to the safe shelters in major population centres including Tel Aviv and Jerusalem, which have relatively remained safe from rocket attacks. It warned that all Israelis are now targets.

Hamas' armed wing, Ezzedine al-Qassam Brigades, claimed that it had fired four M75 rockets at Jerusalem. There was no confirmation over that claim but an army spokesperson said that a rocket fell in Hadera, about 105 kms north of Gaza.

Residents of Jerusalem were caught off-guard last evening as sirens wailed across the Holy City and three loud explosions were heard and a series of flashes lit the sky.

Israeli Police said one rocket fell in the vicinity of Ramat Raziel, some 10 kms from the city's southwestern flank and two more fell in outlying areas, but caused no casualty.

Hamas also fired four rockets at Tel Aviv, 60 kilometres north of Gaza, setting sirens off across the city. Another rocket fired earlier on Israel's most populous city was shot down by the Iron Dome anti-missile defence system.

Schools in a radius of 40 kilometres from Gaza have been closed today and Israelis living close to the Gaza border have been advised to stay close to safe shelters.

Tensions rose last week with the murders of three young Israelis in the occupied West Bank and a Palestinian teenager in Jerusalem. Israel says Hamas was behind the abduction and murder of the Israeli youths -- a claim it denies.

A day after their funerals, the Palestinian youth was abducted in East Jerusalem and murdered. Police have arrested six Jewish suspects and say it seems the 16-year-old was killed because of his nationality.

Image: People carry the body of a Palestinian boy killed in an Israeli air strike on his family's house in Gaza city on Wednesday 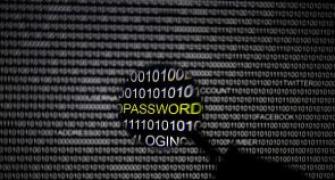 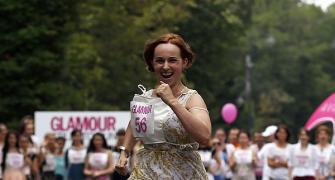 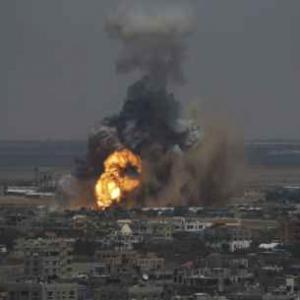 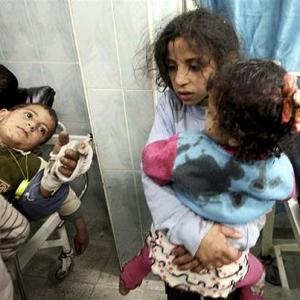