Pakistan on Saturday launched its biggest ever Army exercise invloving 50,000 soldiers to train them to prepare for the threat of a conventional war with India in the Cholistan desert along the country's eastern border.

The Azm-e-Nau (New Resolve)-3 exercise started with the demonstration of "dispersal techniques" by troops in a "battle-like situation."

The exercise is the culmination of a year-long training process initiated in light of army chief Gen Ashfaq Parvez Kayani's directive to observe 2009-10 as the "year of training."

About 50,000 troops and air force elements will participate in the wargame that will continue till May 13.

To provide troops the feel of a battleground, soldiers have been divided into Blue Land and Fox Land, with the latter representing Pakistan's adversary.

The exercise is the culmination of a process of wargames, discussions and evolution of a concept of warfare that is fully responsive to a wide array of emerging threats facing Pakistan.

Army officials said before the launch of the manoeuvres that the exercise is aimed at training troops for a conventional war along the eastern border with India.

The Pakistan Air Force's ongoing High Mark 2010 exercise will be fully integrated with the army wargame.

Azm-e-Nau 3 will be Pakistan's biggest army exercise since the Zarb-e-Momin of 1989. 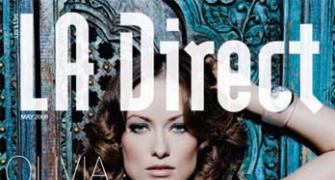